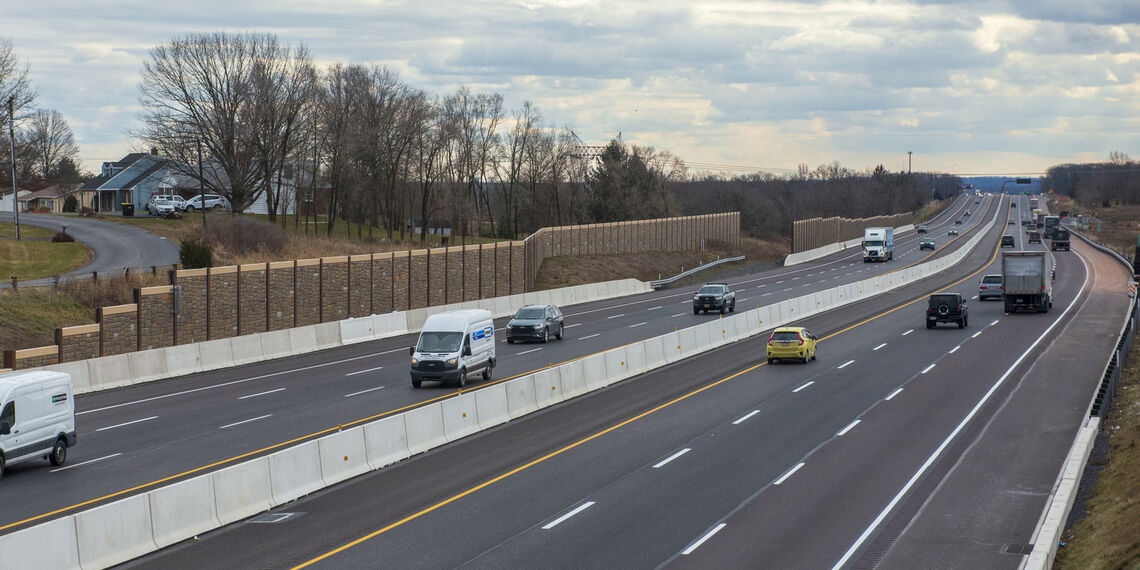 Urban has served as the design consultant for the Pennsylvania Turnpike's widening initiative since 2004, and the firm was excited to bring innovation to this portion of the highway.

The MP A31.34 to MP A37.39 section of the Pennsylvania Turnpike’s Northeastern Extension was constructed and opened in the mid-1950s. At that time, the lands to the east and west of the right-of-way were largely vacant or farmland. However, after the Turnpike’s construction, the area underwent rapid growth and use of the Turnpike increased significantly. Because of this increase, the Pennsylvania Turnpike Commission sought to enhance the capacity of this corridor while being sensitive to the development which emerged along its right-of-way. Urban has served as design consultant for the Commission’s Turnpike widening initiative since 2004, and the firm was excited to bring innovation to this portion of the highway.

This project consisted of approximately seven-miles of full-depth roadway reconstruction and widening from south of SR 1008 – known as Fretz Road – at MP A31.73 to just north of T-446 – known as Clump Road – at MP A37.72. Staged construction was used to take the turnpike from two lanes in each direction to three lanes in each direction, widening the median from four feet to 26 feet, and replacement of four mainline bridges. The project included retaining walls; culvert extensions; culvert replacements; sound barrier walls; four monopipe sign structures, including one dynamic message sign; pavement marking and signing; an ITS system; traffic control; erosion and sediment pollution control and permitting; stormwater management; a stream relocation; and a wetland mitigation site. The contract also included five separate advanced overhead bridge replacements; four of which were separate design and construction contracts.

Due to development in the area and limited Right-of-Way, it was essential that stormwater runoff be treated to minimize the quantity and maximize the quality of the water directed to adjacent streams and ditches. Post-construction stormwater management basins and rain gardens were designed at critical outlet points throughout the corridor. 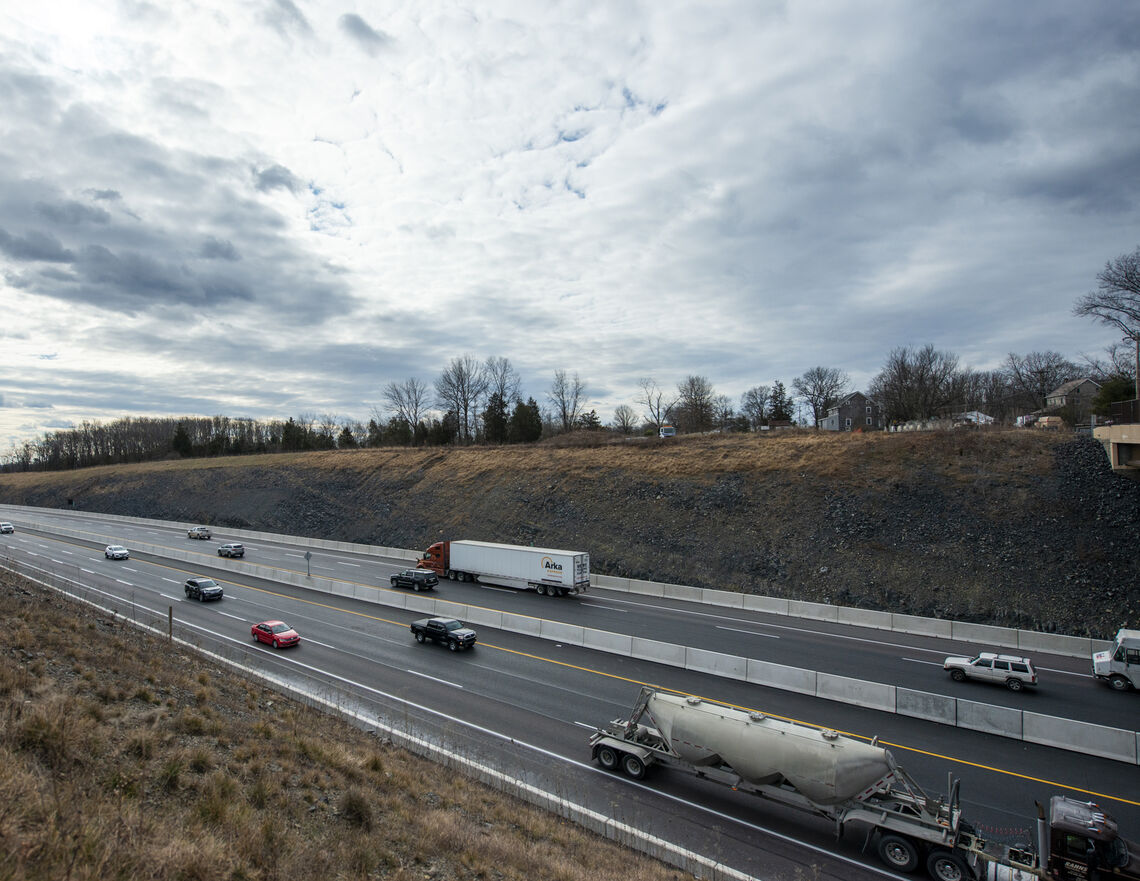 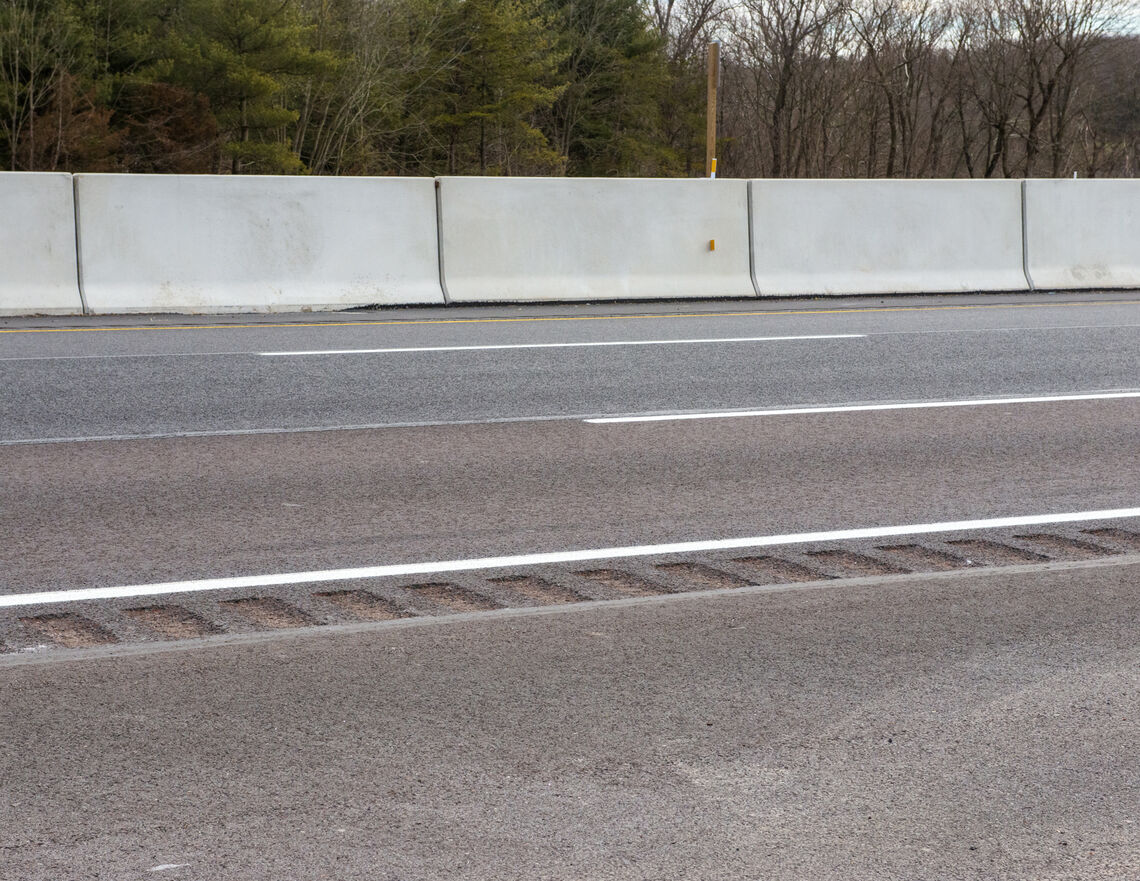 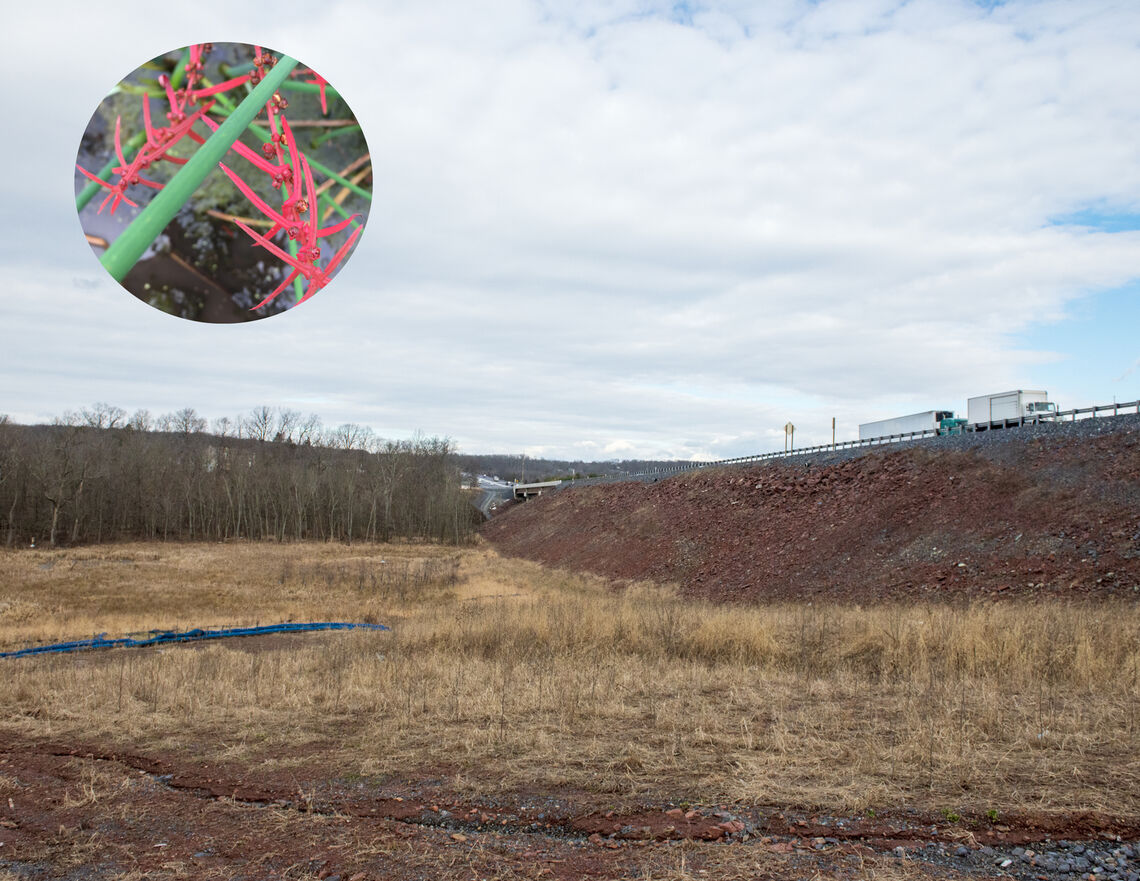 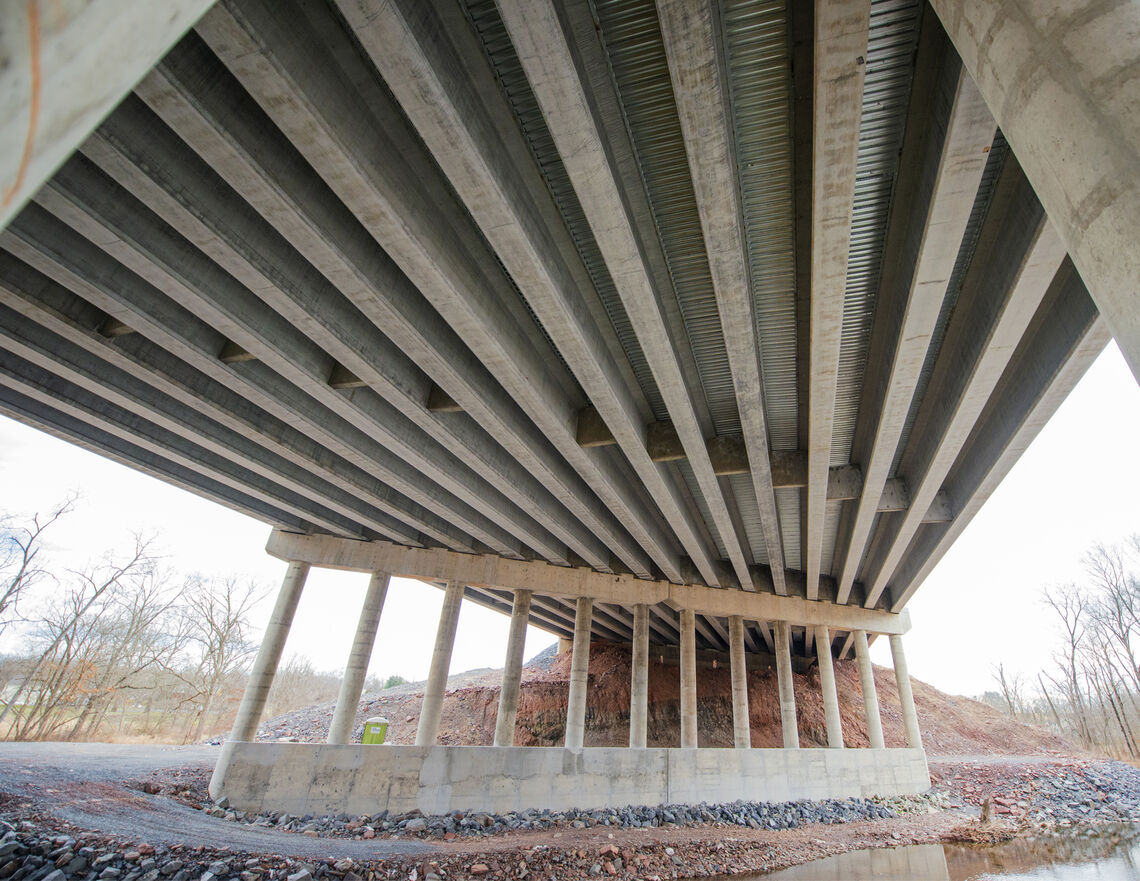 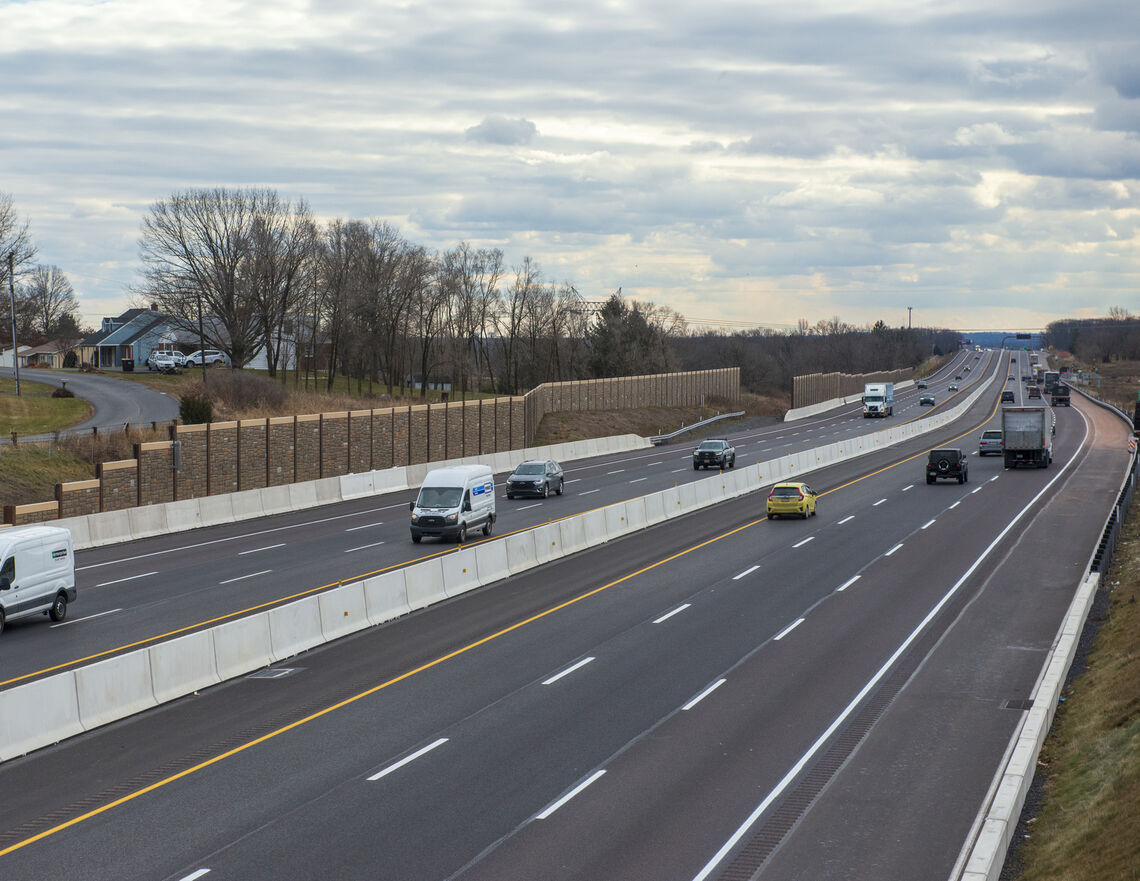 Public outreach and utility and agency coordination were paramount to the successful completion of this project as buy in from all stakeholders was mandatory. Meetings with stakeholders to understand social impacts was key, and constant communication through the Commission’s extensive public outreach program kept the adjacent property owners/businesses informed throughout the duration of final design.