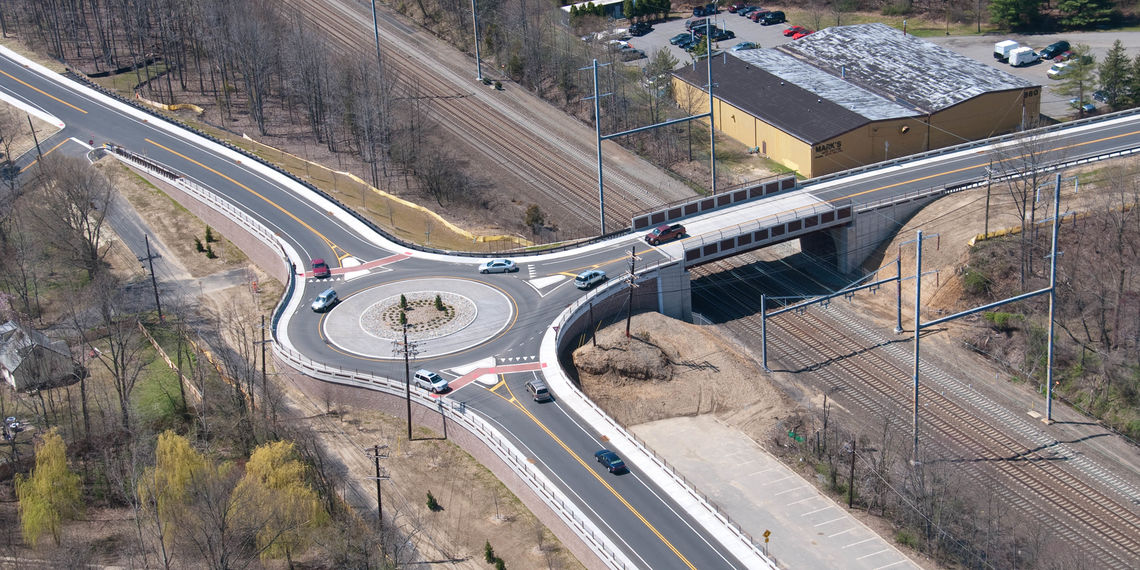 "The Alexander Road project [has] improved motorist and pedestrian safety and decreased congestion by replacing the existing, outmoded bridge and intersection with a more efficient modern roundabout and a new steel bridge complemented by sidewalks and shoulders.  The improvements will benefit those traveling to and from nearby Princeton Junction Train Station"

Urban provided fair compromise between replacing a structurally deficient and functionally obsolete bridge with preserving and respecting the context of West Windsor’s community setting.  The project achieved consensus through collaboration.  Agency and community relations activities were integrated into every phase of the project and contributed to its success.  This was accomplished by delivering a consistent message throughout the project, facilitating creative solutions with partners, and providing design details and solutions that incorporate the community context.

We were responsible for preliminary and final design of the bridge's aesthetic, functional, and safety improvements, including improved substandard horizontal and vertical geometry along Alexander and North Post Roads (two municipal roadways), adding shoulders on all bridge approaches, providing a suitable cross-section and sidewalk for bicycle and pedestrian compatibility, and developing an AASHTO-compliant modern roundabout, joining the existing non-signalized intersection of Alexander and North Post Roads.

From our discussions with the community, maintaining the look and feel of other structures within the surrounding areas was important. Therefore, the project employed Smart Growth practices and used appropriate Context-Sensitive Design (CSD) elements to make the project blend with the community, motorists, and pedestrians. Pedestrian accommodations were also key to allow area residents easy access to the Princeton Junction Train Station, which is in close proximity to the Alexander Road Bridge.

Complex Constraints for a Complex Endeavor

A significant number of difficult issues presenting themselves had to be overcome during the project. For example, all work adjacent to the Northeast Corridor required approval of detailed Site Specific Work Plans (SSWPs) for track outages.  SSWPs were developed for construction of the new bridge, removal of the existing bridge, construction of the new catenary structure, and re-profiling of the transmission lines (including extensions to existing transmission poles).

Required demolition and new construction had to occur without interfering with electrified transmission lines above the bridges or electrified catenary lines below them. Amtrak electric traction work for the railways below the bridge made it so that completion of the project was required within a very limited window of time.

Additionally, because of the work traffic in the West Windsor Parking Authority Parking Lot, construction could only be performed during the summer months in 2006. 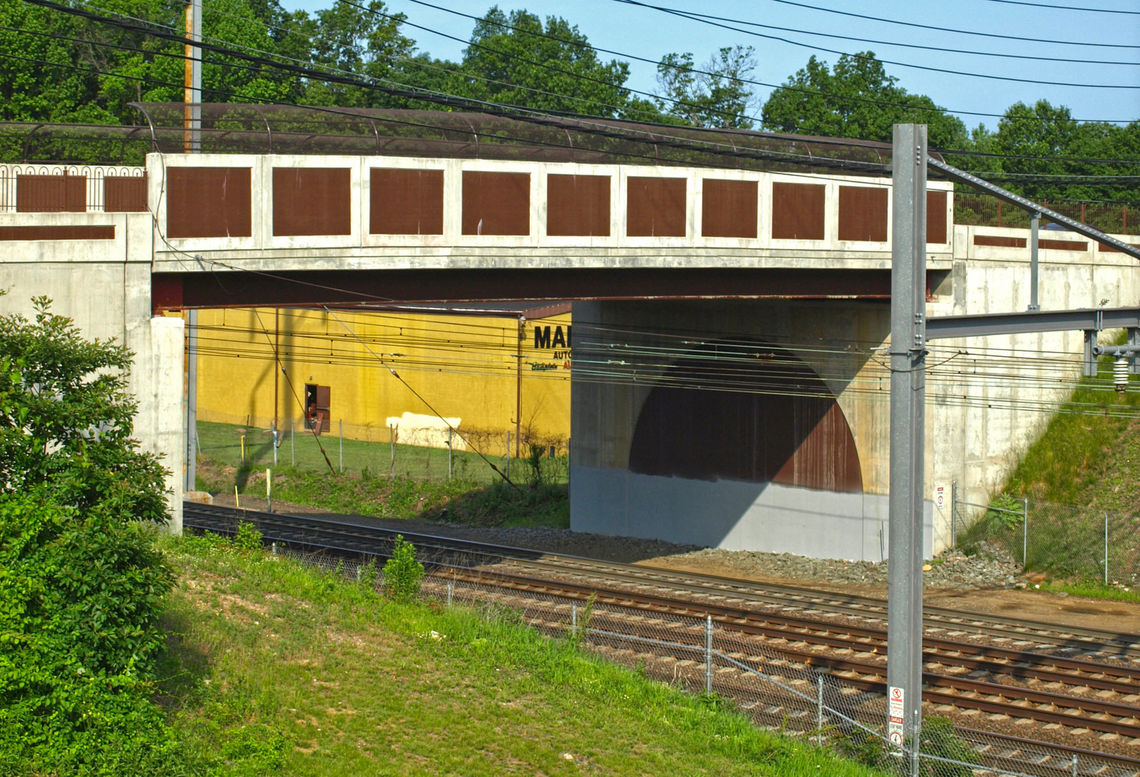 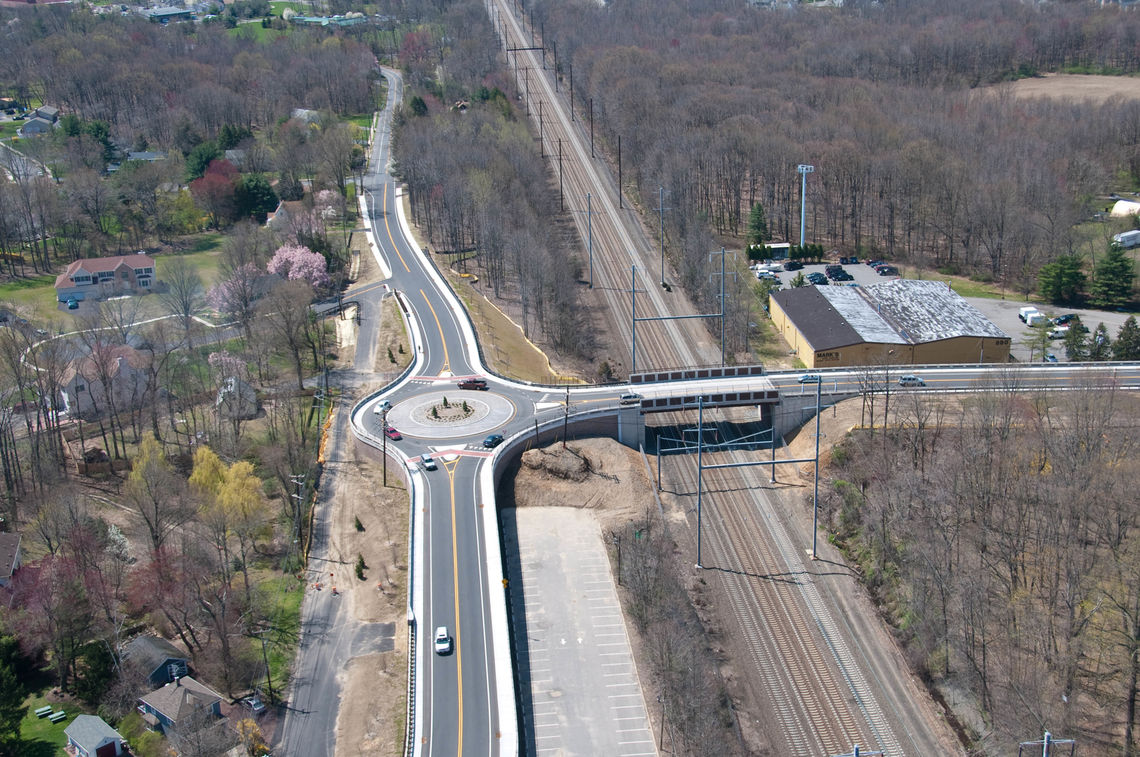 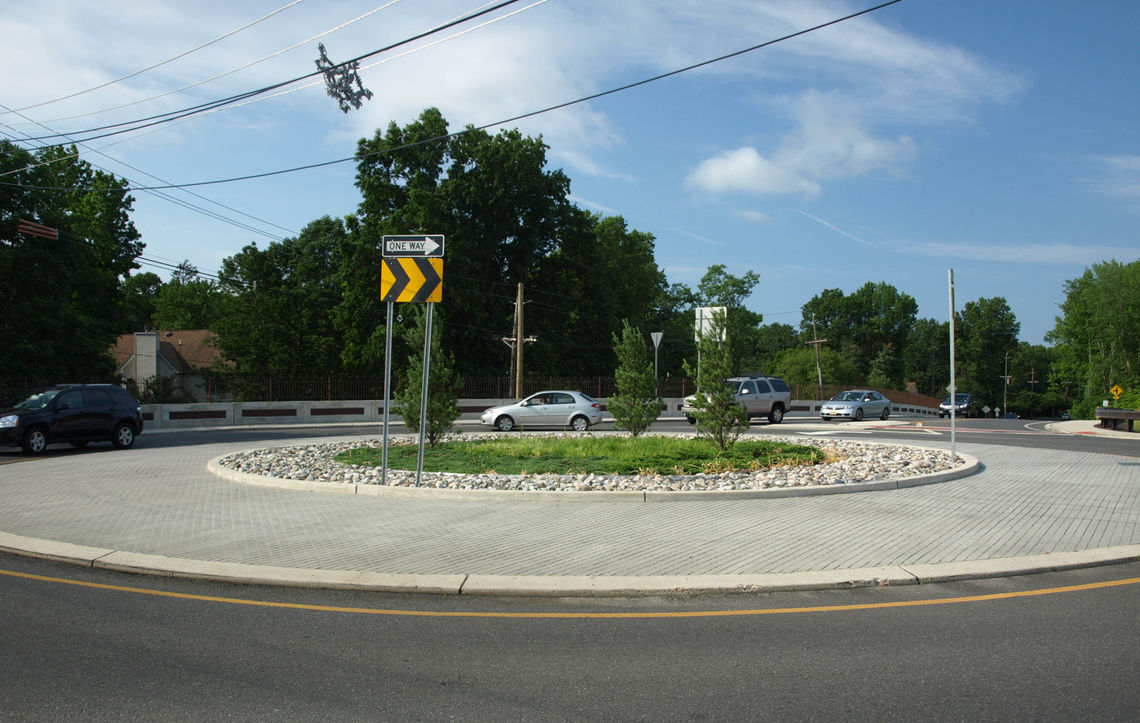 A Vital Link is Safe Again

Urban managed the project in a skillful manner, exceeding NJDOT’s expectations, resulting in a project that was delivered ahead of schedule, within budget and fully supported by the community.  Improvements were achieved without disruption to NEC service and without interfering with electrified transmission lines above the bridges or electrified catenary lines below them. The ability to accurately estimate costs and schedule construction with consideration of prevailing market conditions and project constraints was an essential component in the success of this project.