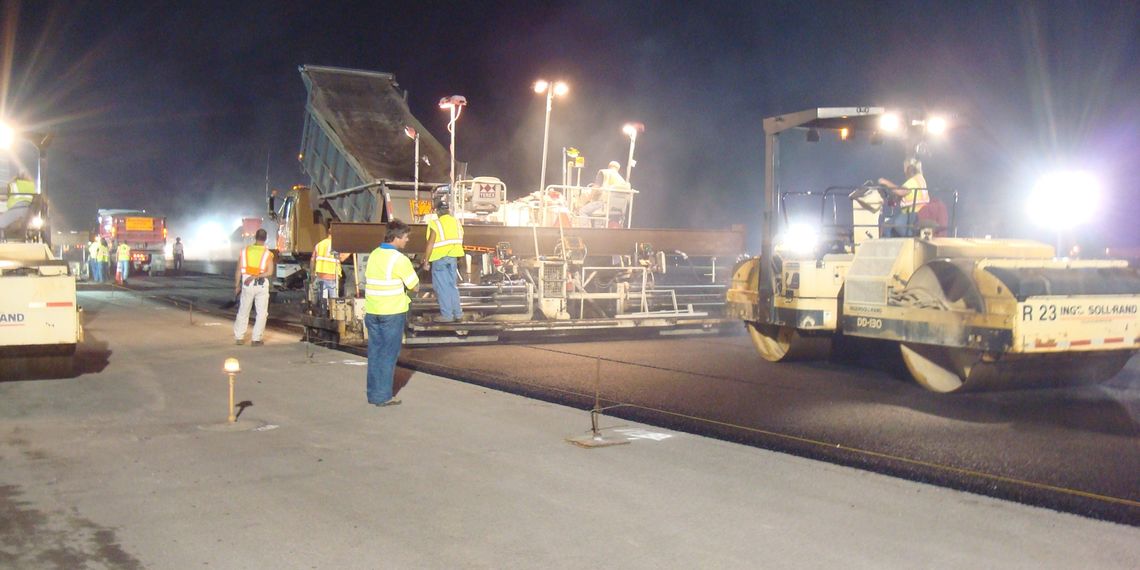 Ponding on the main runway at Buffalo Niagara International Airport — the result of poorly executed prior paving contracts — was a continual hazard to landing aircraft. During rainfall, a “conga line” of Authority-manned rotary broom trucks swept the runway surface between flights until rain subsided. This situation plagued the Authority for more than five years and was an unwarranted expense. The pond spanned the intersection with the cross-wind runway, further exacerbating the hazard.

After studying various drainage solutions to address the ponding, Urban recommended re-paving the runway profile through the intersection. For just under $1.4 million, which was less than the cost quoted to the Authority by other design teams, runway ponding was eliminated.

Urban designed the grading to a very tight tolerance while maintaining the unique slope and grade of the runway — it does not follow a typical crown on centerline — through the intersection. The design included stringent controls on the construction methods, which featured GPS-based string-line methods to control milling machines and pavers. Additionally, the phasing and staging of the milling and overlay were carefully programmed, with the paving scheduled during seven nightly runway closers. Contract requirements dictated that runways open to scheduled traffic each day for 6:00 AM departures and late evening arrivals. Substantial penalties would be incurred for failure to meet runway opening times each morning.

Before beginning work, the contractor completed two test strips that certified the bituminous material and served as dry runs of the installation methods. These test strips allowed our design and construction personnel to verify that the design was adequate and that the contractor was capable of delivering the program. During the tests, the 25-foot paver screed extensions began to float at the edges. To overcome this situation and meet the stringent grades specified, Urban recommended installing a steel beam across the back of the paver. The beam stiffened the screed across the entire width, thereby meeting the proposed grades. We specified a 25-foot wide paver to minimize the number of longitudinal joints, which are the typical source of early pavement failure.

The re-paved runway offers safer and smoother takeoffs and landings and,  by eliminating the use of broom trucks and crews during rainfall, has greatly reduced operating costs.