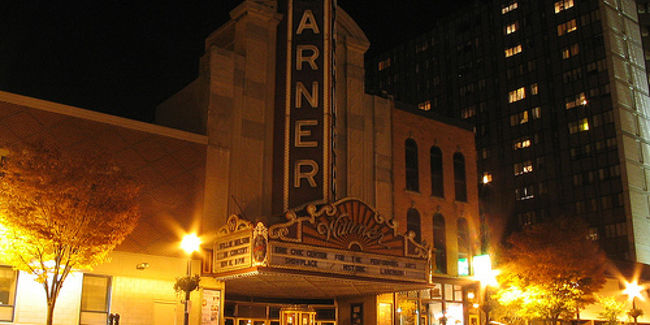 Urban performed an asbestos and lead-based paint building inspection at the historic Warner Theatre, originally constructed in 1929 by the Warner Brothers as part of a multi-million dollar theater restoration project. The Warner Theatre is a cultural center of the Erie community that has hosted some of the biggest and brightest names in show business over the years.

The investigation was completed according to the guidelines of the Pennsylvania Department of General Services (DGS), per the "Renovations/Additions Involving Asbestos and other Hazardous Materials Abatement" (Rev. 1/28/99).  During the investigation, Urban personnel identified and sampled 21 different suspect asbestos containing materials (ACMs) and obtained 31 representative samples of paint, which were submitted to an Environmental Protection Agency-certified laboratory for analysis.

Once ACMs and lead-based paints were identified through the laboratory tests, building layout plans were developed to locate and quantify the ACMs and lead paint throughout the structure.

Urban Completes the Investigation and the Specifications

This project, completed in accordance with the requirements of the PA DGS and the PA Historical Society, involved both asbestos and lead-based paint investigations and preparation of Hazardous Material Abatement Specifications.  Urban environmental personnel also served as the third party, quality control inspectors for the abatement activities.