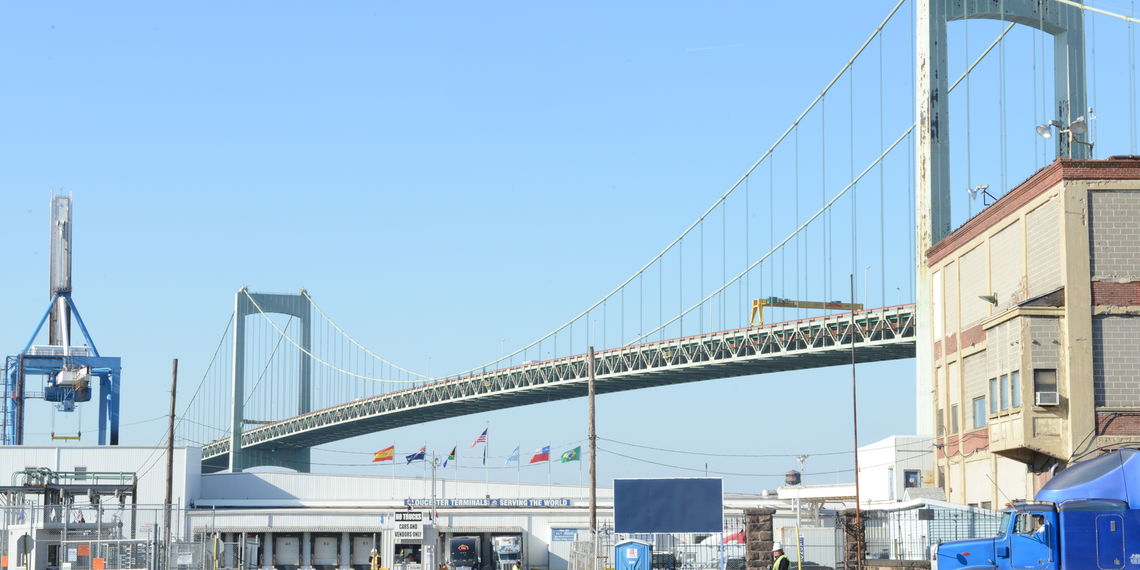 This $128 million overhaul benefits the more than 120,000 daily users of the bridge. The project was completed ahead of schedule and under budget.

After more than half a century, the Walt Whitman Bridge — a 3,540-foot-long suspension bridge linking Camden, NJ, with Philadelphia — required a major overhaul. This was an immense challenge for the Delaware River Port Authority (DRPA), who was responsible for keeping the bridge open for its more than 120,000 daily users throughout construction. Work included replacement of the  7-lane suspension span roadway deck with a lightweight concrete floating deck, replacement of the 150-foot-long cast-in-place concrete anchorage decks, and other efforts, listed below.

Urban, in joint venture, provided construction management for the project, which received the 2015 Honor Award from the American Council of Engineering Companies of New Jersey. Construction occurred next to live traffic over four years and seven long-term traffic stages. There was a full-time single lane closure and additional access-lane closures during off-peak hours. Walt Whitman reopened to full-width traffic nine months early, $600,000 under budget, and without claims.

DRPA chose to replace the concrete-filled steel grid deck with a modern orthotropic grid deck, partially filled with lightweight concrete and special bituminous overlay.  The design and material reduce the structural dead load on the bridge.  The continuous floating deck eliminates the intermediate transverse deck joints and reduces the effects of deicing salts on the structural steel supporting the deck.  To accommodate the differential longitudinal movement, more than 3,000 elastomeric bearings were installed.  The new deck and supports will be easier to maintain and are designed for longevity.

The team worked together on many occasions to develop alternative solutions which streamlined construction. For example, after reviewing research conducted by the Roadside Safety Facility at the University of Nebraska-Lincoln — in cooperation with FHWA and National Cooperative Highway Research Program (NCHRP) — the team facilitated a change to a stiffened temporary concrete barrier that eliminated the need for anchor bolts through the newly placed deck sections.

Early in the project, we also facilitiated change in design of the suspension tower finger plate deck joints.

In addition, when the contractor was unable to meet slip resistant criteria for elastomeric sliding bearings, we consulted with AASHTO committee members and the designer on an alternative. This led to development of low-friction sliding surface comprised of a stainless steel upper plate and PTFE dimpled, lubricated lower plate. A subconsultant provided shop inspection during prototype retesting and production, and field inspection was monitored. The 3,100 new bearings are critical components of the bridge’s unique floating deck design.

During construction, the contractor proposed using open panel installation, with all field cast-in-place concrete, rather than shop-placed concrete with grid panel sections. Urban recognized the benefits of this change — it reduces the number of cold joints, which can become paths for water infiltration — and worked with the team to resolve concerns with traffic-induced vibration, which led to approval of the alternative.

The contractor received the maximum contract incentive, $1.2 million, for an interim contract milestone, and a $25,000-per-day early completion milestone bonus of $5 million for completing all seven stages.