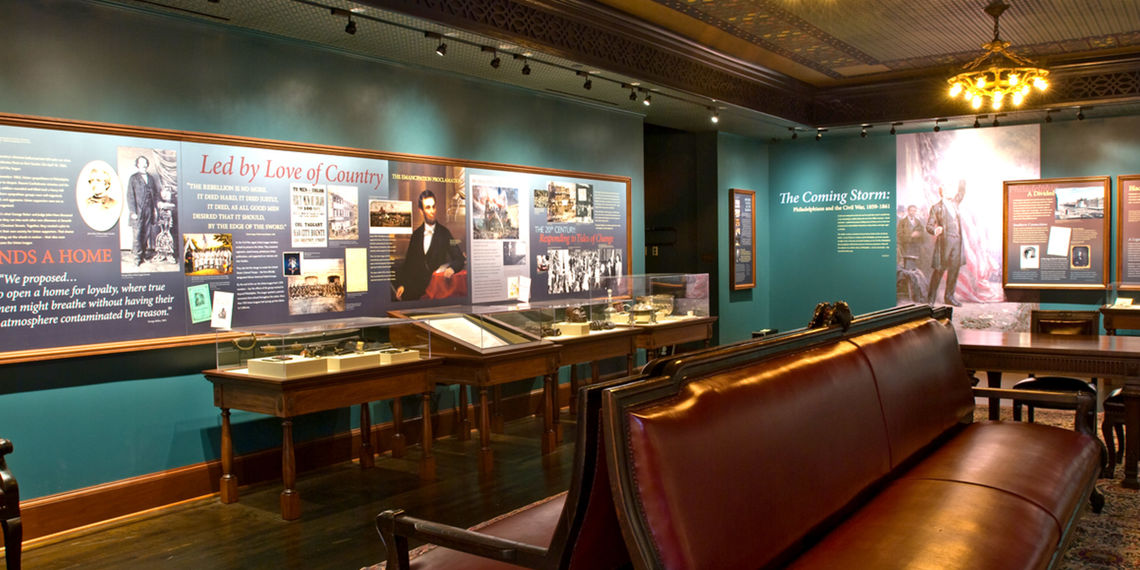 The ground floor of the Urban League safely stores and displays artificats which require museum-level controls for climate and lighting.

To coincide with its 150th anniversary celebration, The Union League, located on Broad Street in downtown Philadelphia, transformed its ground floor dining facilities into a Heritage Center displaying key artifacts. Since 1862, The Union League has been one of the city’s civic and philanthropic leaders. The League raised troops during the Civil War, helped feed the hungry during the Great Depression, and assisted veterans returning from World War II with employment. It was added to the National Register of Historic Places in 1979.

Renovation entailed selective demolition along with architectural and structural renovations. The primary challenge was maintaining the League’s historic Broad Street façade while improving the efficiency and performance of the building’s mechanical and electrical systems and integrating new ductwork and fire protection systems with the interior design.