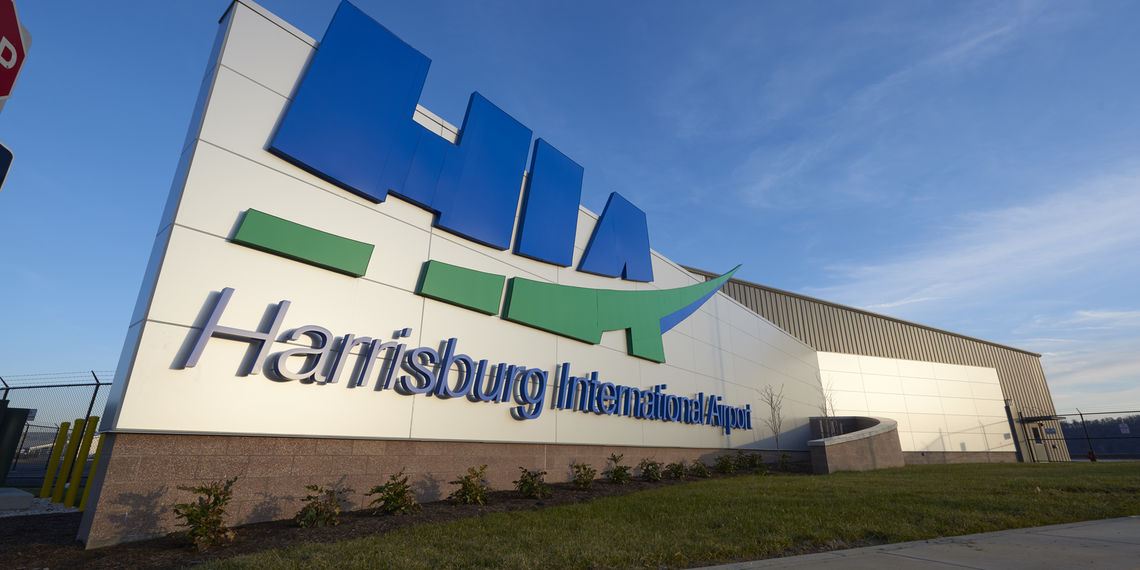 Urban has provided on-call services to the Susquehanna Area Regional Airport Authority (SARAA) for more than 15 years. Under multiple on-call contracts, we have completed more than 20 tasks, valued at over $2 million.

In an effort to repurpose existing buildings on airport property or recapture the land for another use after building demolition, Urban performed conditions assessments of the existing buildings to determine the viability for reuse. The studies included analysis of environmental conditions and hazardous materials remediation that may be required, and documentation of the building site, structural, architectural, and MEP systems. Upon completion of the assessments for the properties, Urban was directed to perform demolition design that inlcuded demolition and site restoration, grading and drainage design, and environmental permitting.

Design-bid services for flood dike repairs. The project included clearing and removal of vegetation, debris, and sediment from the dike slopes and outfalls; treatment and filling of the animal burrows, repair and restoration of the deteriorated light lane crest and slopes, repair and restoration of the flood dike slopes and riprap toe, and installation of articulated concrete block system. This project was on a highly accelerated schedule to meet FAA grant application deadlines. The project was advanced from preliminary design to bid documents in three weeks.

As part of the first phase in the Air Cargo Expansion at HIA, along with the demolition design of Buildings 26 and 96, Urban performed the conceptual design that reconfigured the intersection of Airport Drive, Olmsted Drive, Third Street, and the cargo tug road. The scope of work included the development of three conceptual alternatives, including two roundabout options and one T-intersection option. Grading plans were developed in an effort to determine the feasibility of each option, while considering complexity with elevation change from Olmsted Drive to Airport Drive, along Third Street. Each alternative considered speed limit, grade, pedestrian access and safety, ADA compliance, lane widths and horizontal geometry, turning radii, and design vehicle turning movements. Urban is currently providing design phase services for the intersection.

Urban provided design and construction management services for the demolition of a 69,000 sf abandoned power plant. The project included the installation and removal of a temporary cofferdam across a 75-foot wide intake channel, construction of a 13-foot high and 200-foot long riprap embankment, filling of the basement with crushed concrete and masonry, placement of four feet of soil fill, seeding and mulching, and asbestos abatement for eight boilers.

SARAA tasked Urban to address two major concerns with the drainage system at HIA. First, the airport was undergoing significant renovations to its terminal building, parking apron, and taxiway system, which drastically redefined the drainage areas contributing runoff to each outfall. The Authority was concerned that the redirected flow would adversely affect the performance of the existing systems. The challenge to Urban was to incorporate the available design information for these new facilities while filling in the data gaps when information was not available. The second task concerned water quality. The Susquehanna River is one of the state’s largest unpolluted waterways. The Authority recognized this valuable asset to the community and challenged Urban to develop protection scenarios. Urban’s solution was cost effective and provided layers of protection to the river. Costs were kept to a minimum by treating the high-risk area runoff as far upstream as possible, thus keeping the size of the separation devices reasonable while containing pollutants.

The dike system at HIA was constructed over 100 years ago and significant erosion was noticeably occurring in some sections. Since a failure of the dike would close down the airport, SARAA turned to Urban for expert advice. Urban performed a structural analysis of the dike and determined that the dike was in no immediate danger. Slope failures were noted in the approach lane and were partially attributed to the removal of vegetation encroaching on the approach surface. The solution entailed applying weed barrier membrane, additional rip-rap, and grout to fill the voids.

Urban was tasked with designing electrical service improvements to the ARFF building at HIA, as well as a new generator for the facility. The design included the replacement and upgrade of a 40 kW diesel generator and a new 175 kW generator that connects to the building electrical distribution system. Urban also performed construction management services for this project.

Urban provided construction management and inspection services for the rehabilitation of Runway 6-24. We verified the contractor’s work for compliance with the contract documents and FAA standards in order to maintain a high level of quality. The southern portion of the Runway (60’ X 1550’) was demolished and reconstructed; 410’ x 30” drainage pipes and 3,160’ of pavement base drain was installed; and unsuitable subgrade was addressed. Other work included Runway lighting repairs, installation of erosion and sediment pollution control measures, and pavement markings.

Urban performed a site inspection, an existing conditions report, and recommended repairs and upgrades to extend the building’s useful life. The building has since deteriorated and Urban was tasked with conducting Phase I/II Environmental Site Assessment (ESA) Site Characterization services for the Main Hangar and adjoining office building, in preparation for the future demolition of the facility. 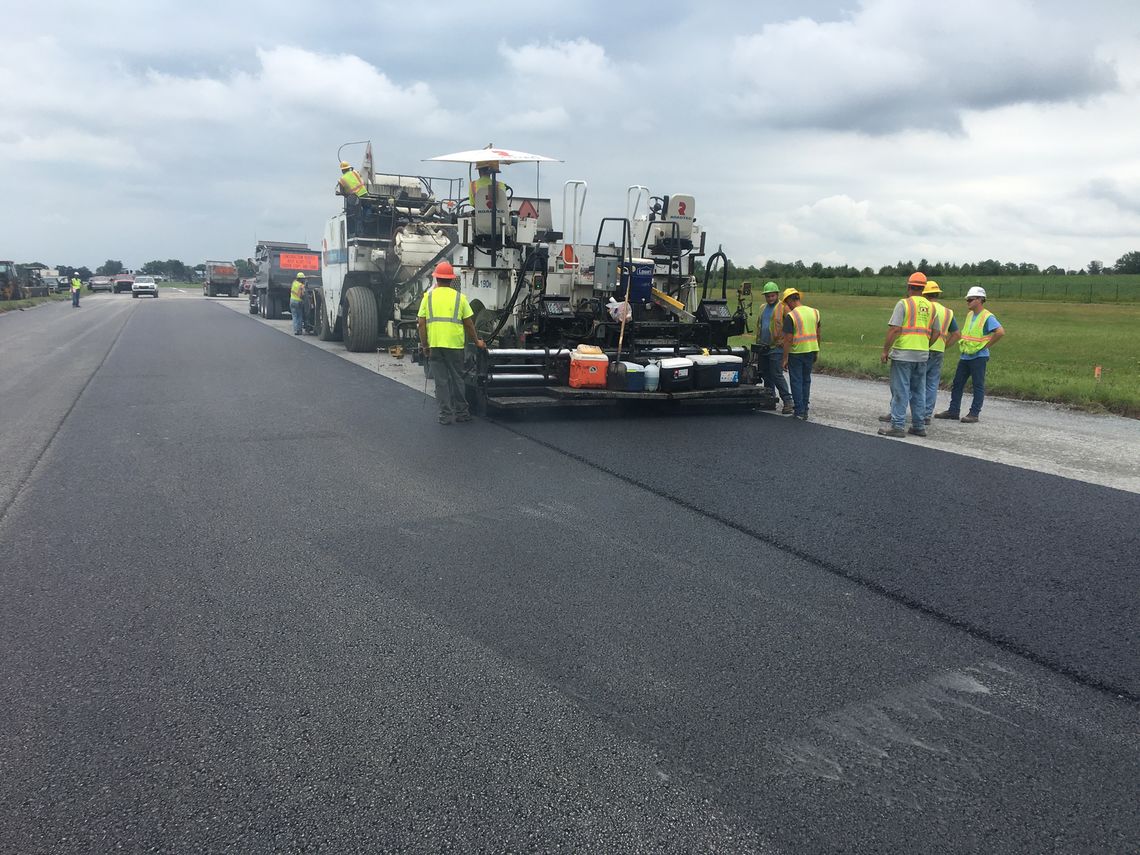 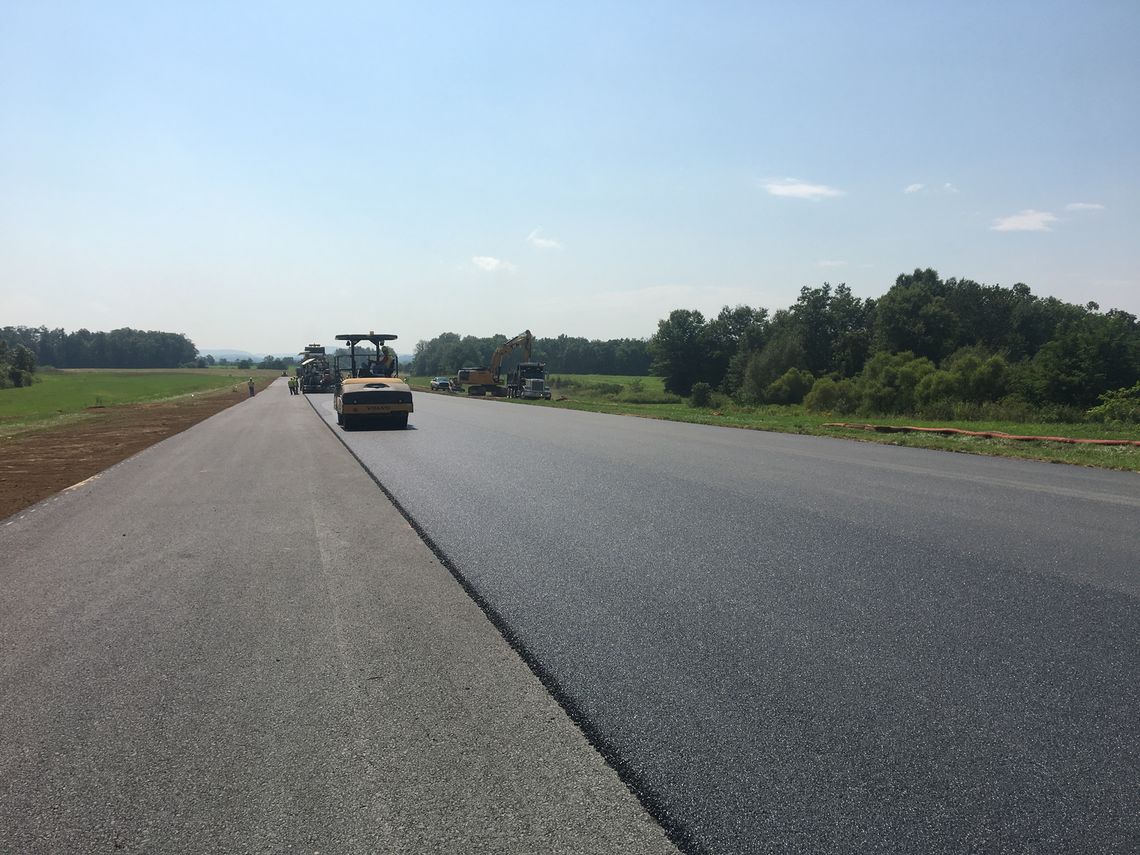 Urban is currently providing civil engineering for obstruction removal, survey, and deed and easement research for obstructions primarily off-airport and off the approach end of Runway 8 in areas where obstructions have not previously been removed. Obstructions to be addressed in this project include penetrations to the threshold siting surfaces, the 40:1 departure surfaces and the Obstruction Clearance Surfaces defined in FAA Order 8260.3B (TERPS).