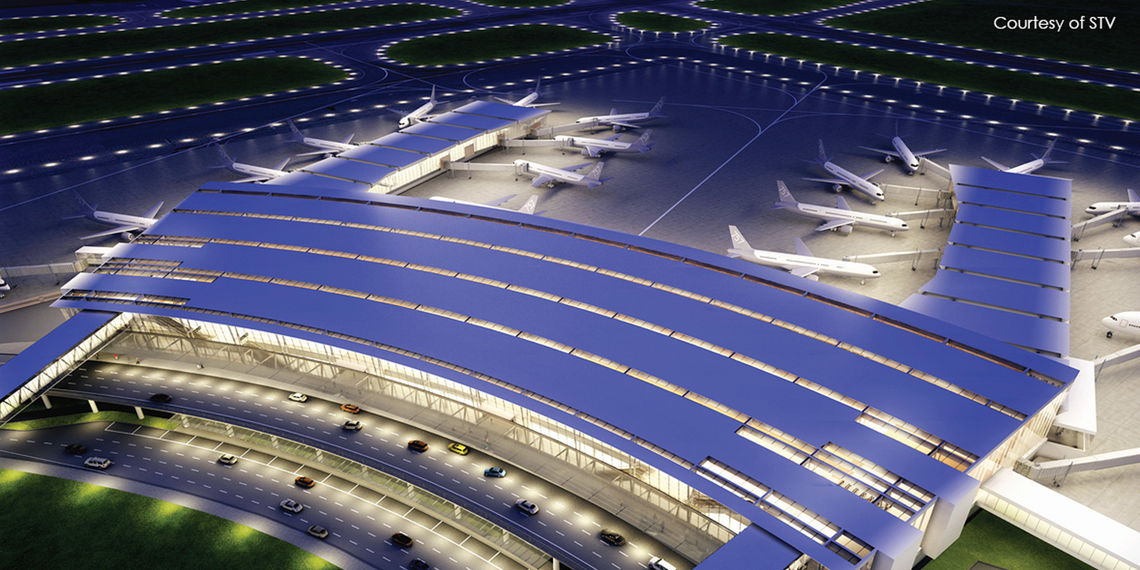 The Connecticut Airport Authority (CAA) is leading a major expansion and modernization program that will double capacity at Bradley International Airport, in Windsor Locks, CT. The goal of the estimated $930 million program is to support projected travel increases. Projects include construction of a new terminal and Consolidated Rental Car Facility (ConRAC)/parking garage as well as related upgrades to aging infrastructure.

Urban provided preliminary and schematic civil engineering design services to support conceptual design of the 19-gate West Terminal, which was developed by STV Architecture. The new U-shaped West Terminal will replace Terminal B, which was demolished in 2015. It will house ticketing, baggage screening, baggage claim, passenger hold rooms, and airline and airport operations areas.

We also provided the programming, planning, and schematic design services for the ConRAC and a 2,600-space public parking garage, in coordination with Demattei Wong Architecture. Current plans call for construction of the ConRAC prior to Terminal B, likely under a Design/Build/Operate/Maintain contract. Our work included development of site redevelopment plans and roadway design to integrate the ConRAC with the overall Terminal program. In addition, we developed schematic design concepts for modifications to the aircraft parking apron along with construction of a double deck roadway with separate arrival and departure traffic lanes and a new central utility plant (CUP) to serve the Terminal B complex. In late 2015, we also evaluated the feasibility of integrating a casino into the Terminal/ConRAC facility and prepared preliminary plans to help CAA gain approval for the casino.

Urban has developed flexible designs that integrate with current operations while accounting for future demands, other projects at the airport, and revisions to the program. One example was our evaluation of the West Terminal for two-phase construction — the concourse would be constructed only when additional gates are needed. This option would better meet budgets by providing the CAA with the flexibility to program expenditures as they arise.

We completed traffic, geotechnical, and environmental studies to gauge conditions, infrastructure needs, and future demands. Our roadway design includes connections to the current terminal complex, hotels, and Federal Inspection Station, as well as the proposed parking garage. Urban also sized the CUP to enable construction in phases and meet travel demands anticipated once the terminal is fully constructed.

CAA’s approach to construction reflects dynamic changes in American airports over the past decade. When our work at Bradley began, the Connecticut Department of Transportation owned the airport. Their goal was to replace the outdated Terminal B as quickly as possible with a state-of-the-art modern facility to complement Terminal A. At the time, Terminal A was undergoing a major expansion and renovation. 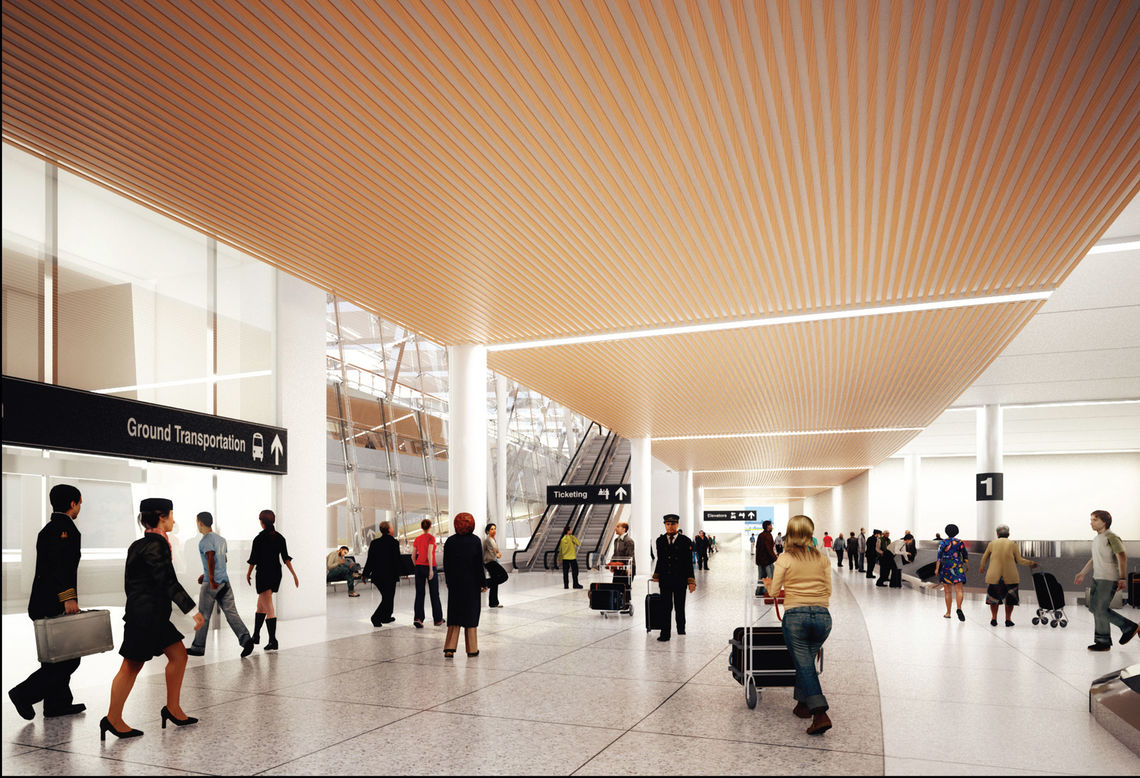