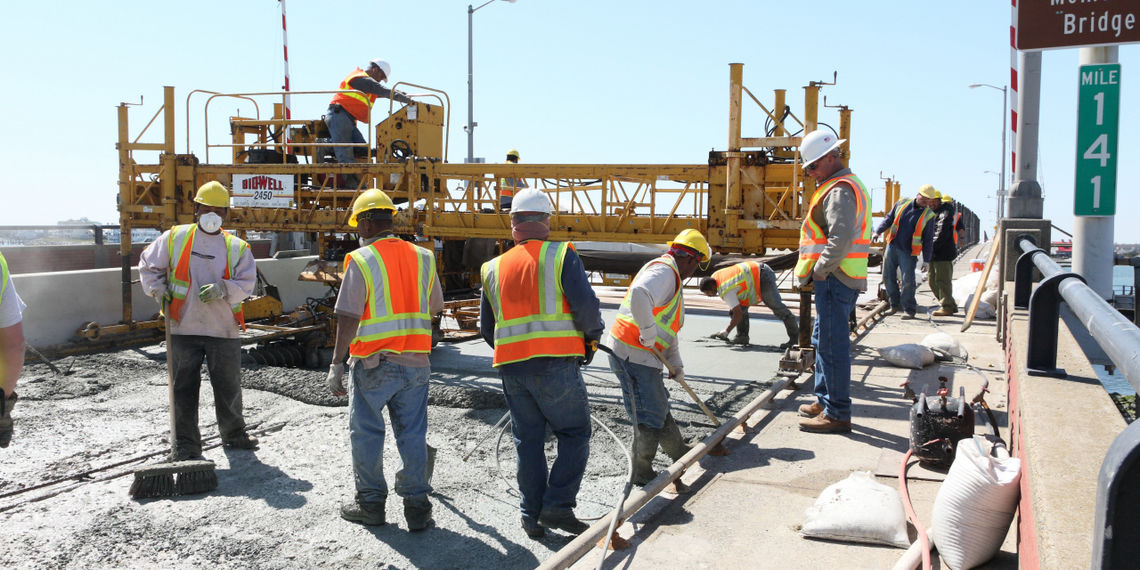 Improvements will include widening the median crossover and providing an acceleration lane along the inside lane of northbound US 13.

The SHA selected Urban to provide Surveying and Engineering Services for the Maryland State Highway Administration’s, District 1, on an On-Call Basis.  District 1 includes the counties of Dorchester, Somerset, Wicomico and Worcester. We are providing the SHA, District 1 with design services, including topographical surveys, metes and bounds, right-of-way plat preparation, highway, traffic, structural engineering; signing and marking; maintenance of traffic plans; stormdrain design; stormwater management; erosion and sediment control; ADA sidewalk and ramp design; hydrology and hydrologic designs; CADD/drafting services;  and development of preliminary and final engineering plans, such as intersection improvements and safety upgrades. Additional task assignments may include wetland mitigation design, environmental permitting, and other related construction support and special project assistance, or providing supplemental support to work within the District Office, or at other District facilities, per the directive of the SHA’s Project Manager.

Task No. 1 – US 13 at Jones and Eden Allen Road Improvements, Wicomico County:  This project is located in Somerset and Wicomico County Maryland, and is for safety improvements within northbound and southbound lanes of US 13. The limits of work are from Jones Road (Somerset County MP 20.17) to North of Old Eden Road (Wicomico County MP 0.55) for a total distance of 0.67 miles.  US 13 is classified as a rural other principal arterial, and is a part of the National Highway System. Urban is responsible for development of Preliminary Review, Final Review and PS&E Package for advertisement of US 13 at Jones and Eden Allen Road, located in Salisbury, Maryland for a project length of approximately 1.1 miles.  Improvements will include constructing a new median cross over 1650 feet north of Old Eden Road to allow vehicles exiting Old Eden Road to travel southbound on US 13.  Currently the crossover at Old Eden Road prohibits this movement.  Appropriate deceleration and acceleration for northbound southbound US 13 will also be constructed.

Similar at Jones Road, the median cross over will be improved to allow passenger vehicles exiting Stockyard Road to travel southbound on US 13.  Currently this movement is not allowed at the cross over at Stockyard Road and Old Eden Road.  Passenger vehicles are directed to travel southbound on US 13 approximately 1750 to the crossover located at Jones Road.  Improvements will include widening the median crossover and providing an acceleration lane along the inside lane of northbound US 13.  This lane will function as a continuous left turn lane allowing US 13 northbound vehicles to make a left turn into Stockyard Road.

Roadway construction will consist of grinding and overlay of existing pavement and new roadway construction including constructing a median auxiliary lane which will serve as an acceleration lane onto US 13 northbound at Jones Rd., and a deceleration lane from US 13 northbound to accommodate U-turns to US 13 southbound at Old Eden Road and a new median crossover north of Old Eden Road. Work includes performing topographic surveys and development of base mapping for the design of the turn lane improvements along with locating utilities, including comcast fiber optics.  Urban will provide the coordination and development of test pitting logs of existing utilities.  The roadway improvements will require modifications to the existing closed drainage system and several smaller drainage systems along with: signing and marking plans, re-location of overhead sign, development of phased maintenance of traffic plans, and bicycle compatibility access study.  Urban will prepare waivers for those sections that did not meet bicycle compatibility and developed proper markings and signing of bicycle facility. The design team also prepared a stormwater management report and proposed facilities consisting of micro-bioretention and earthen check dams.  Final deliverables included bid documents, special provisions, cost estimate, and addendum preparation.

Task 2 – US 50 Business Route from Ward St. to Main St. Geometric and Safety Improvement, Wicomico County: This project is located in Somerset County Maryland, and is for safety improvements within eastbound and westbound lanes of US 50. The limits of work are from Ward Street to east of Main Street for a total distance of 0.57 miles.  US 50 is classified as an Urban Freeway Expressway, and is a part of the National Highway System.  Urban prepared preliminary and final plans which included pedestrian upgrades at three intersections as detailed below, constructing east bound and west bound bike lanes utilizing outside through lanes, median landscaping, stormwater management, grinding and resurfacing, signing and pavement markings.

The work at each intersection included:

Roadway construction consisted of grinding and overlay of existing pavement and closing a section of median at Davis Street to prevent pedestrians from crossing at an unsafe intersection.  To create a more aesthetically pleasing experience for pedestrians, the median was landscaped to act as a gateway with input from the City of Salisbury.  Work included evaluation for bicycle compatibility and providing bike lanes through the project limits.  Bike lanes were added by modifying the three lane typical section to two lanes with a dedicated bike lane striped on the outside lane.  Erosion and sediment control was provided along with waivers for stormwater management due to the net decrease in impervious area within the corridor.  Final deliverables included bid documents, special provisions, cost estimate, and addendum preparation.

Task 3 – US 50 at MD 589 Geometric and Safety Improvements: We will prepare preliminary and final plans for the US 50 at MD 589 Geometric Improvements, located in Worcester County, Maryland. Work will include topographic surveys of the roadway and adjacent features, constructing an additional left turn lane from US 50 eastbound to MD 589; constructing outside pavement shoulders along US 50 westbound approach to MD 589; constructing approximately 900’ of full depth pavement widening along MD 589 northbound; stormwater management; pavement marking and signing; lighting; and bicycle compatibility.

ADA design will comply with the Maryland “Accessibility Policy & Guidelines for Pedestrian Facilities along State Highways,” and the latest federal regulations.  Base plans will be developed using as-built plans as provided by the SHA and supplemental field surveys provided by Mercado.  Our Team will also prepare contract documents for advertisement.