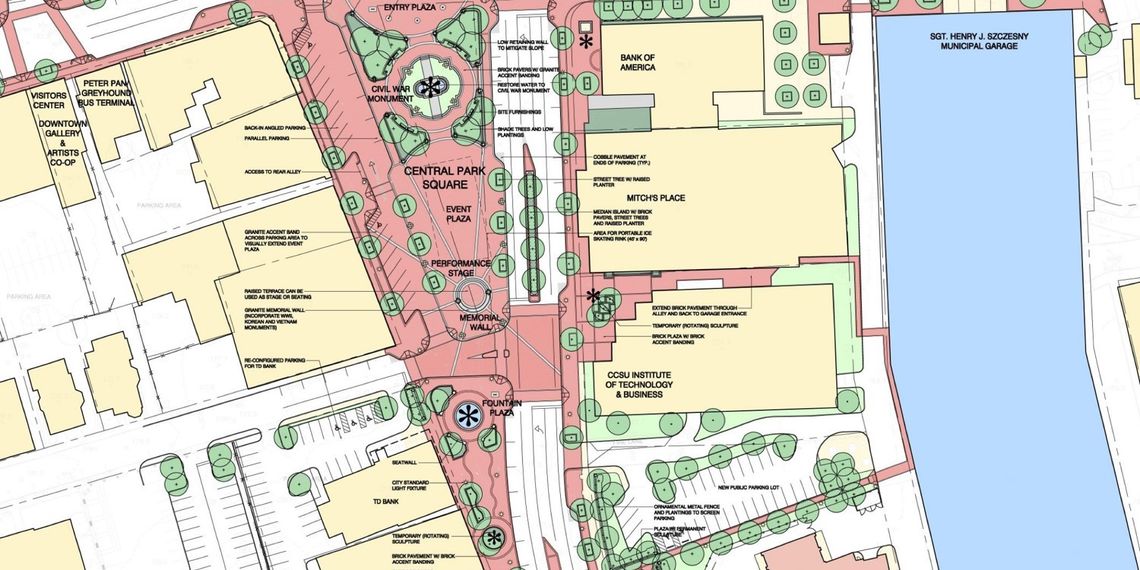 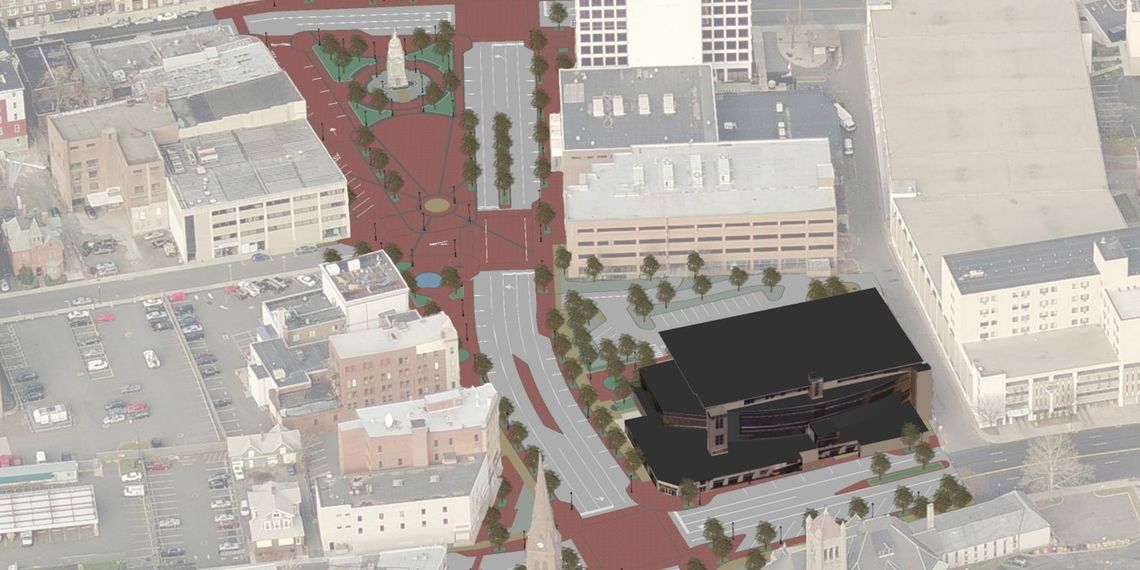 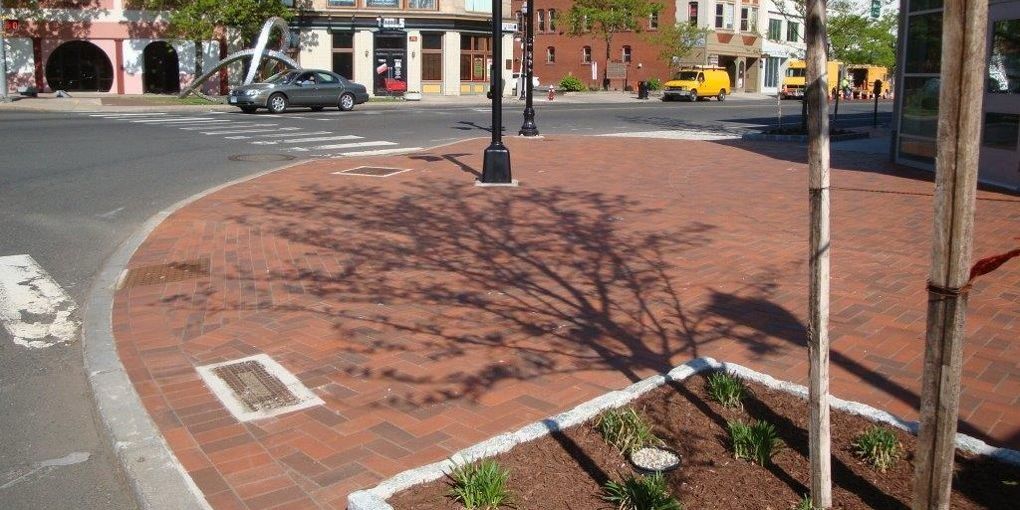 The Plan leverages the city’s best assets - its walkable downtown, open spaces, and many beautiful, historically significant buildings - with a comprehensive network of multi-modal transportation and urban design improvements.

Like many cities across the country, New Britain grew and prospered in an industrial-based economy and over time developed an auto-centric infrastructure. While known in the early part of the 20th century as the "Hardware Capital of the World,” New Britain has since struggled to reinvent itself in a new economy, and a series of decisions in the decades that followed has furthered decline. Industries closed. Regional highway networks expanded in the 1960s and severed the downtown from its neighborhoods. Urban renewal efforts during the 1970s and 1980s further degraded the downtown area by creating a street network that heavily favored vehicles over any other mode of transportation. These past planning and transportation decisions resulted in a downtown road network that was overbuilt, and a streetscape with no consistency or interest.

Not every city has the chance to realize an opportunity to change its destiny. As the southern terminus of Connecticut’s new bus rapid transit system, CTfastrak, and with most of the city within a ten-minute walk of the new station, New Britain saw the opportunity to create a solid foundation for its future – but to do so meant it needed to become a walkable, bikeable, transit-friendly community, with places where people wanted to be.

Many of the city’s best assets are still in place, such as the dense, compact, walkable downtown; the many beautiful, historically significant buildings; and its open spaces. The Complete Streets Master Plan for Downtown New Britain (Plan) is a guide that leverages these rich assets to create a more pedestrian-friendly, attractive, and livable environment throughout the downtown area. The Plan creates a comprehensive network of multi-modal transportation and urban design improvements to transition New Britain from its auto-centric infrastructure to a livable community that supports all modes. The Plan’s recommendations set the stage for New Britain to both support and benefit from the federal and state investments in CTfastrak of over $570 million. 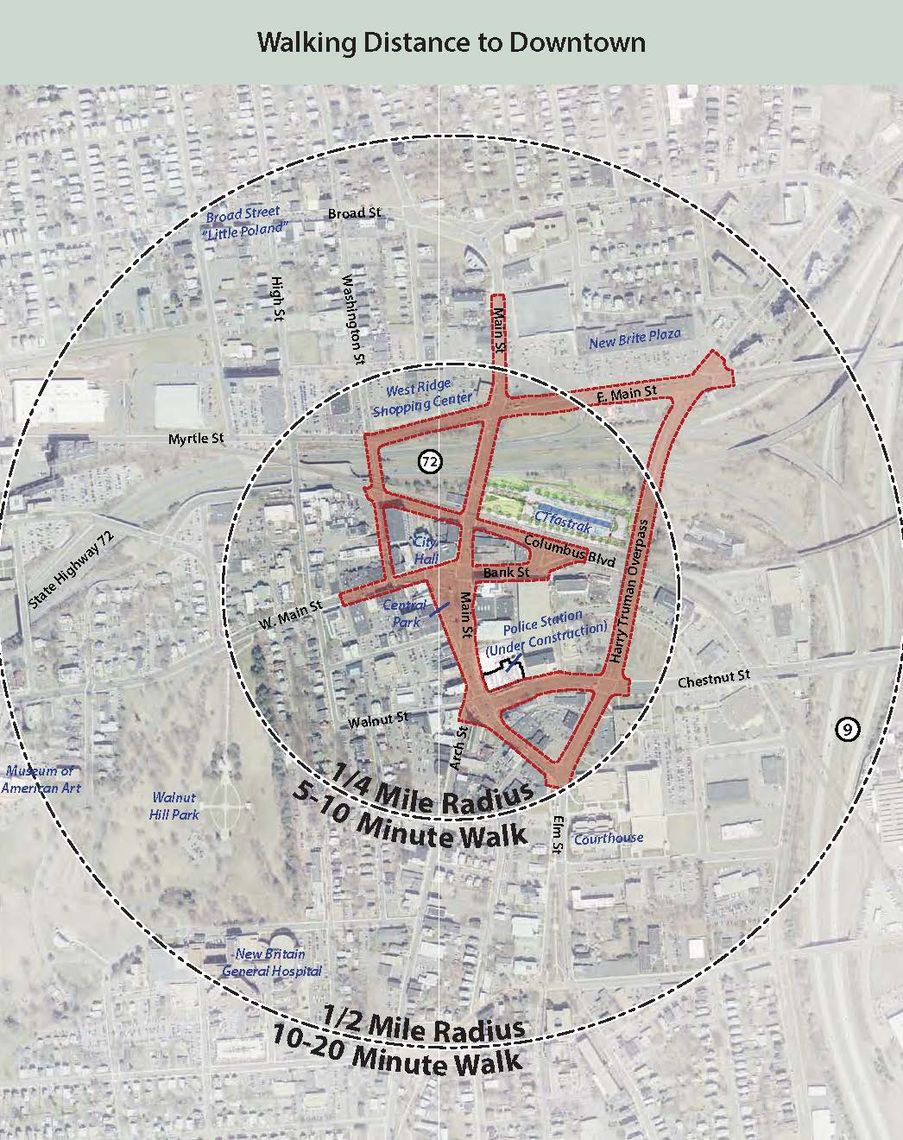 Urban was the lead transportation planning and engineering design consultant for the Complete Streets Master Plan. We designed and implemented the public engagement for the plan’s development, and coordinated the project team. Urban also wrote and produced the Master Plan. Project Team members included Richter & Cegan Inc. for landscape architecture/urban design, Rumney Associates for wayfinding, and AKRF for historic preservation.

Urban worked very closely with New Britain to make sure it understood its vision. Inclusion was a key aspect of the public process. The Plan’s development was guided by a stakeholder group that was diverse but with a vested interest in downtown revitalization. The group included business leaders, institutions, artists, residents, key parcel owners and public officials.

This Plan took a critical look at the transportation infrastructure with a goal of not only providing a new roadway typology of Complete Streets, but developing a comprehensive set of network improvements that also would set the stage for improved urban design and open space beyond the curb line.

To accomplish this objective, Urban developed a network of road diets designed to rebalance the system from car-oriented to a walkable, bikeable, transit-oriented one. Depending on location, reallocated space from the road diet network was proposed for bike lanes, on street parking, improved sidewalk space, or enhanced open space. VISSIM was used to test the first phase of the road diet network, New Britain’s downtown spine, Main Street.

The road diet network concept resulted in a comprehensive redesign of nine intersections, with pedestrian enhancements to improve safety and reduce crossing distances. In some cases the size of an intersection was reduced approximately 60%.

For more information on road diets, please see this video produced for the NJDOT Office of Bicycle & Pedestrian Programs:

Parking is a critical component of transportation and an important part of an economically viable downtown. The planning process challenged the notion held by many that New Britain needed more parking. By inventorying the existing supply and discussing future transit-oriented development need and potential, the conclusion drawn was that not more parking was needed, but parking that was better located and more efficient. That provided the opportunity to explore innovative concepts, including head-out angled and shared parking. New Britain has recently implemented two areas of head out angled parking recommended in the Plan, the first in Connecticut. 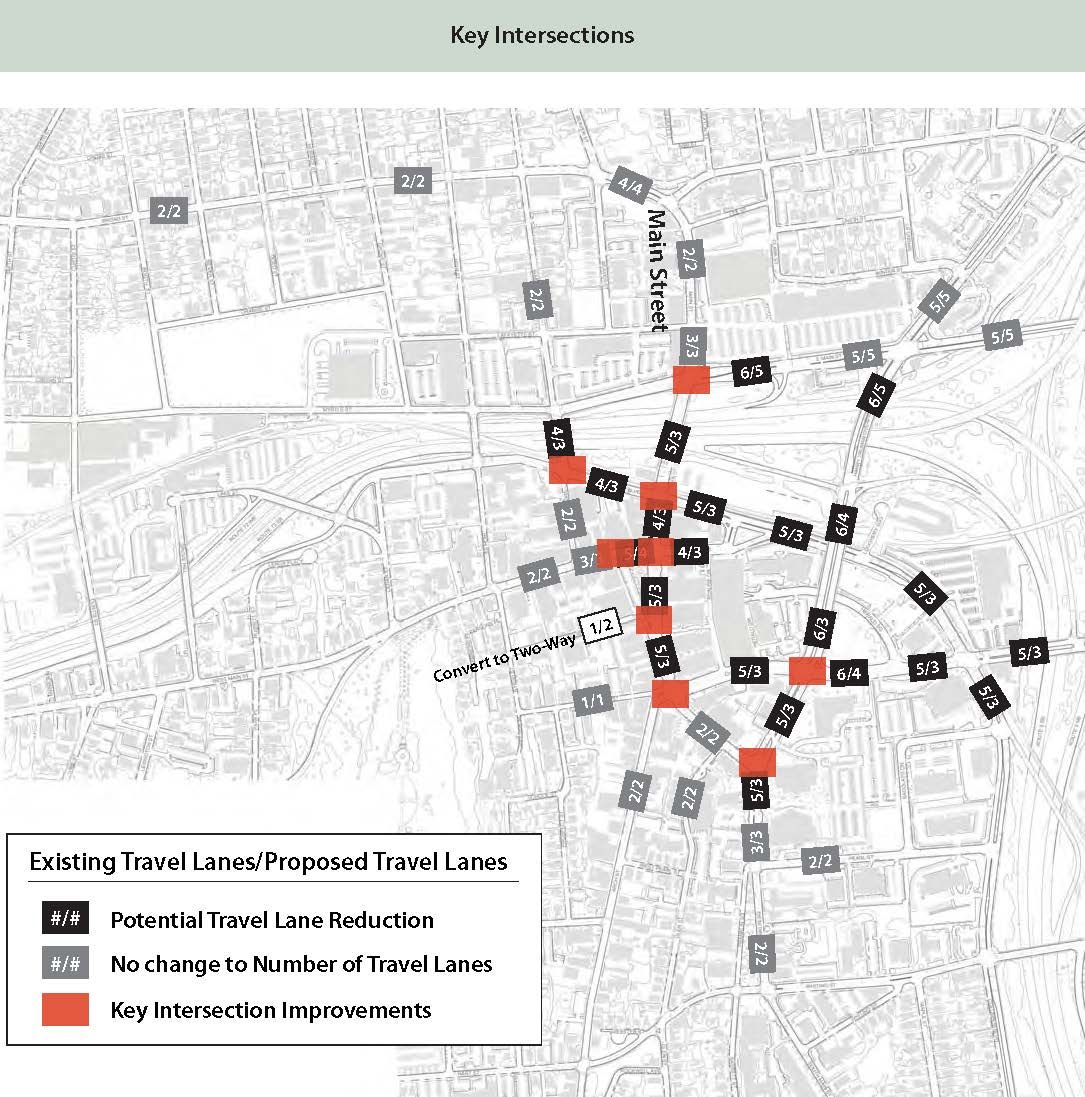 Many communities are burdened with oversized infrastructure that does not provide mobility for all modes. The Plan provides sustainable design in that it repurposes New Britain’s existing infrastructure for today’s and tomorrow’s needs, in a way that provides mobility choice as a cost-effective solution. 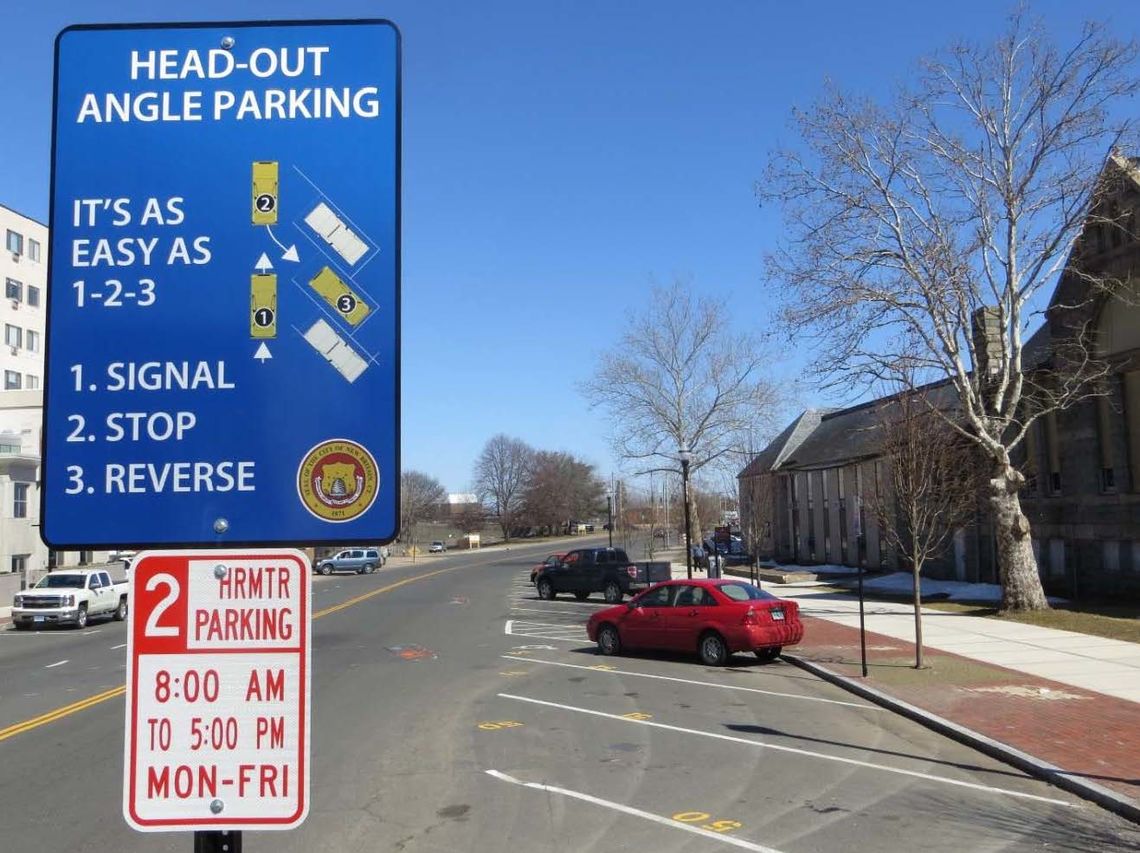