Urban is pleased to announce that the S.R. 0422 Section SRB-US 422 Schuylkill River Bridge project in Valley Forge was named Project of the Year by the American Society of Highway Engineers’ (ASHE) Delaware Valley Section. The project won in the over $20 million category.

“We are excited to congratulate PennDOT and other key partners on the completion of this project, which is deservedly being recognized as a Project of the Year by ASHE Delaware Valley,” said Mark Kinnee, PE, Urban’s senior vice president and COO. “This project has been a major undertaking by PennDOT and is a part of the Schuylkill River Crossing Complex of transportation improvement projects. We are proud of our client and staff who have worked tirelessly to see this project through to the end.”

With increasing development in King of Prussia, traffic congestion routinely impacts commuters on US 422 over the Schuylkill River. To reduce congestion, Urban designed modern structures to carry US 422 over the river, a nearby railroad, streets, and trails. The new bridges carry eight travel lanes. Two through lanes and a future use lane run in each direction, as well as an auxiliary lane on both sides for travel between the PA 23 and PA 363 interchanges. To match the picturesque view of the river, the bridge features combination wall and tulip-shaped column piers with architectural surface treatments. 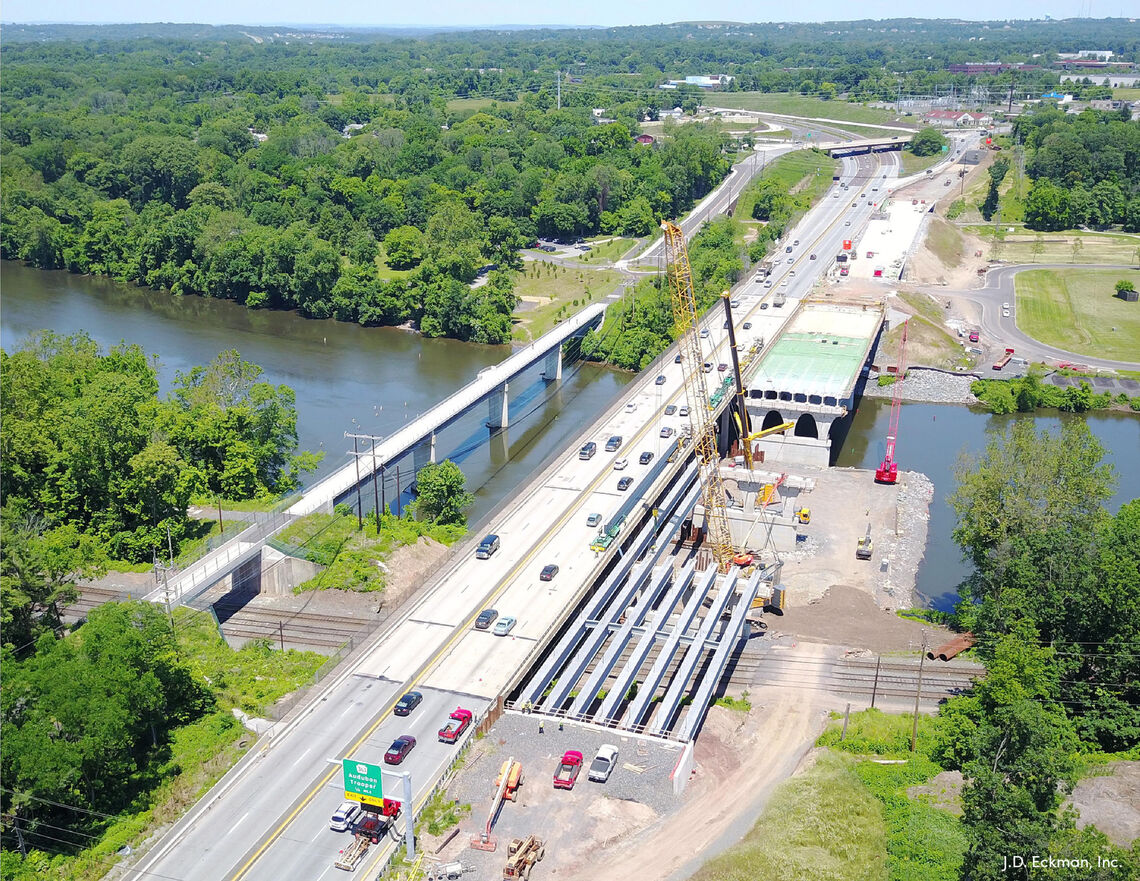 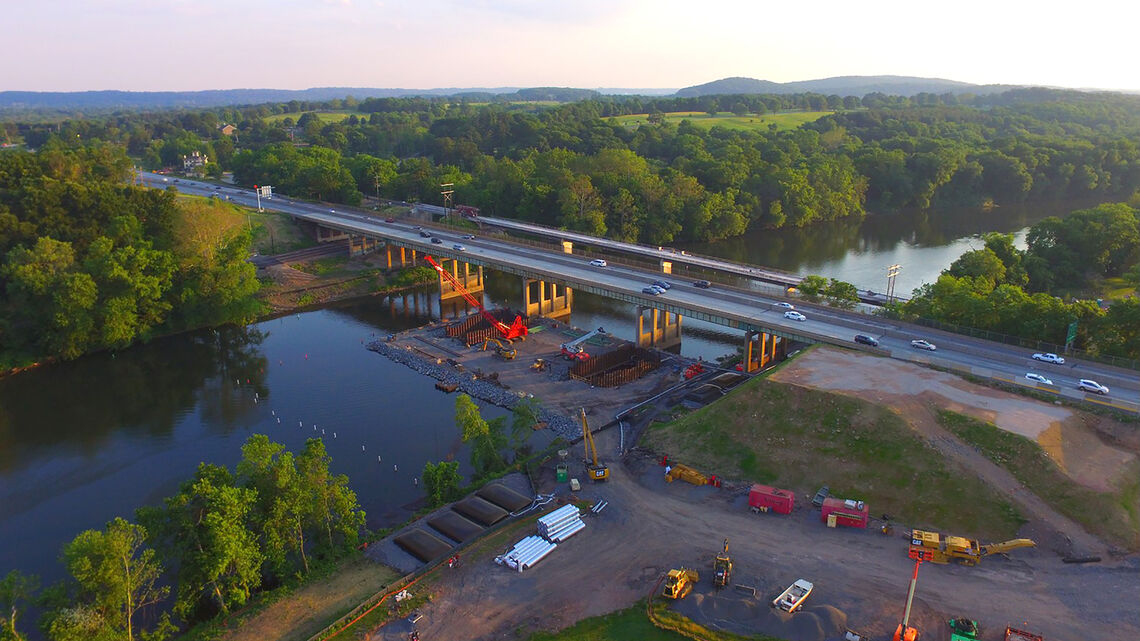 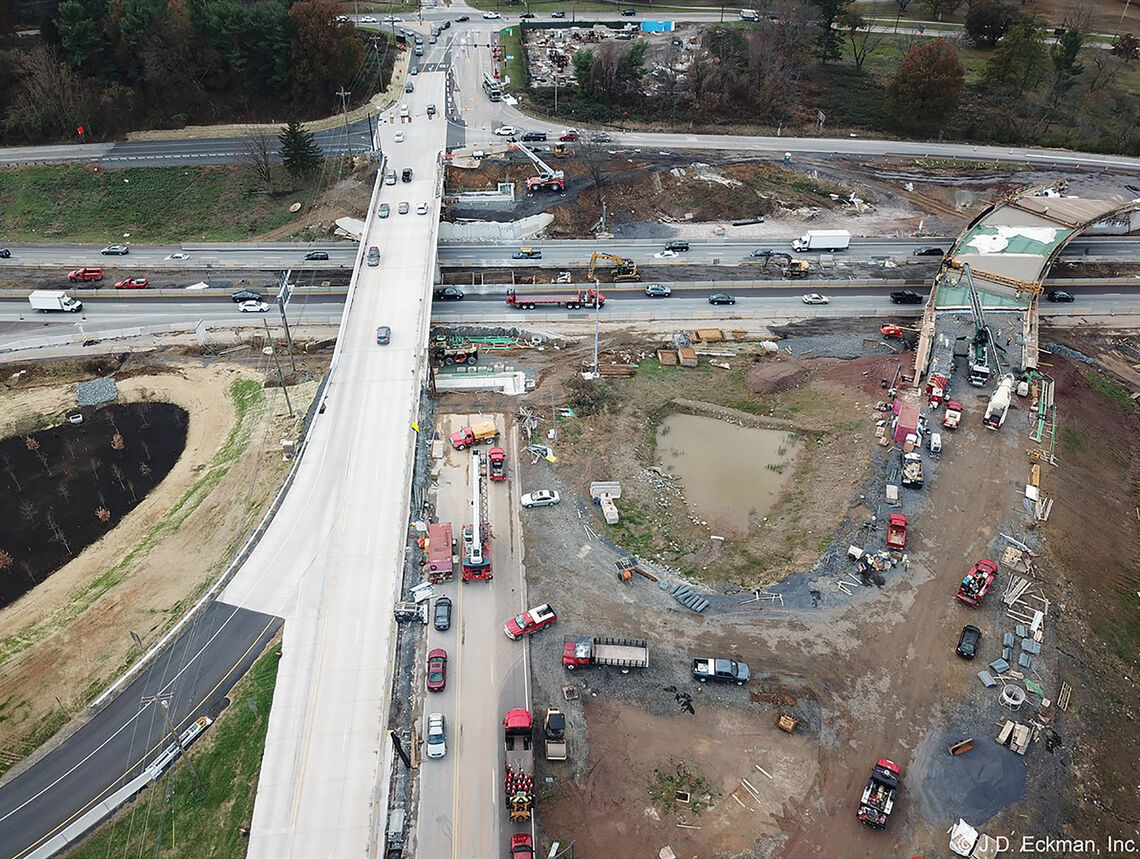 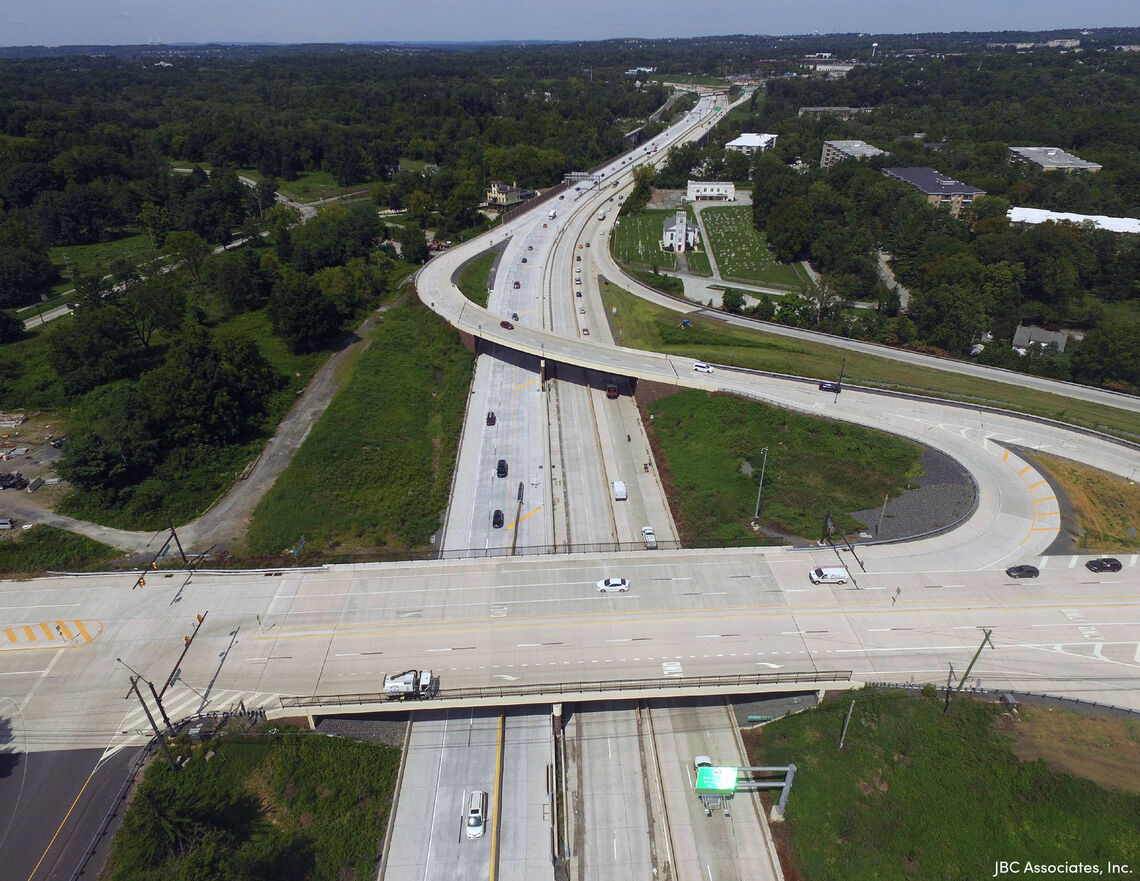 Challenges during this $130 million-budgeted project included relocating cremated remains, protecting endangered species, and coordinating among agencies. During construction, PennDOT stated that Urban was, “very effective in following up on outstanding issues and always has the best interest of the project in mind.” Urban is proud to have completed this important project for the region.

Read more about this project in Roads & Bridges magazine. The article was written by Urban's R. Robert Morrison, PE.