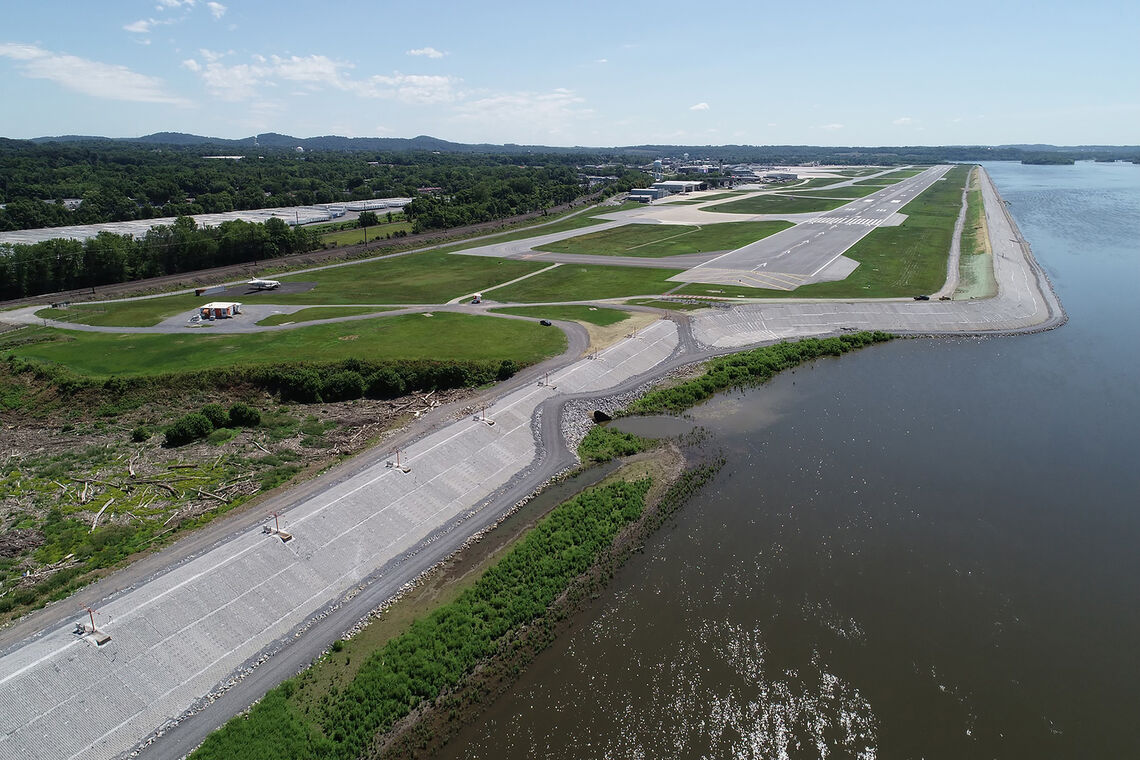 Urban is pleased to announce that the Harrisburg International Airport (HIA) Levee System Rehabilitation project in Middletown won a Diamond Award in the Water Resources category at the annual Diamond Awards for Engineering Excellence. The competition was hosted by the Pennsylvania Chapter of the American Council of Engineering Companies (ACEC/PA) at a virtual ceremony.

“We would like to congratulate the Susquehanna Area Regional Airport Authority (SARAA) and other key partners on the successful completion of this project and on this award from ACEC/PA,” said Eric DeDominicis, PE, deputy practice leader for aviation at Urban. “Far too often, infrastructure challenges are not addressed until there has been a disaster. In the case of SARAA’s levee at HIA, the authority was able to work with our capable team to resolve a water resource challenge before failure.”

“Efficiently extending the life of the levee was the ultimate goal, and we are proud to have completed this project on budget and ahead of schedule,” said Brian Peda, PE, regional manager for Central Pennsylvania at Urban. “Leadership from Tim Edwards and Dave Spaulding of SARAA, as well as close collaboration with KC Construction contributed to a strong team effort that led to the project’s successful outcome.”

“Urban Engineers has done the important job of combating a problem before it reaches failure,” said Leeann Sherman, executive director of ACEC/PA. “Their award-winning project was made possible by the innovative and proactive thinking of the Urban Engineers team.”

HIA’s levee system was constructed in 1958 to prevent flooding from the Susquehanna River onto the Airport’s runway. Only minor maintenance and repair work had been performed on the levee since its construction. During the past 60 years, erosion, vegetative growth, ice jams, and other natural forces reduced the cross section and condition of the levee that protects the Airport’s infrastructure. SARAA sought a consulting firm to provide design and construction management services for the rehabilitation of the Airport’s flood dike and levee system. The project improved drainage by rehabilitating 13,025 feet of the system along the river.

Urban was tasked with providing design services and construction administration/management services under an on-call contract with SARAA. The objective was to rehabilitate the existing flood dike and levee system using Articulated Concrete Block (ACB) mats along the slope and rebuilding of the riprap toe at the river’s edge. Despite construction delays due to COVID, the team was able to reach substantial completion in July 2021, four months ahead of the baseline schedule completion. With the effects of climate change and increased flooding becoming more common, making sure that important local infrastructure like HIA is protected from future flooding is of utmost importance. 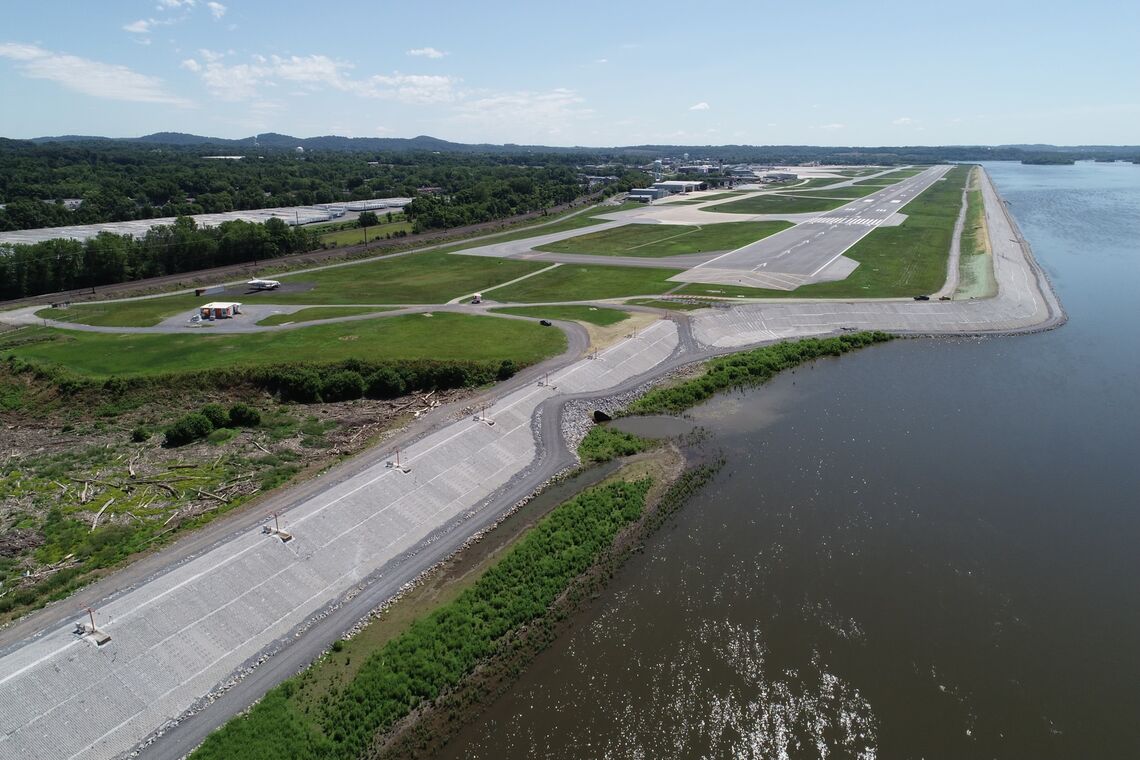 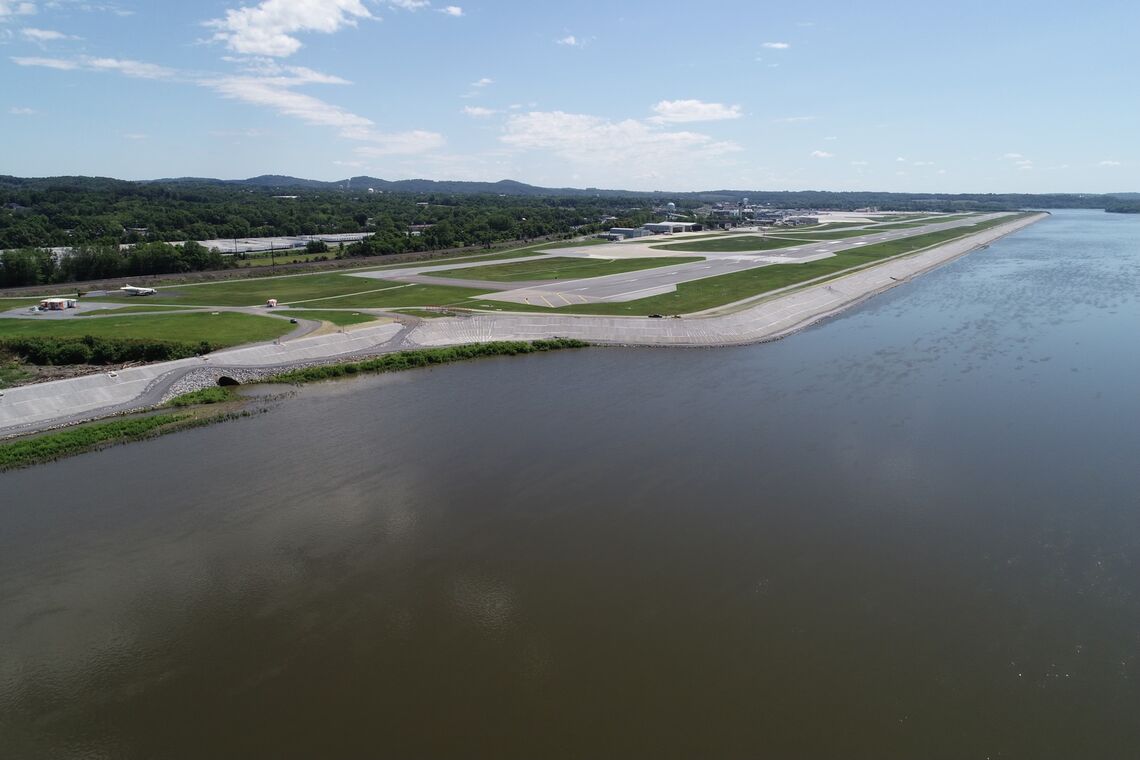 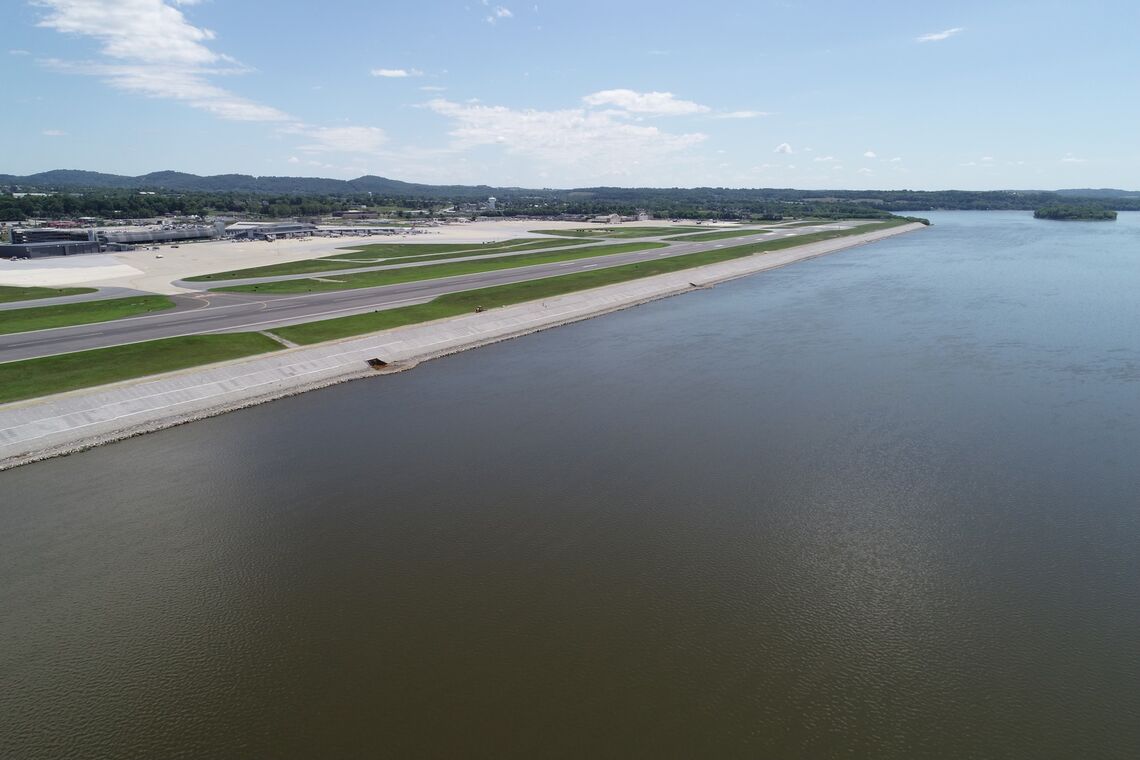 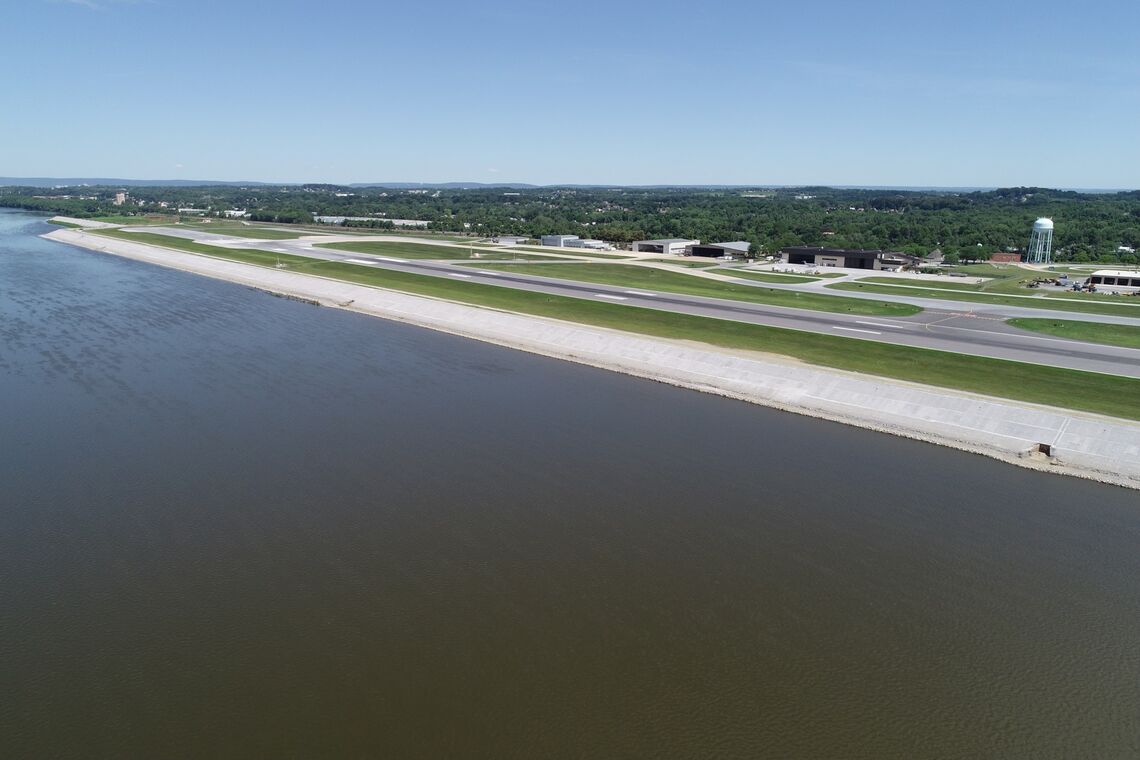