Urban is pleased to announce that the Extension of Runway 27L at Philadelphia International Airport was recognized at the annual Diamond Awards for Engineering Excellence with a Diamond Award Certificate. The competition was hosted by the Pennsylvania chapter of the American Council of Engineering Companies (ACEC/PA) at the Lancaster Marriott at Penn Square.

“We would like to congratulate the City of Philadelphia and PHL on the successful completion of this project and on this recognition from ACEC/PA,” said Matthew Marquardt, PE, Urban’s senior vice president and COO for vertical services. “This project is a signature part of the airport’s Capital Development Program that they should be very proud of, and this award is also evidence of the success and technical expertise of our firm’s aviation practice.”

The City of Philadelphia opened the 1,500-foot extension of Runway 27L at Philadelphia International Airport in late 2019 after a five-year construction period, bringing its total length to 12,000 feet. This extension increased capacity and improved safety for travelers at the airport. In addition to the runway extension, this $120 million project also involves queuing bays - resulting in 10,300 feet of new taxiway - and delivers a host of benefits such as increased circulation alternatives and greater stacking. These upgrades enable new-generation aircraft to fly to the Pacific Rim without load restrictions.

“The completion of this effort represents not only the extension of a runway and an expansion of taxiways. This project is about something bigger, which is about connecting Philadelphia to the world,” said Philadelphia Mayor Jim Kenney at the project's dedication. “Infrastructure investments like this project make PHL a serious contender in the global aviation industry.”

Urban Engineers’ team formed a partnership with the city to manage 10 design consultants involved with this major project in PHL's master plan. Urban assisted in developing three bid/construction packages, which allowed for partial project construction to proceed while other items were still in design.

This project presented a complex set of challenges for the consultant team. The designer was responsible for developing design documents that respect the intricacies of airport construction peculiarities; the construction manager was in turn charged with enforcing the strategies shown on the plans or in the specifications. Frequent but necessary restrictions can lead to shortcuts being taken, but the project team – through a joint cooperative relationship – was able to verify that all personnel and equipment were operating within the parameters of the construction documents to avoid unwanted incidents. The final construction package was completed successfully this year without significant schedule or cost impacts. The expansion will improve the efficiency of travel throughout the Greater Philadelphia region. 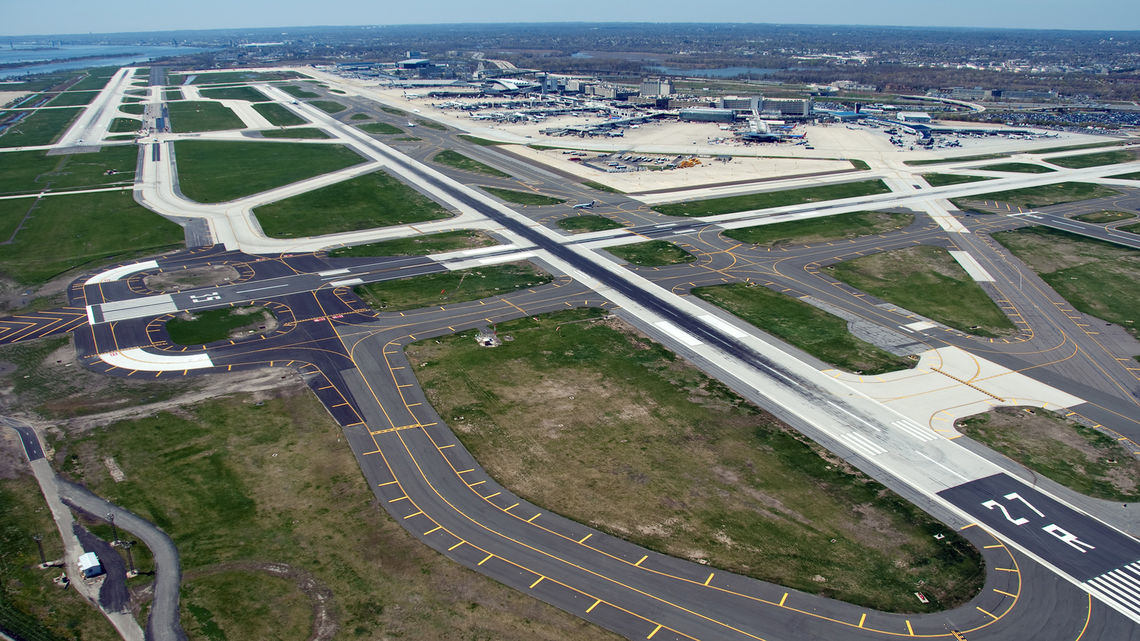 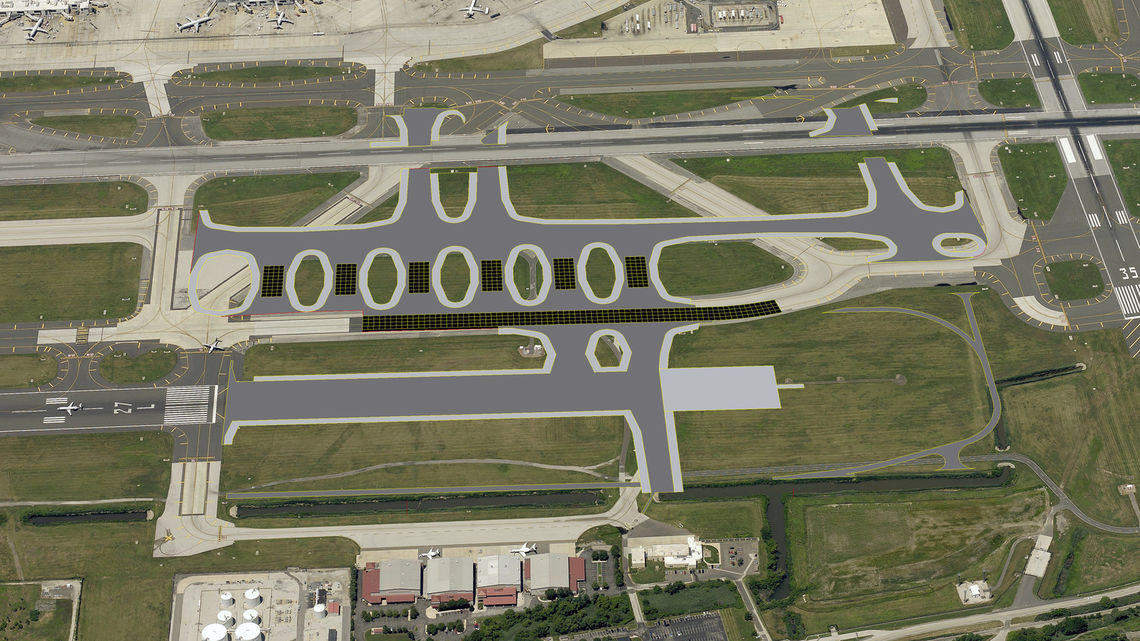 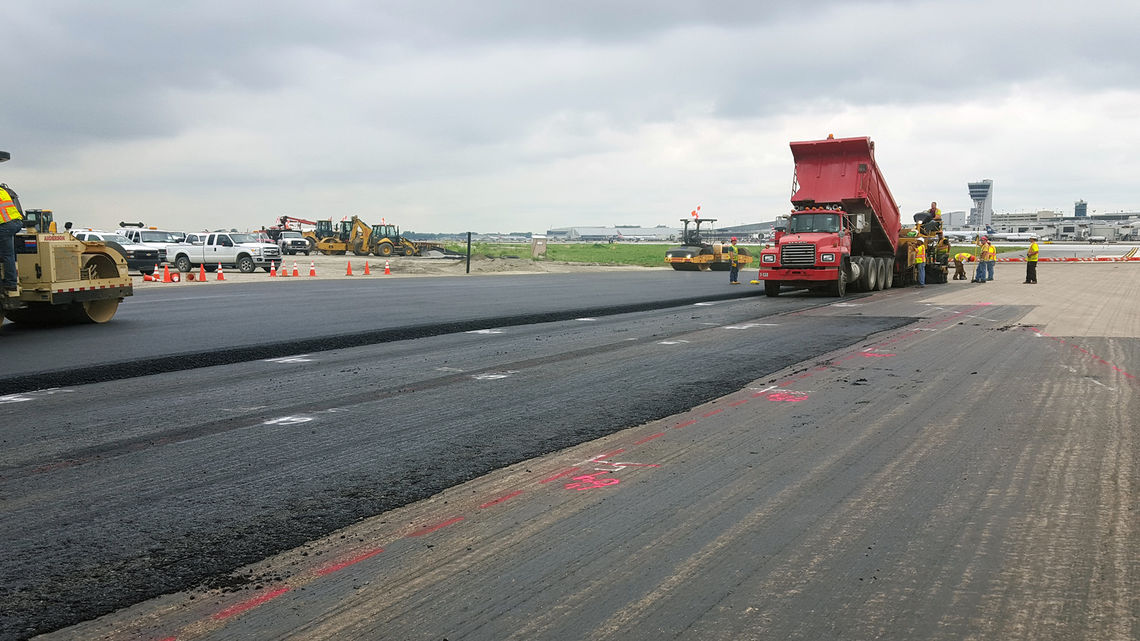 Construction of extension of Runway 27L. 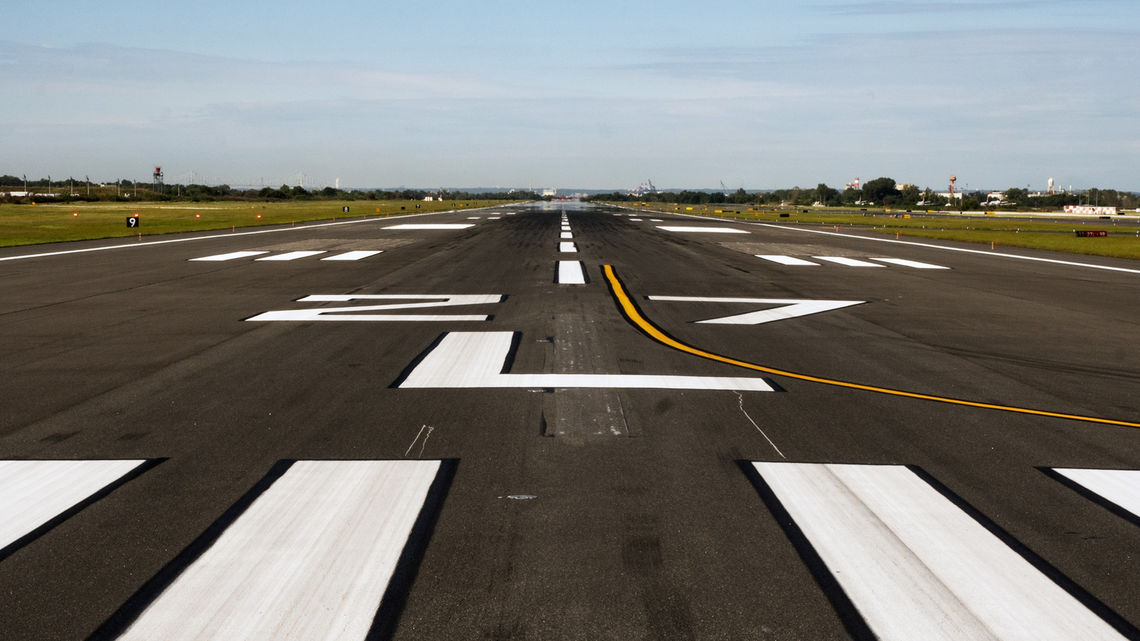 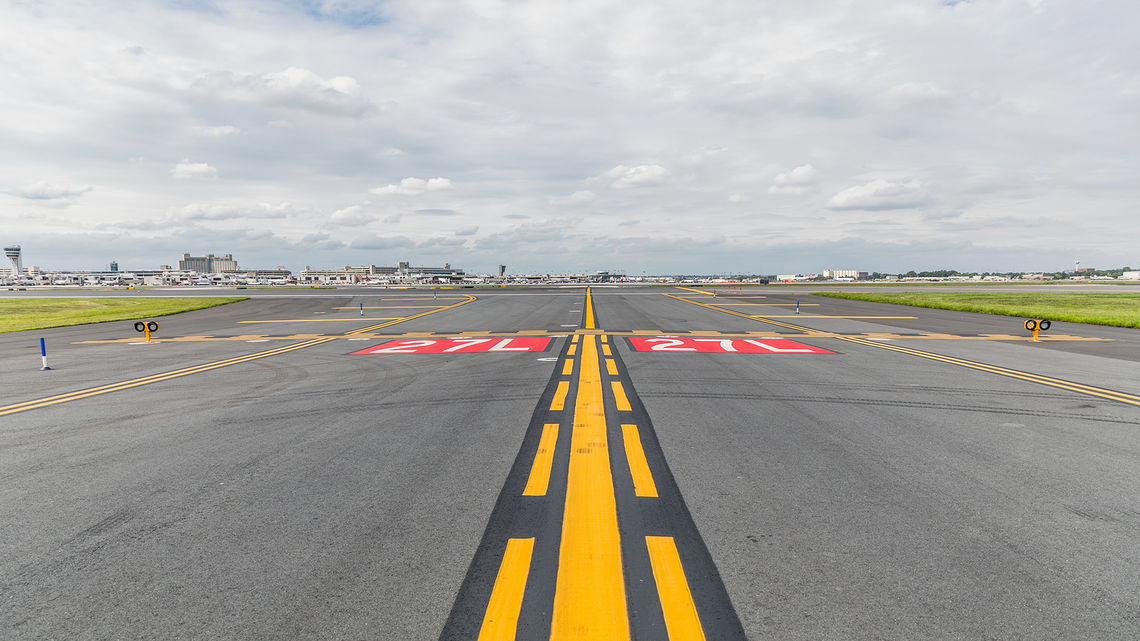