“We are excited to celebrate the completion of this project that is immediately reducing congestion and improving air quality in Connecticut with less power consumption,” said Jason Cardinal, PE, CCM, an Urban vice president and New England regional manager. “This project is a true success and team effort, led by the Town of Greenwich’s Gabriella Circosta Cohee with support from Urban’s traffic design team and construction support staff, as well as the folks from the NY-Conn Corporation.”

According to the U.S. Department of Transportation Federal Highway Administration adaptive signal control technology can: 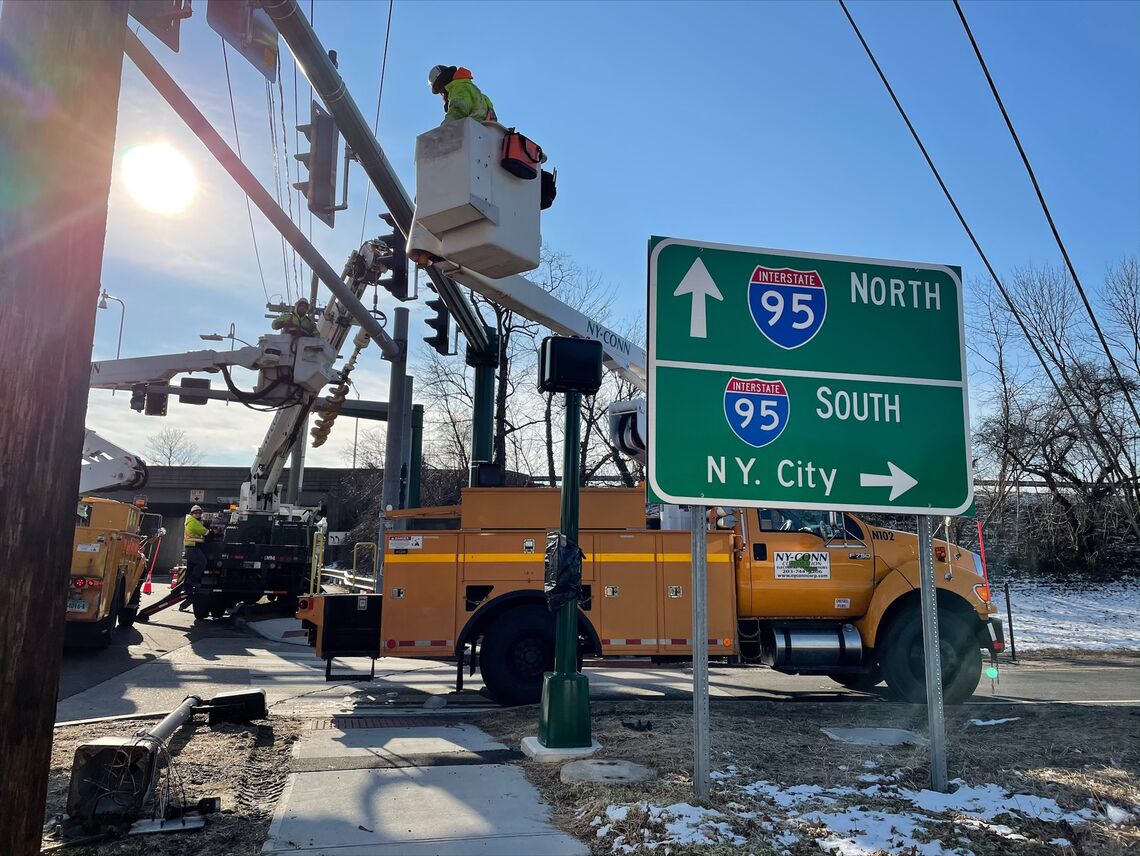 In addition to installing the first adaptive signal, this project also introduced the first yellow flashing arrow in the state. The flashing yellow arrow is a new type of signal located in a dedicated left-turn lane at a signalized intersection and signifies yield to oncoming traffic and then proceed with caution. This alleviates traffic and queue time by allowing vehicles to turn when there is no traffic in the opposing direction. Prior to the flashing yellow arrow, motorists had to wait for the green light.

“When DPW embarked on this project several years ago, we knew there was significant traffic in this corridor that was due to the Train Station, I-95, the proximity to downtown, the Bruce Museum, Bruce Park and especially Roger Sherman Baldwin Park. We knew we had to look into the future to see if there is new technology that could be used to improve traffic flow. In reviewing several different options, we decided that Adaptive Signal Technology was the best option for this location,” said Town of Greenwich Department of Public Works Deputy Commissioner Jim Michel. “We are excited to be a leader for the State of Connecticut in implementing new and advanced infrastructure that can decrease vehicle emissions and improve air quality. This project is an example of how the Department of Public Works can make a positive impact for our residents today and for future generations to come.”

Urban was involved with the project from its start. During construction, the firm redesigned two of the intersections as additional unforeseen field conditions changed the design. Urban staff prepared construction plans and were involved during all of the construction meetings.