Internationally recognized as the home of invention and manufacturing for over 200 years, New Britain is reinventing its downtown in concert with CTfastrak, the innovative bus rapid transit initiative that is the spine of Central Connecticut’s new regional transit system. As the southern hub of the system, New Britain is transitioning its auto-centric infrastructure to one that centers on the concept of a “Complete Street,” one that is designed, operated and maintained to enable safe access for pedestrians, bicyclists, motorists, and public transportation users of all ages and abilities. The Complete Streets Master Plan for Downtown New Britain leverages the city’s best assets – its dense, compact, walkable downtown, open spaces, and many beautiful, historically significant buildings – with a comprehensive network of multi-modal transportation and urban design improvements. A road diet network centered on New Britain’s Main Street included a redesign of nine intersections with pedestrian enhancements to improve safety and reducing crossing distances. Reconfigured curb-to-curb space allowed bike accommodation, new and improved open spaces, a new roundabout gateway, and innovative head-out and shared parking solutions. The Plan also included a new wayfinding and historical signage system, and a design palette with design standards to provide a uniform look and feel to the downtown. The Plan’s recommendations set the stage for New Britain to both support and benefit from the federal and state investments in CTfastrak of over $570 million. Many of the Plan’s phases are in design and construction.

With an office located in Hartford, Urban Engineers was the lead transportation planning and engineering design consultant for the Complete Streets Master Plan, designed and implemented the public engagement for the plan’s development, and coordinated the project team. Urban also wrote and produced the Master Plan. Project Team members included Richter & Cegan Inc. for landscape architecture/urban design, Rumney Associates for wayfinding, and AKRF for historic preservation. 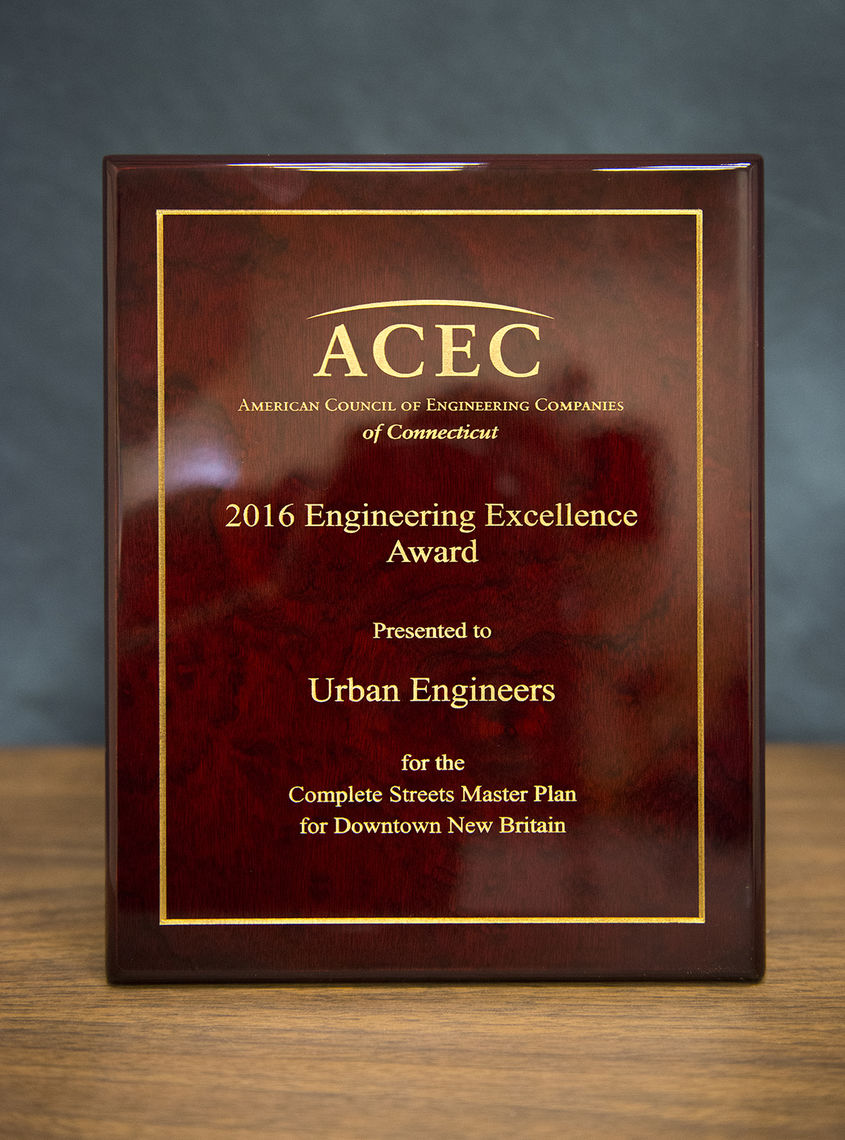