Nick Giglio has always had a passion for all aspects of civil engineering. A native of Bethlehem, Pennsylvania, he is the type of person to drive through an area of road construction – rather than take the detour – so he could get a better look at what’s going on, and understand the construction process. Growing up, Nick always enjoyed learning about what local projects were happening, what the development process was like, and what kind of impact the projects would play in everyday life. He often took before and after pictures of construction projects to observe the differences, and this turned out to be the beginning of a passion – not just for construction, but photography as well. He is often taking photos both on and off the job site, and is a contributor for a soon-to-be-released photobook on engineering landmarks in eastern Pennsylvania.

As a child, Nick enjoyed playing with model construction equipment. As a teenager, he enjoyed playing with building toys like K’nex, and designed many different gadgets and tools for use around the house. His family members would constantly make comments like, “You’re an engineer and you don’t even know it!” This became more evident to Nick as he would find himself researching things like how to design and build trusses, while procrastinating on his actual homework for middle school. In high school, while taking a woodshop class, he took it upon himself build a scale model of the Easton-Phillipsburg toll bridge – and went as far as reaching out to the bridge commission for a set of blueprints to use to aid his work. This unique truss bridge allowed a lot of room for creativity in this project, and it was displayed at the school until Nick graduated and brought it home.

Nick went on to earn a degree in civil engineering from Penn State Harrisburg. While still attending school, he passed the Fundamentals of Engineering (FE) exam, and received his Engineer-In-Training (EIT) license immediately after graduation. Nick then jumped right into work as a transportation construction inspector, and was promoted after a year and a half in the field. His experience now includes $25 million projects, and he has served as the owner’s representative for site construction on projects which include a concrete arch bridge rehabilitation and a full-depth highway reconstruction project.

From day one, Nick knew this would be a lifelong career and passion, and not just a job to keep himself busy. He continues to feel that way and takes any opportunity he can to advance himself and be a valuable asset. Nick is actively involved with the American Society of Civil Engineers (ASCE), and serves as a board member for the Lehigh Valley Section. He also serves as a researcher for multiple sections of the 2022 Pennsylvania Infrastructure Report Card, and will travel to Washington D.C. in the spring with other ASCE members to advocate for the civil engineering industry in front of members of congress. 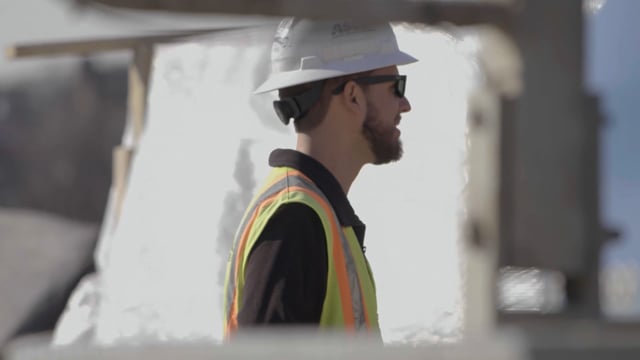