In the recent “Statement of Purpose of Corporation” produced by Business Roundtable – an association of chief executive officers of America’s leading companies – corporate leaders announced their commitment to the humanness of the workforce. They developed a plan to commit to fair compensation; ethical deal making; supporting the communities in which they work; generating long-term value for growth and innovation; and transparency and engagement with shareholders.

This statement had a different tone than previous corporate mission statements that were dedicated to maximizing shareholder profits above all else, with little or no concern for the workforce, the environment, or ethics. To the staff at Urban Engineers, this kind of statement seems like common sense. As an Employee Stock Ownership Plan (ESOP) company, Urban is owned by its employees and governed by a board of directors that is elected by the staff. Instead of profits going to a group of shareholders – who might not even work for the company – ESOP shares are distributed to all employees of the firm. Everyone is invested in the company and motivated to foster the company’s growth.

Urban has always had a workplace culture where employee’s lives and wellbeing are important. Ethical decision making is highly valued. Urban has long supported communities through mentoring, charitable giving, and the projects the firm pursues to work on. The staff’s work ethic is a stick-with-it approach to long term growth. Transparency and engagement are important and encouraged.

When previous Urban ownership began transition planning, they choose to place their company in the hands of its workforce because the groundwork was already there. Urban had a staff that could retain control of the company rather than be purchased by a larger conglomerate. By becoming an ESOP, the previous owners were able to, “keep Urban, Urban.”

Will corporations follow the lead of Business Roundtables’ latest “Statement on the Purpose of a Corporation?” Are American companies going to put the health and wellbeing of its employees and communities first? Only time will tell. At Urban, we are proud to already be doing that, and know that we have been for nearly 60 years. We are employee owned and care about our co-workers and our community. We are working together to create a better future for us all.

October just so happens to be national Employee Ownership Month. In recognition of this celebration, we highlighted our employees’ ownership journey as a part of our #UR60N campaign as we approach Urban's 60th anniversary. Click through the slideshow below as the Urban Worker Bee travels through the ESOP process. They pass through hiring, vesting, and eventually, retirement. Follow #UR60N on social media to see the journey as well! 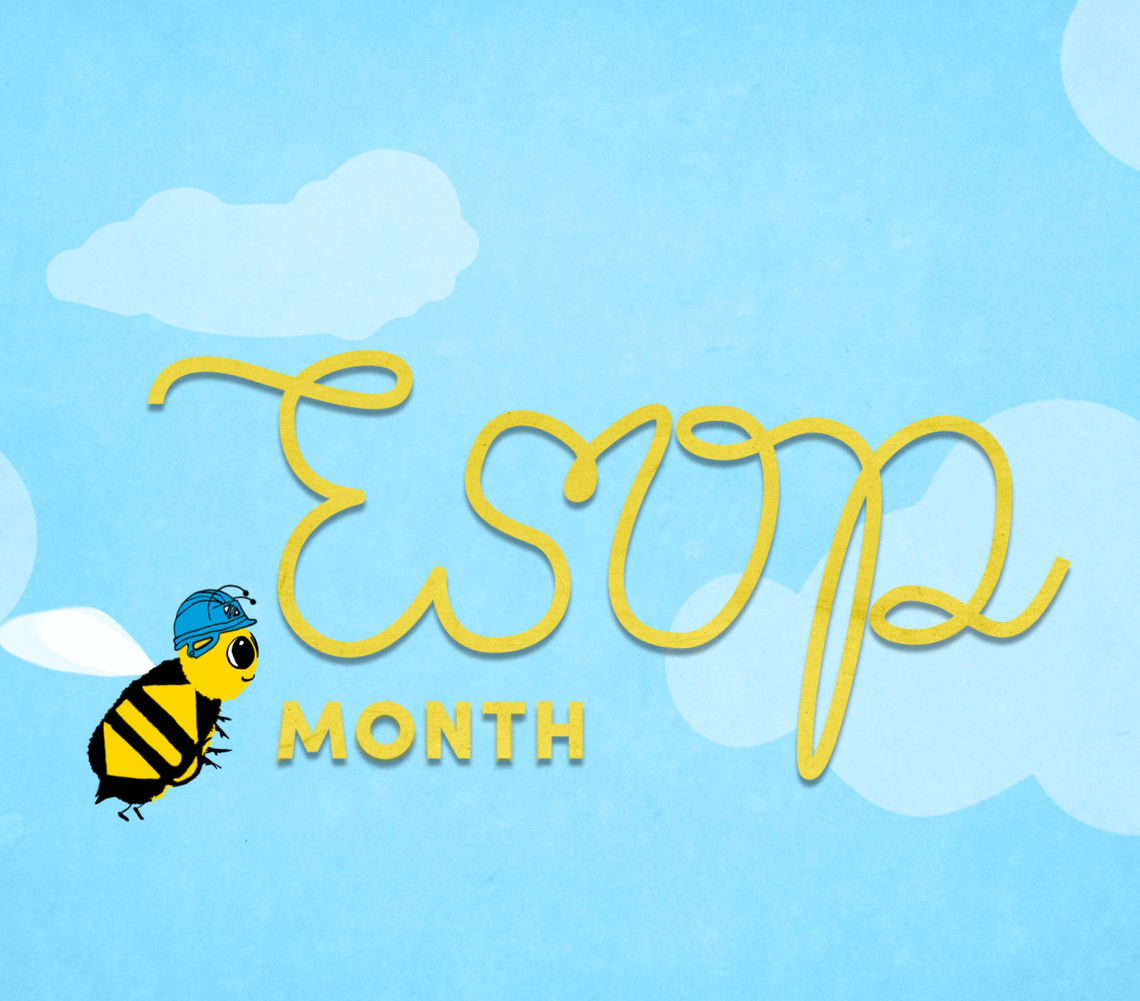 Bees that work for Urban Engineers, Inc. begin their ownership journey as soon as they come in for their first day of work! 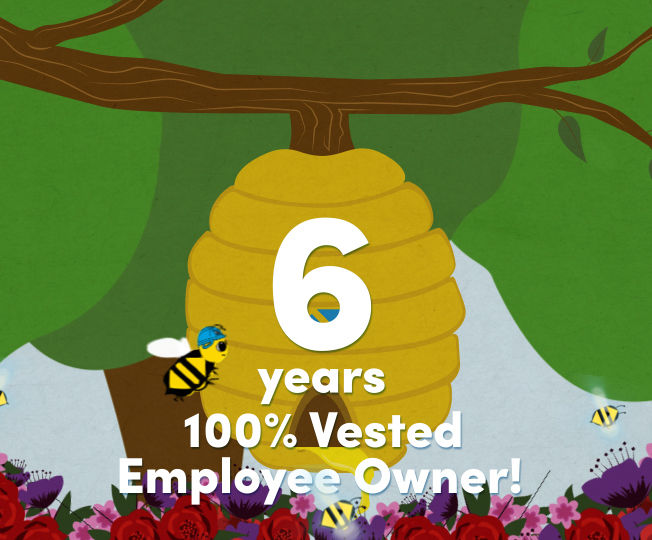 When a “bee” starts at Urban, they become 20% vested in their share of Urban stock for each year of service - after two years with at least 1000 hours per year - and are fully vested at six years! 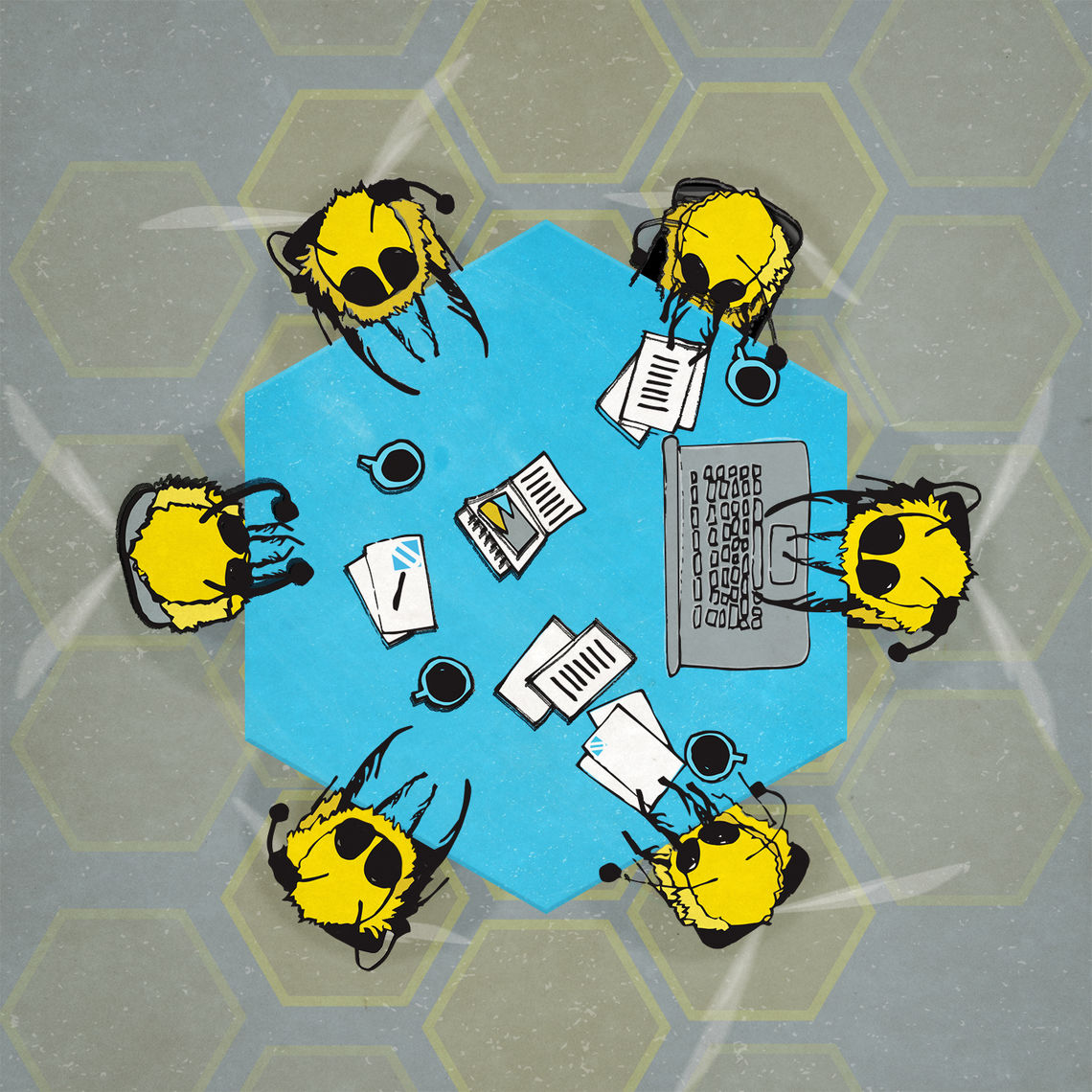 Staff at ESOP companies can directly benefit from their performance since the better the company does, the more the firm’s stock is worth. Worker "bees" receive a statement each year showing the value of their individual shares. Hard work benefits the future of the entire hive, so everyone is motivated to do their best. 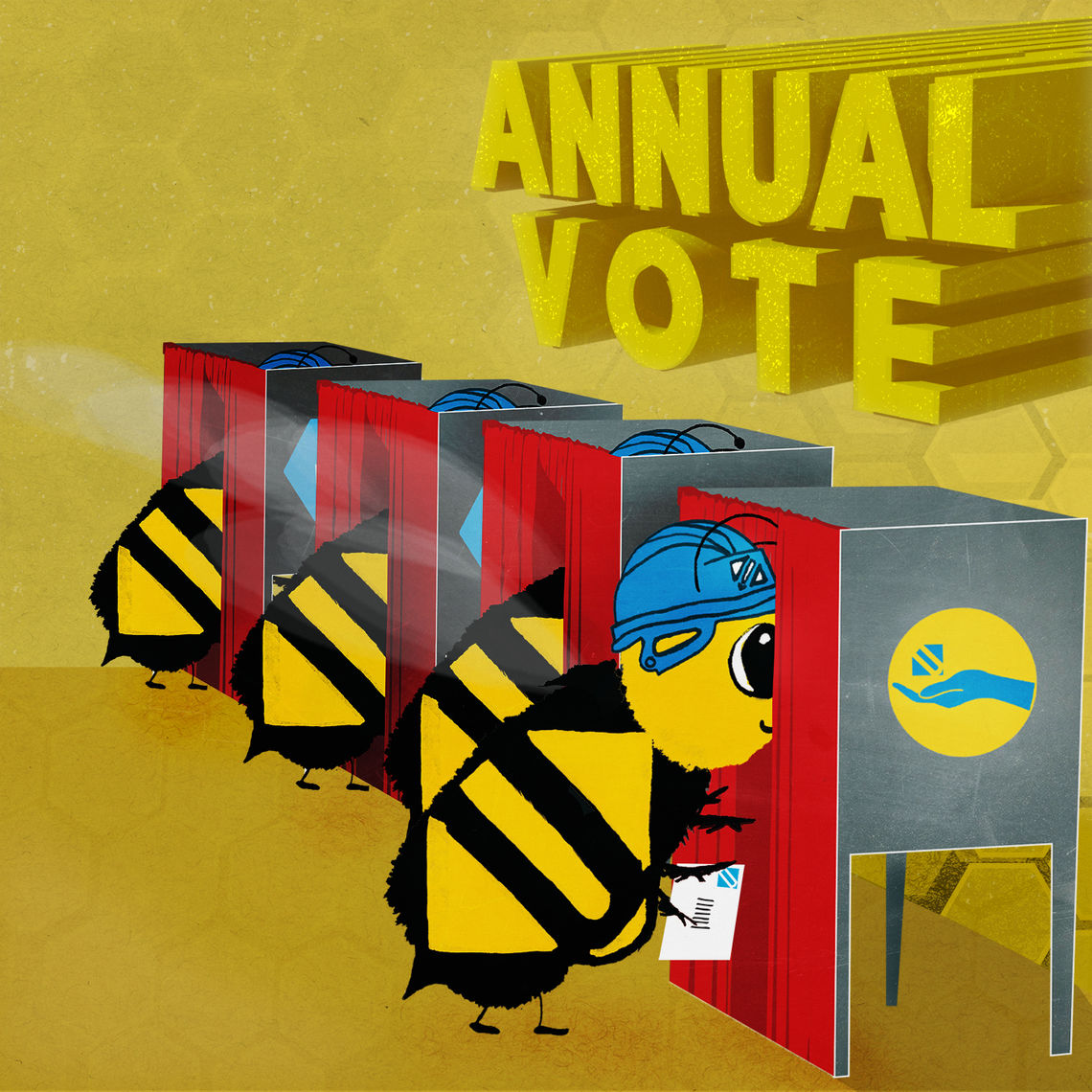 As employee owners, staff at Urban have a hand in selecting the leadership of the firm by voting on its board of directors. Urban “bees” are annually mailed a ballot that they can use to help select the voiced that help guide the direction of them. 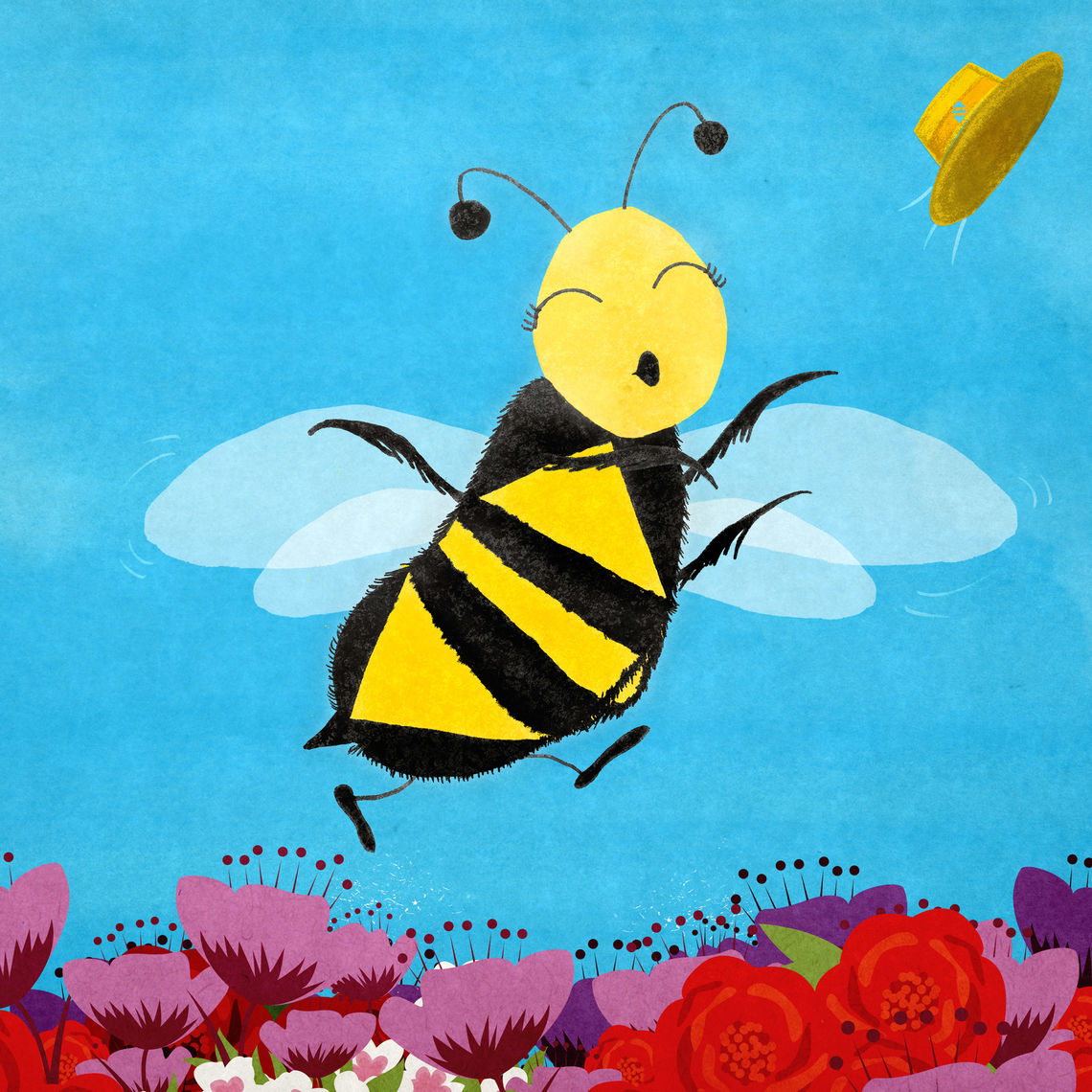 ESOP companies tend to have lower turnover, higher morale, better long term growth, and produce higher quality work. Staff “bees” remain happy because their output is directly benefiting their future, as well as the hive around them. 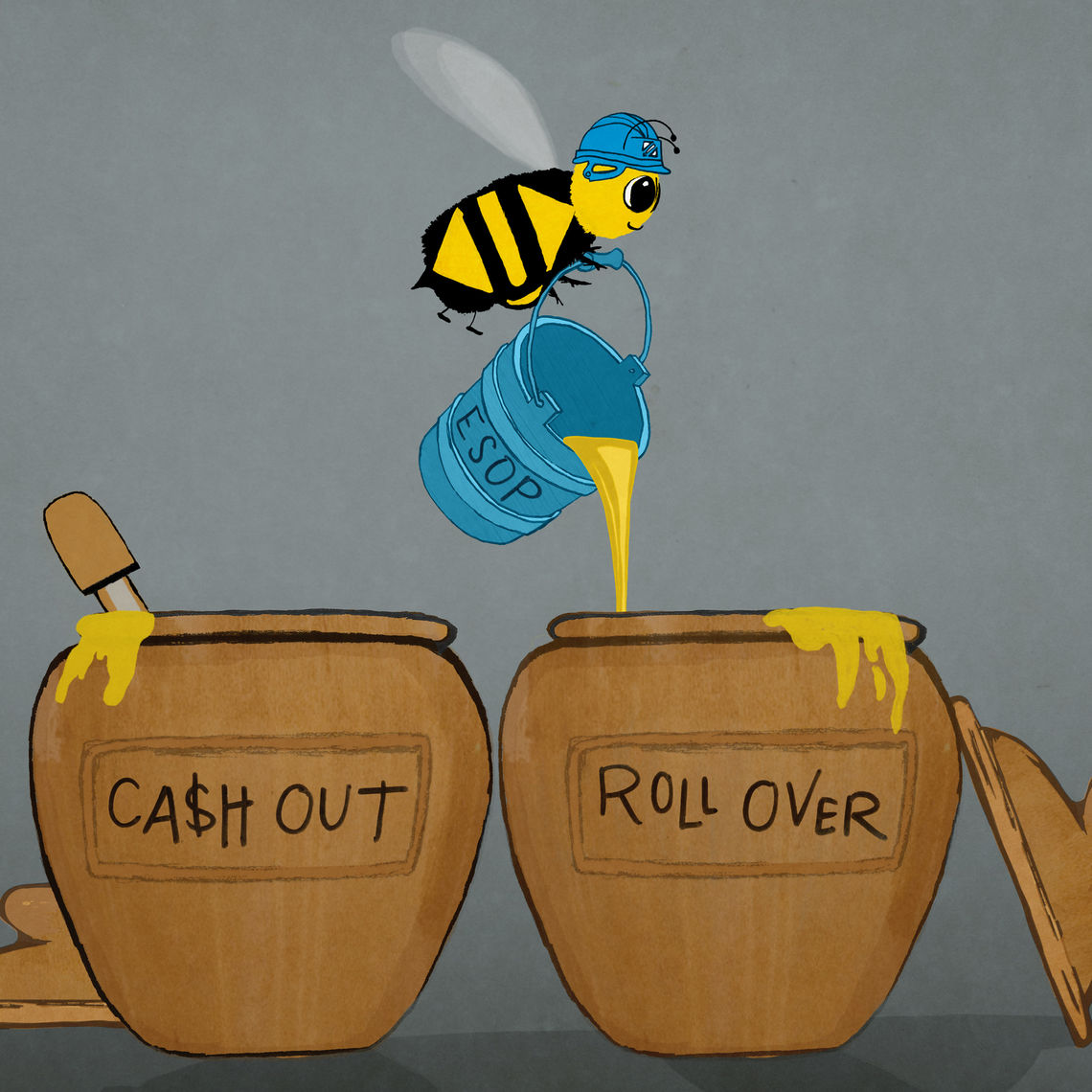 Once an Urban “bee” turns 55 and has 10 years of participation in the plan, they have the opportunity to diversify the stock they have earned over their employment. They can rollover a portion into another retirement vehicle, or select a cash distribution. Inquire for more details. 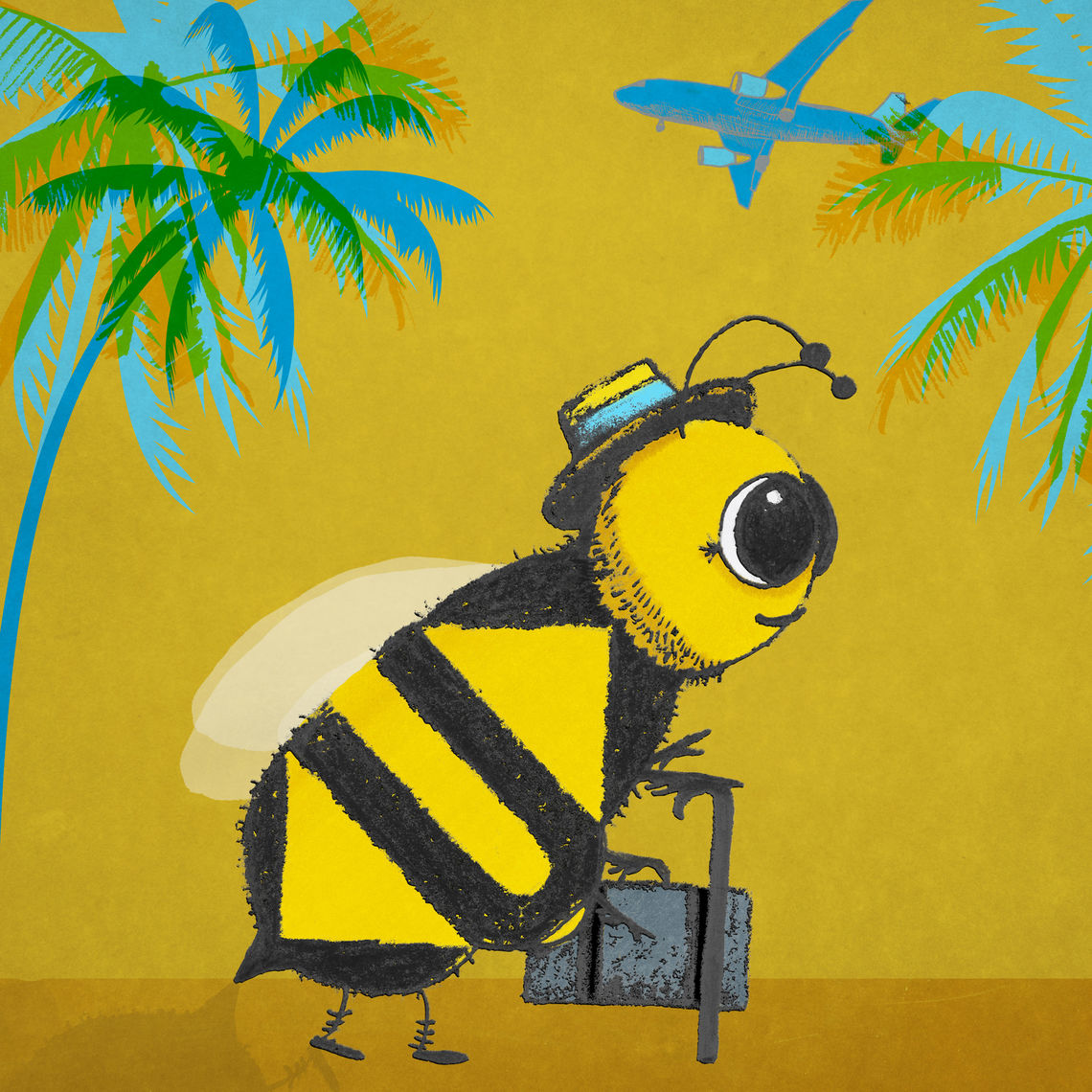 When an Urban bee reaches retirement age, they are set to collect! Once they leave the firm, they will receive their payout in installments the following year. Inquire for more details.