Urban is providing construction inspection for the rehabilitation of Lock O-7 of the Oswego Canal, ensuring the safety and stability of the lock and free flow of waterway travel for another 100 years.

The annual Oswego “Rock the Locks” Paddlefest in upstate New York is an event that allows canoe and kayak users the opportunity to travel sections of the Oswego Canal and through its locks. The annual event ends at the park by Lock O-7 in Oswego, making the area a popular destination in the summer.

Locks help move ships that carry goods through manmade canals, providing an efficient way to transport commerce. Opened almost 200 years ago, the Oswego Canal utilizes several locks, and was one of the few economically successful locks, largely because it facilitated trade between the East Coast of the United States and Canada.

The Oswego Canal, nearly 24 miles in length, has seven locks – numbered 1 through 8, skipping over number 4 – and associated dams and spillways canalize the Oswego River from the Erie Canal at Three Rivers to Lake Ontario, allowing for effective flow of boats and ships. After more than 100 years of service, the New York State Canal Corporation determined that the canal’s Lock O-7 was in need of rehabilitation. The lock raises and lowers boats 14.5 feet and is located near the Oswego Canal’s entrance from Lake Ontario. The three-phase, $25 million project involves substantial rebuilding to ensure safety and stability of this important asset. During Phase I, the upper miter gates and concrete monoliths were replaced. New hydraulic equipment replaced the 45-year-old power units. The second phase involves construction of a new lock house for lock operations and replacement of lower lock gates and concrete monoliths. The final phase involves rehabilitating walls between the upper and lower gates. 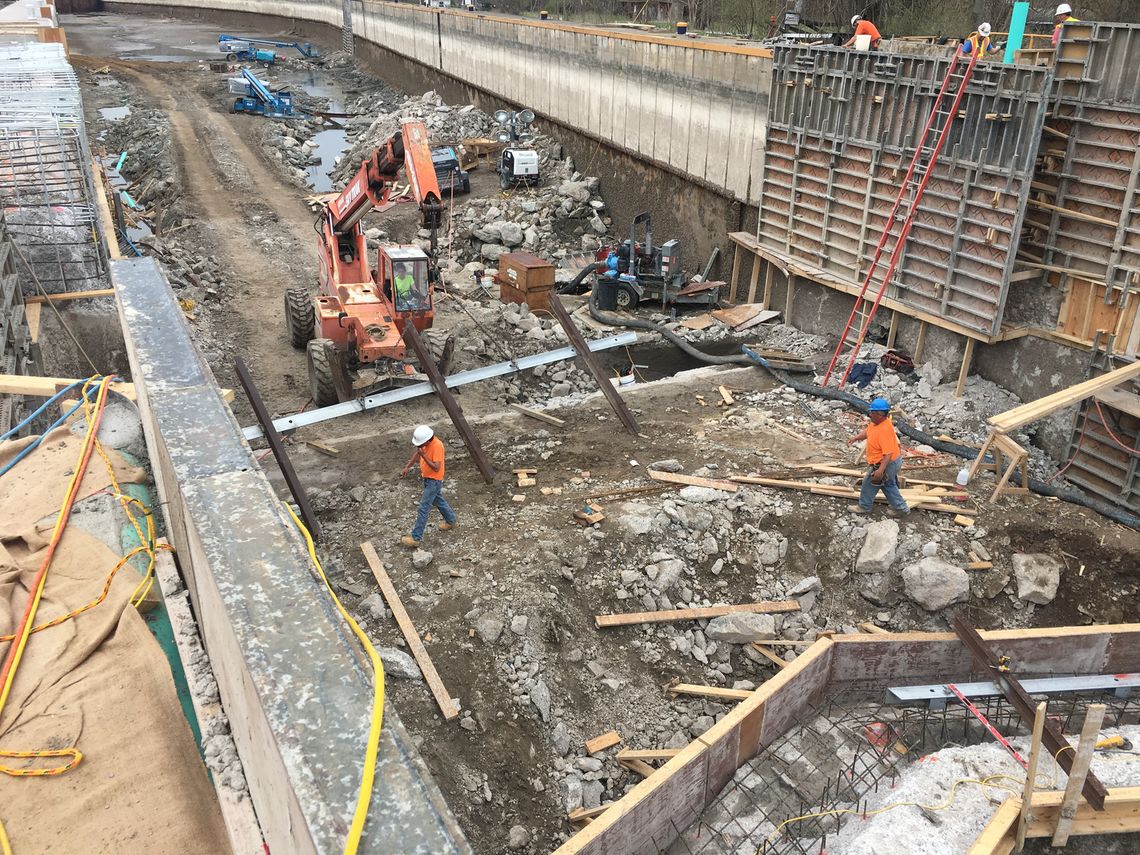 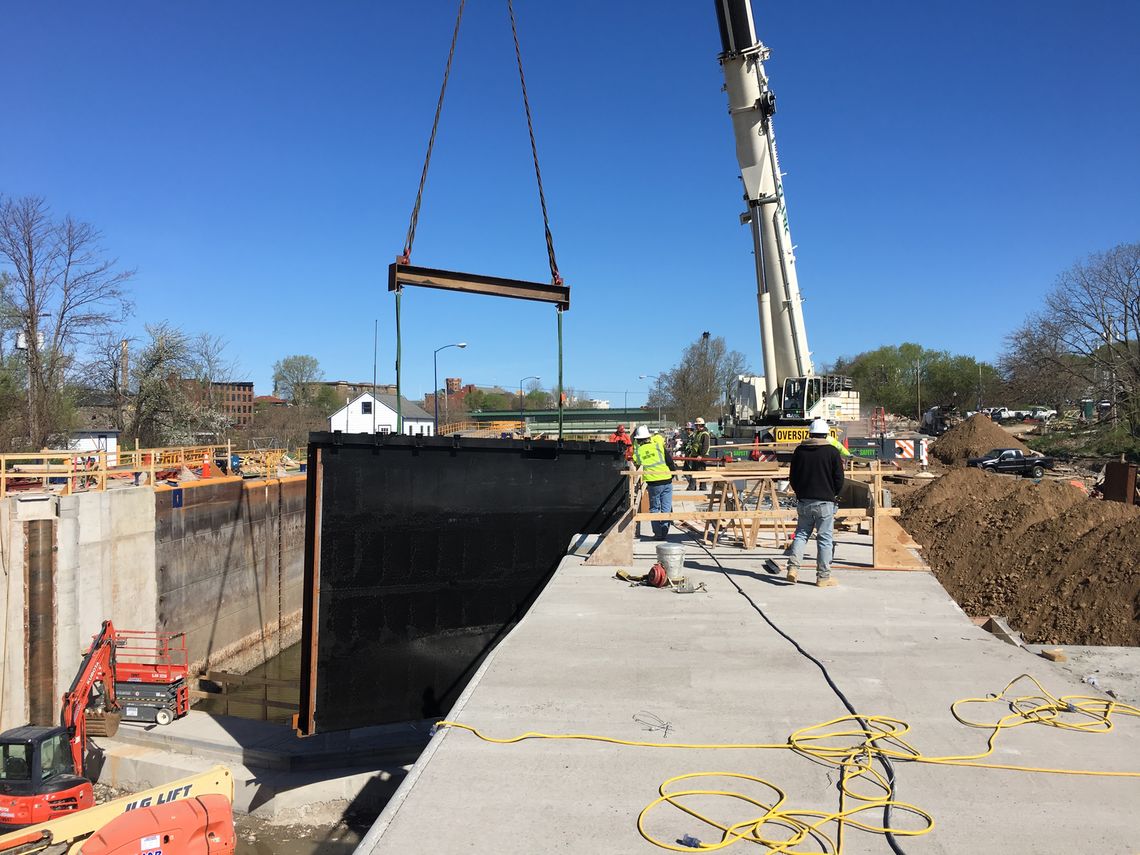 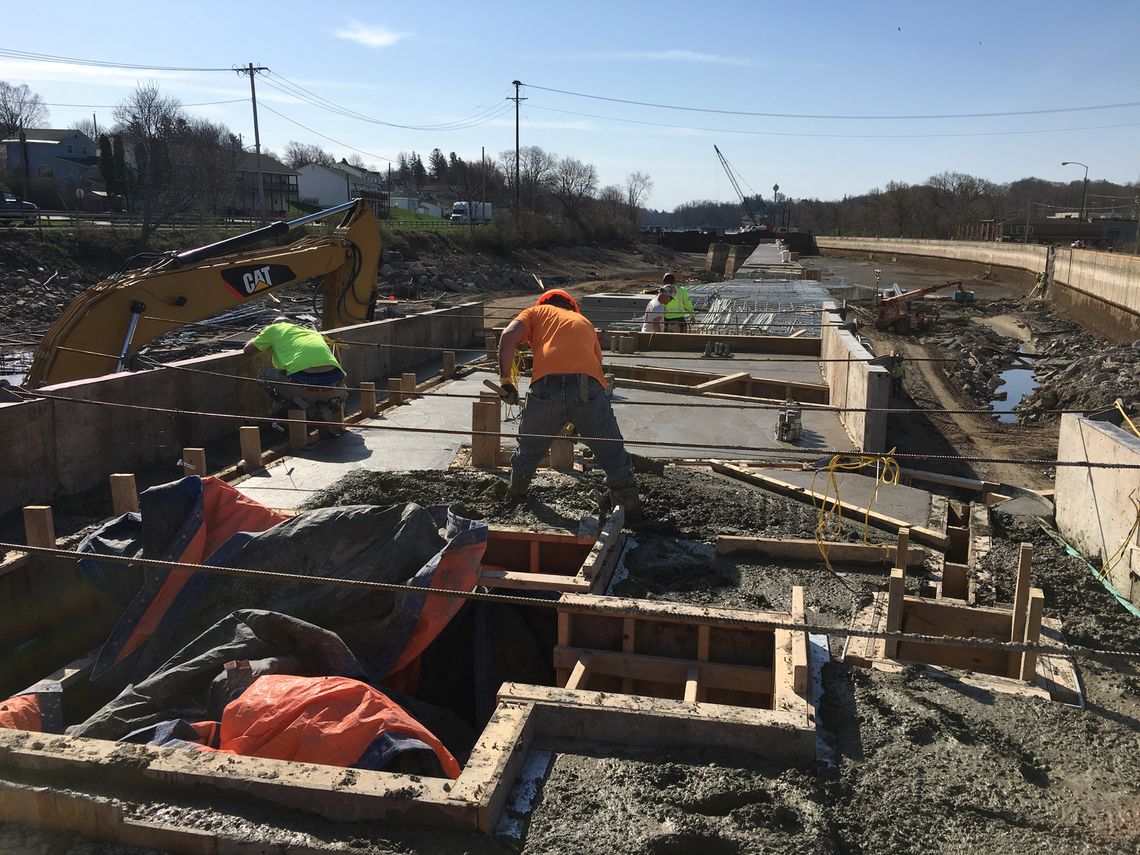 The rehabilitated lock will improve an amenity for the local community. In addition to transport vessels, the canal and locks are important to the public, as they are often used for recreation.

“Public safety is priority number one - and by investing in the resiliency of Lock O-7, we can help ensure Oswego residents and visitors remain safe while visiting one of New York’s great historic treasures,” said New York’s governor in the funding announcement.

“This investment will ensure the lock is built better and stronger than ever before, while providing boaters a seamless experience on the Canal for decades to come.”

To keep the canal flowing through Lock O-7, the New York State Canal Corporation turned to Bergmann to provide design services for the rehabilitation, and selected Urban for construction inspection.