“Urban values a diverse workforce. We believe that building a workforce through inclusion, acceptance, understanding, and respect of diverse cultures and backgrounds leads to the production of fresh ideas, personal and professional growth for our staff, and ultimately better projects and service to our clients.”

The above ‘Diversity Statement’ was the culmination of an employee survey requesting feedback on what diversity meant to us at Urban. The firm developed the statement after input from more than 100 staff members, ensuring that voices who wanted to be included were heard. As April is National Celebrate Diversity Month, we are recognizing three areas where our firm has excelled in diversity and inclusion goals. They include:

Urban is not only committed to providing equal employment opportunities without regard to race, color, or any other characteristics protected by law, but to being a consciously diverse employer. To achieve this, we have taken many steps to attract more diverse talent.

Our firm participates in annual job fairs in the spring and fall at universities and career events. After a review a few years ago, it was decided that more diverse colleges and events be included in the locations where we recruit. The firm now visits historically black colleges and universities – like Morgan State University – and has increased our presence at veterans’ career fairs, most recently by purchasing sponsorship on a billboard for the Delaware Valley Veterans' Battleship New Jersey Career Fair.

Additionally, the firm has become more involved with organizations like Women’s Transportation Seminar (WTS) and the Conference of Minority Transportation Officials (COMTO) through sponsorship, event attendance, and recruitment. Urban has been a long time sponsor of WTS’s Philadelphia chapter, which seeks to advance both the transportation industry and the professional women who are a growing part of it. Many members of the firm’s staff have gotten involved with the organization in leadership roles, and the firm has had women honored at WTS’s two most recent award galas. Urban’s support of WTS has encouraged participation in the organization, which in turn has promoted the firm to women interested in the transportation field.

Urban has also increased its involvement with COMTO over the past few years. COMTO is the leading national advocate for employment diversity, inclusion, and contracting opportunities in the multi-modal, multibillion-dollar transportation industry. The firm attends the organization’s Annual Business Networking Breakfast, and also goes to its career fairs to recruit. COMTO’s goals align with those of Urban, so future partnering with the organization is a natural fit. 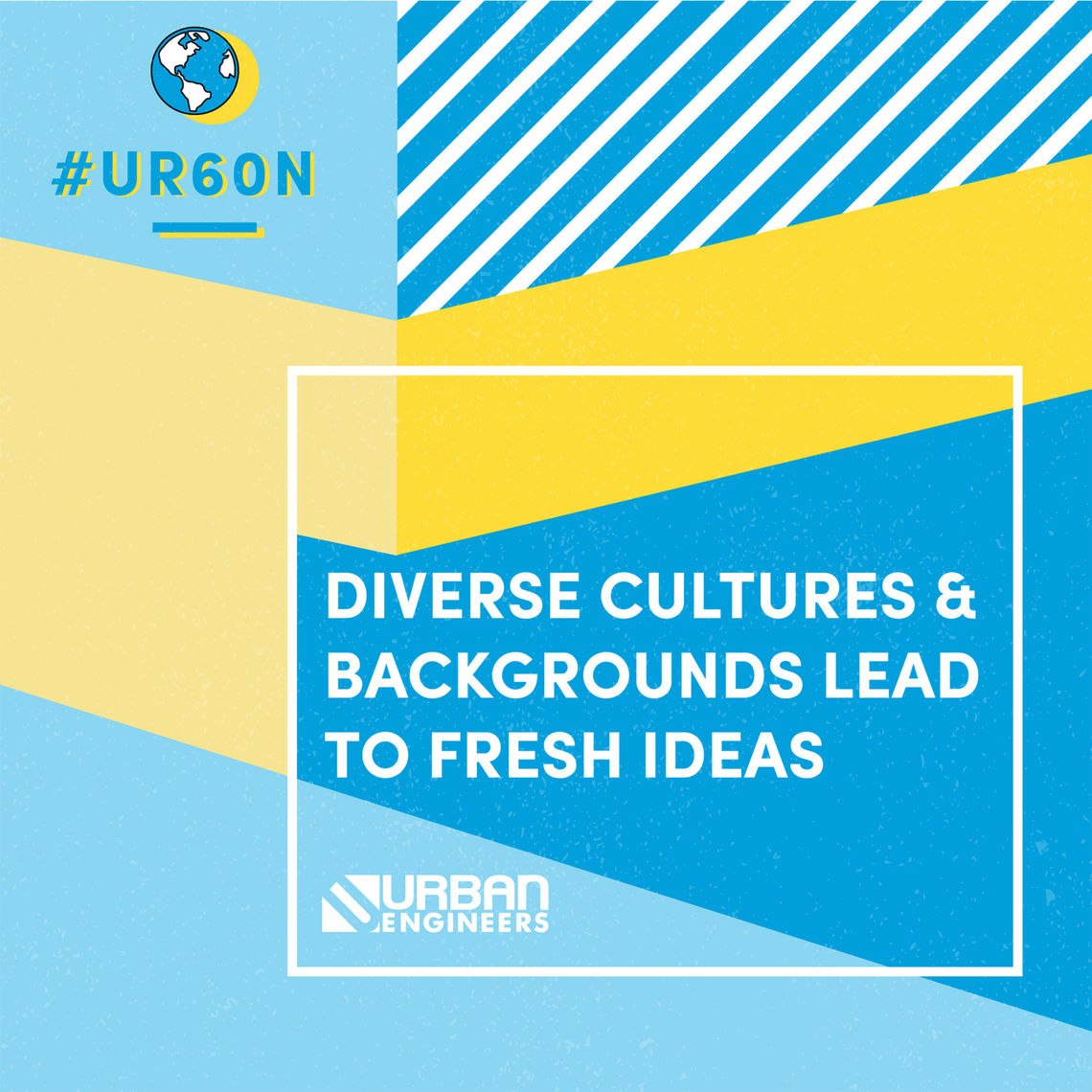 Urban has long supported DBE firms, and not just because teaming can be a contract requirement. Our firm supports them because it is crucial to our profession, our peers, and our principles. We share many of our clients’ goals to create opportunities for these businesses. We have strong ties to the DBE community and have mentored and helped those DBE firms grow through our work with them. For projects, utilizing our diverse staff and coupling them with our minority-owned, women-owned, and disadvantaged businesses offers our clients the best and brightest individuals and forward thinking staff.

Our record of achievement in engaging disadvantaged and minority-owned firms is excellent. We maintain a large database of qualified DBE firms and carefully evaluate the firms we use to confirm and promote their technical and administrative performance in terms of quality, timeliness, and budget adherence. We consistently team with women- and minority-owned firms like American Geotechnical & Environmental Services, JBC Associates, Navarro & Wright Consulting Engineers, A.D. Marble & Company, Lotus Environmental Consulting, Susquehanna Civil, and Malick & Scherer, among others.

Urban’s DBE program aims to create a “level playing field” by which DBEs can compete fairly and participate in contracts that help remove barriers to participation. We promote non-discrimination on the basis of race, color, national origin, or sex in the award of contracts. We also assist in the development of DBE firms so that they will be able to successfully compete outside the DBE Program. For our most recent runway project at Philadelphia International Airport, our team included more than 30% DBE participation.

Our relationships with our DBE partners is a two-way street. We realize and rely on their knowledge and expertise and take great pride in their skill sets while working with them to increase their capabilities. In doing so, we have developed long term partnerships where we both prime and sub with each other. They teach us – we teach them. We are proud to say that we have had several employees – almost 10 – who have gone on to start their own DBE-certified firms.

In 2014, Urban devoted an issue of our external magazine, Excellence, to our DBE partners. We profiled five different organizations, ranging from a solo female entrepreneur to minority-owned businesses with well over 50 employees. This allowed us to introduce them and tell their stories to our audience. Urban is known to always advocate for our clients, but we advocate for the firms we work tightly with as well. 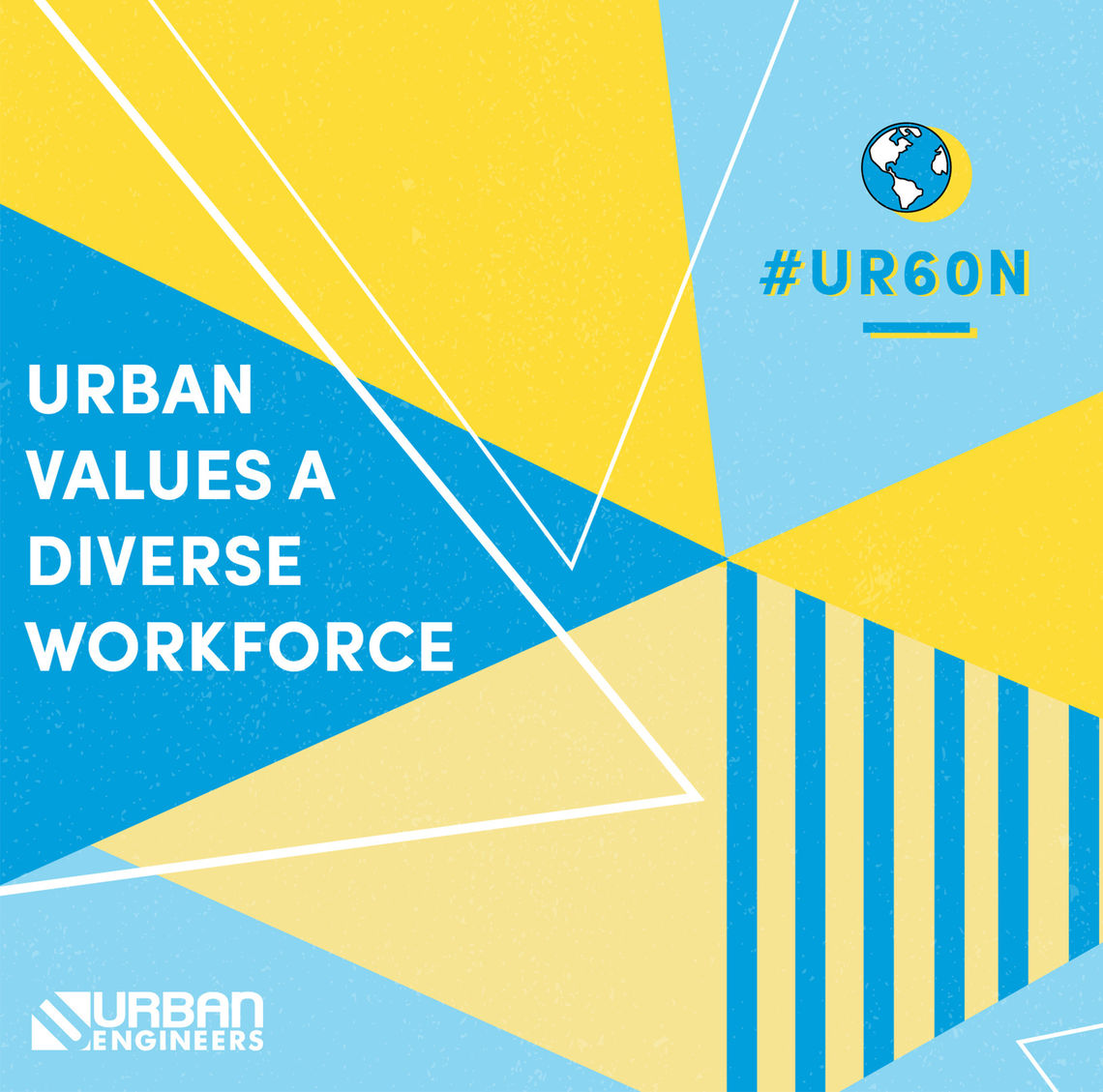 At Urban, we don’t just “do well,” we “do good.” We believe in actively maintaining the health and well-being of the neighborhoods in which we live and do business through community outreach. This is led by our talented and dedicated staff who volunteer their time to many organizations that promote the A/E/C industry and service minority communities. Urban contributes financially and offers the use of our office space to help these programs continue to do good work. We also recognize and encourage mentoring in all directions, as we continue to learn from others no matter what their experience, knowledge, and skill set might be.

Specifically, organizations Urban has been involved with that support our D&I initiatives include the ACE Mentor Program, the Spark Program, and Philadelphia’s WorkReady program. We have been longtime supporters of ACE, whose mission is to enlighten high school students to pursue careers in the integrated construction industry through mentoring. Urban provides space for meetings of local Philadelphia students and has had staff mentor and serve in leadership positions in the organization.

Urban is also proud to have provided mentorship and office tours through the Spark Program. The organization helps students in the middle school grades discover who they can be today and in the future through its Career Exploration program that is facilitated through volunteer mentors. Urban hosted local middle schoolers in our Philadelphia headquarters, and students were provided learning sessions of the firm’s different departments to expose them to our different business lines.

The WorkReady program in Philadelphia is a citywide effort to address the skills gap by convening employers and local youth to build a coordinated approach to preparing young people for future employment. Since the city diversity index is 65.6%, Urban has been able to mentor diverse students through the program. One intern spent the summer working with the firm’s training department. An interview with that student can be found by clicking here.

By supporting programs that promote STEM, we will help increase the diversity in our industry. Urban donates two scholarships annually for youth in Philadelphia. In 2014, the firm created the inaugural Kevin Brown, Jr. Scholarship – named for the staff member Kevin Brown who went through the ACE Mentor Program – to be given out to a student at the ACE Scholarship Breakfast. In 2016, the firm created the Edward M. D’Alba Leadership Award Scholarship – named in honor of our retired CEO – to be given out to a graduating high school senior in the Philadelphia City Rowing program who demonstrates leadership, on and off the water. The organization seeks to empower local public school students through the sport of rowing.

Our employees strive to improve their communities through the projects they work on and volunteering. Urban, in turn, promotes service to our communities and our professions as a way to translate what we value into visible action. Community outreach has long been a staple of the firm, and Urban will continue to explore ways to expand our reach in the years to come.