Bridge preservation is a delicate and specialized practice. The end result must blend with its surroundings while also preserving its history. Rehabilitation and replacement of two of the oldest bridges in New Jersey recently became a priority after extreme weather caused the New Jersey Department of Transportation to act quickly to come up with solutions to maintain their functionality and satisfy all stakeholders, including the local community and historical preservation groups.

NJDOT had been exploring efforts to replace the Route 206 Stony Brook Flood Channel Bridge in Princeton, which was in poor condition. Urban Engineers had been tasked with performing a Concept Development Study for this structure. During the course of the investigation, Urban recommended including the adjacent Stony Brook Arch Bridge in the project because it too had fallen into a state of disrepair. Combining the rehabilitation of the arch bridge with the replacement of the Flood Channel Bridge would minimize the impact to traffic throughout the congested Princeton region. Located within three historic districts, the Princeton Battlefield, Stony Brook Settlement Village, and the Kings Highway Districts, the Stony Brook Arch Bridge is the oldest highway bridge in New Jersey and the fifth oldest in the country, dating all the way back to 1792. 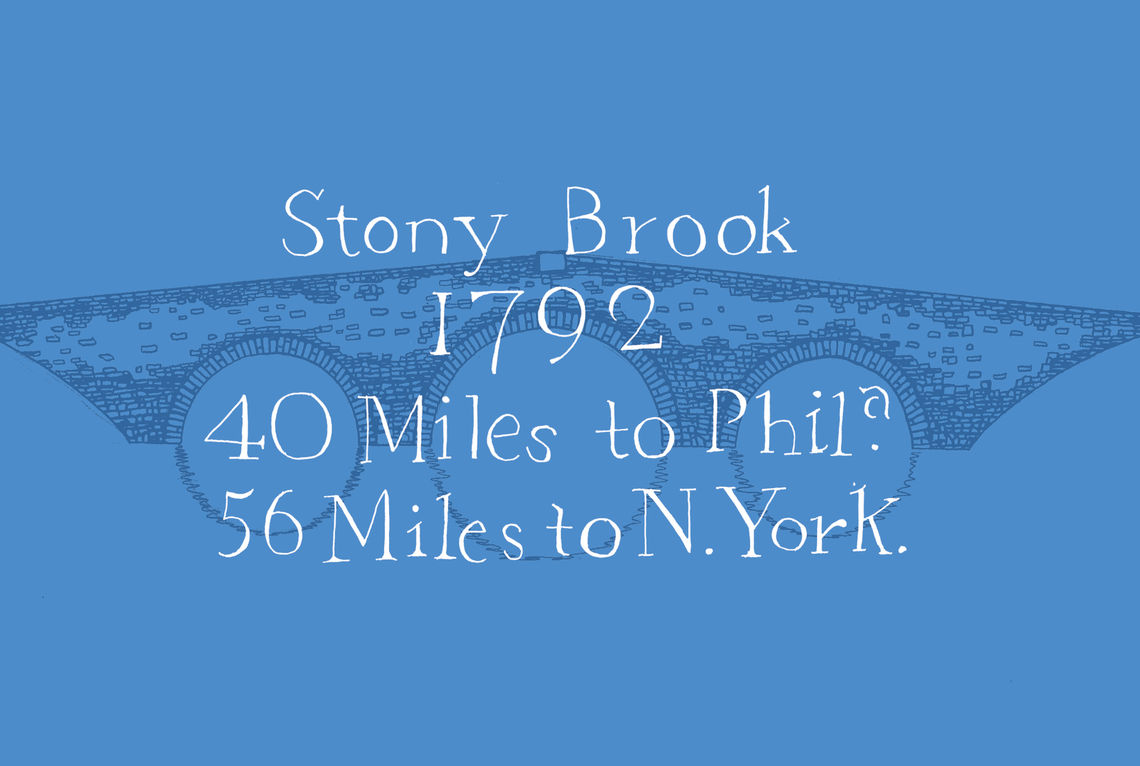 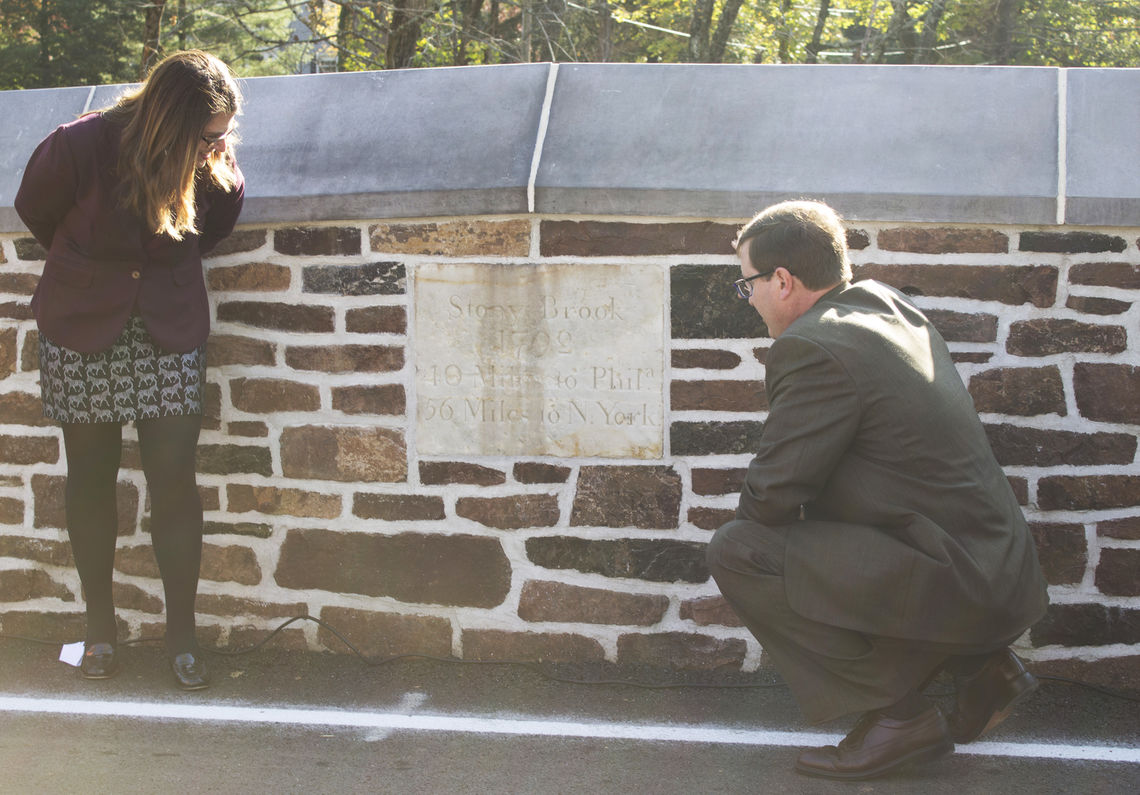 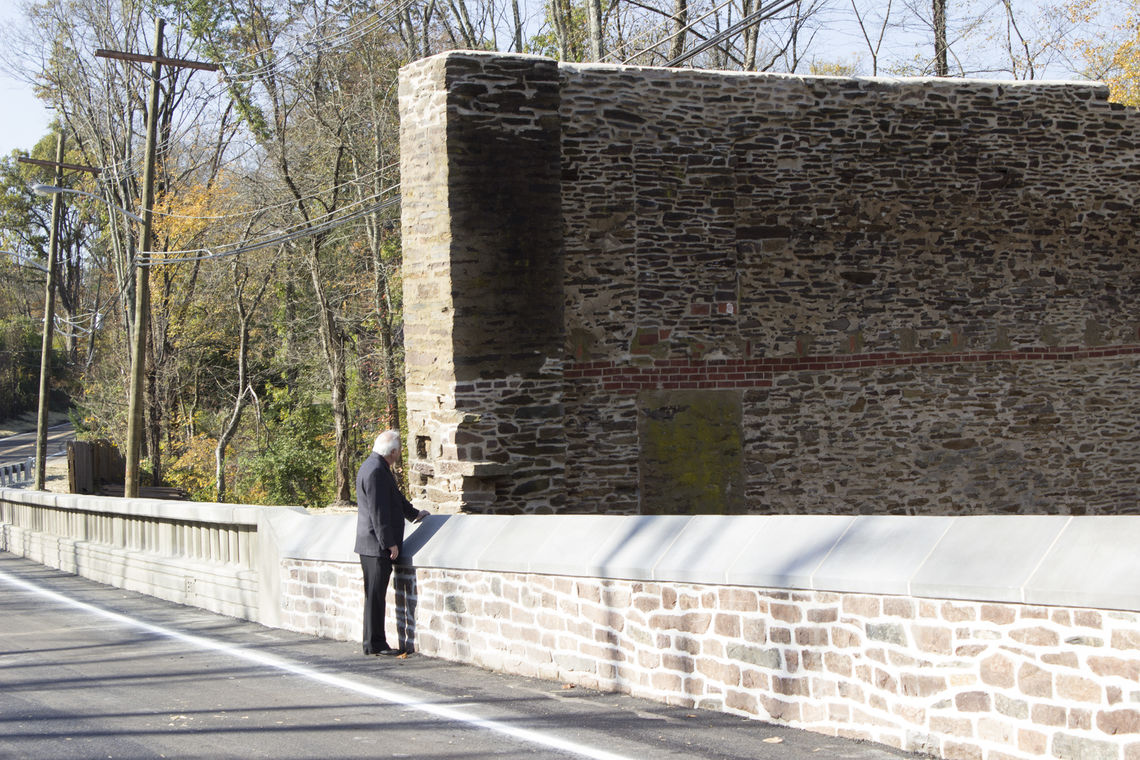 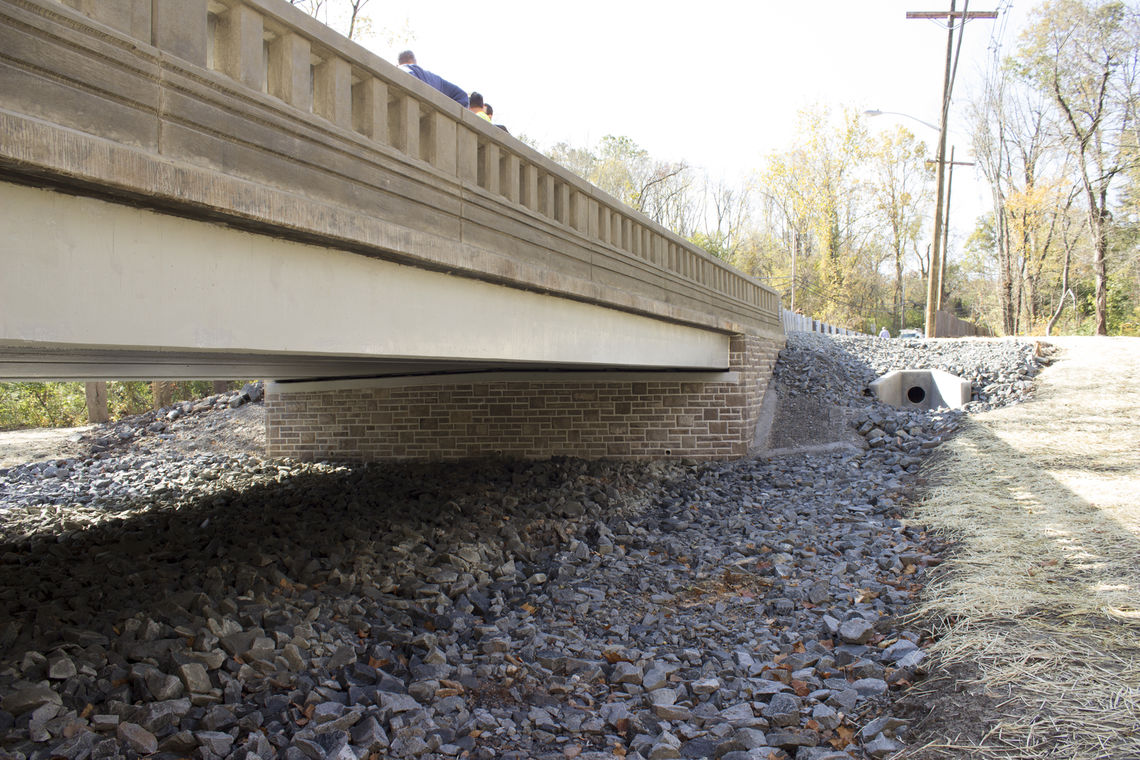 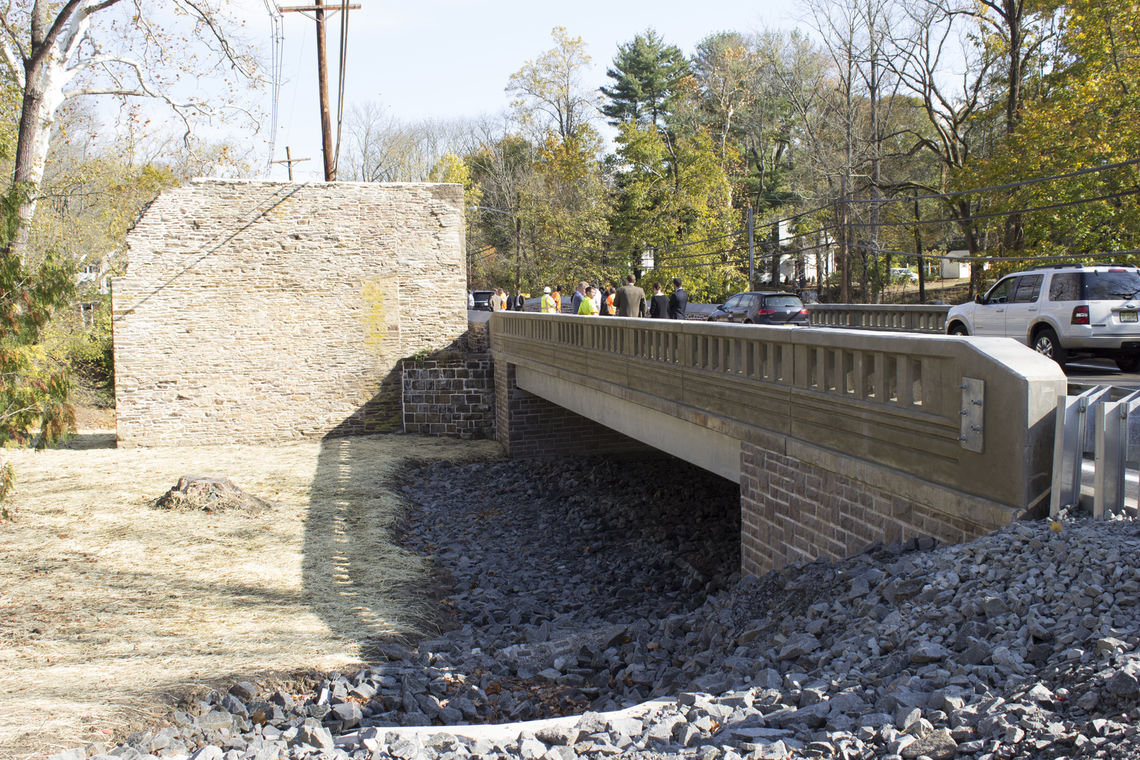 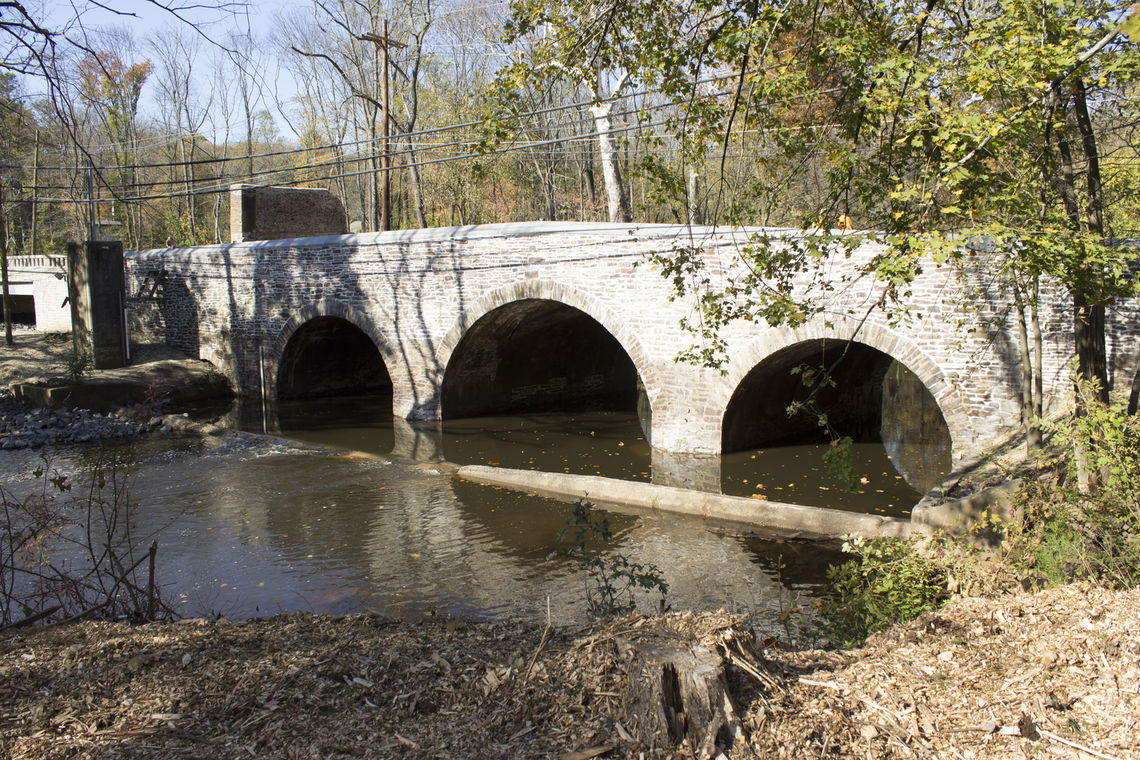 Due to concerns about the preservation of this historic bridge, NJDOT previously could not commit to combining the projects, and the repairs to the arch bridge were deferred. However, when a torrential storm hit, priorities changed. A portion of the spandrel wall failed leaving a large opening in the barrier that protects traffic from the water below. With flood waters coming within a foot of compromising the integrity of the entire arch structure, the historic arch bridge was in peril. At that time, it was determined that the arch bridge needed to be temporarily repaired, then partially reconstructed, combining the project with the replacement of the adjacent Flood Channel Bridge.

“Rehabilitating the oldest bridge on a State Highway in New Jersey is no easy task,”

Urban was teamed with NJDOT’s on-call engineer for emergency design work, Arora & Associates, P.C. of Lawrenceville, New Jersey, to complete the rehabilitation effort. Through extensive public involvement, which played an integral role in the project, the engineering team was able to get the buy-in from Princeton and the various state and local historic groups and permitting agencies, including the State Historic Preservation Office, the New Jersey Historic Sites Council, and the Princeton Historic Preservation Committee. As prime consultant, Arora handled the design effort for the reconstruction of the historic arch structure. Urban assisted with the Final Design effort associated with the substructures of the Flood Channel Bridge. To help blend the new Flood Channel Bridge with the surrounding historic district and adjacent arch bridge, Urban developed a design that featured a cut ashlar stone facing that was comprised of stones salvaged from the original bridge. Design work also included minor re-profiling of the roadway, drainage improvements, replacement of existing guide rail, slope stabilization, and replacement/relocation of existing utilities. The project also included archaeological monitoring and documentation.

The project accelerated through what would typically be a two-year design process in just a few months. At the ribbon-cutting following the project’s completion, NJDOT officials praised the design team for pulling this accomplishment off. “Rehabilitating the oldest bridge on a State Highway in New Jersey is no easy task,” NJDOT Assistant Commissioner, Capital Program Management & State Transportation Engineer E. David Lambert, III, said. “This rehabilitation, done in coordination with the Princeton Historic Preservation Commission, provided an opportunity to document 18th century bridge building methods while improving and strengthening the structure using 21st century techniques.” Princeton Mayor Liz Lempert added that this project “serves as a reminder of Princeton’s important role in the early years of our Republic.”