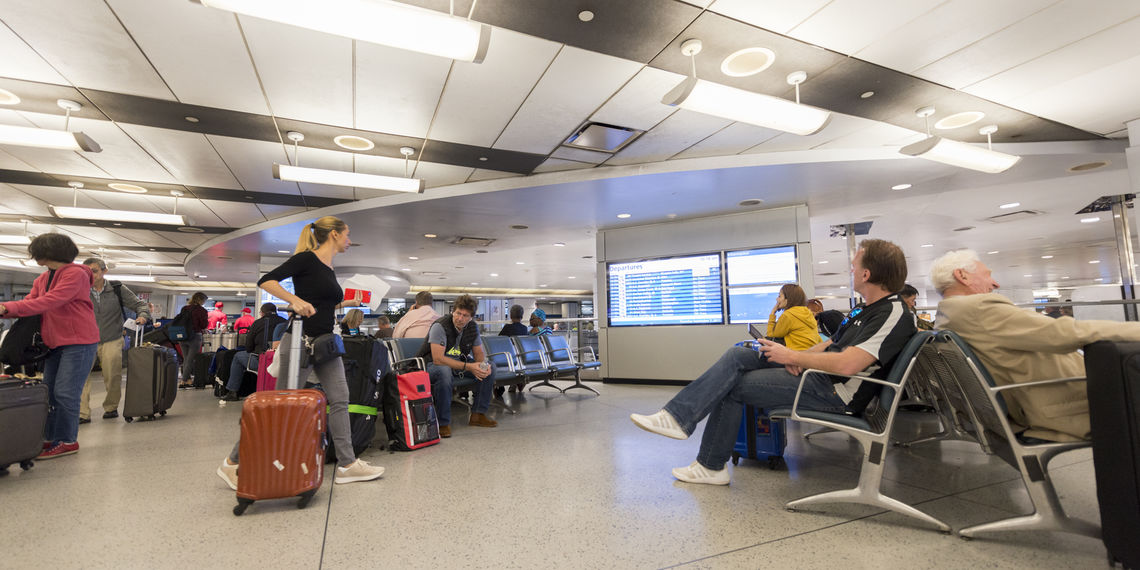 To the New York Penn Station Commuters, the PIDS update is a much-welcomed system to improve the high volume of traffic through the station.

The existing Passenger Information Display Systems (PIDS) in NY Penn Station are operational but not ADA compliant, thus Amtrak is replacing the existing PIDS with a new system. As NY Penn Station is the busiest station in the Amtrak system, the existing system must remain fully functional at all times during the construction projects. The new PIDS shall be installed in the main concourse of NY Penn Station for this phase.

PIDS conveys information such as train number and name, scheduled and estimated departure and arrival time, boarding status, boarding location and destination lists. The system is comprised of electronic (variable messaging) signs and audio components to provide passengers with train status in both visual and aural formats, all in conformance with Americans with Disabilities (ADA) requirements.

Urban was contracted to provide comprehensive construction management services for the replacement of the Passenger Information Display System (PIDS) for Concourse B at Penn Station, one of Amtrak’s most important and busiest station in the nation. Urban is not only handling the construction management but has been assigned to manage and maintain the document control and file sharing systems for Amtrak. During the construction phase, Urban’s scope includes construction management services, the inspection of buildings, conduit routings, support frames, equipment installation and the testing of all completed systems prior to turning them over to Amtrak.  Urban also monitors the CPM schedule,  including production rates and work forces, develops and maintains a document control system, analyzes and processes contractor invoices, such as change order, RFIs, submittals, system tests, inspections, and required deliverables, and assist with as-built drawings.

Urban is responsible for quality assurance and quality control procedures.  Urban monitors and inspects construction activities to assure that all work elements are completed in compliance with contract plans. Urban also monitors the PIDS construction to help the project stay on schedule and within budget. Urban is responsible for managing all system elements of the project in coordination with Amtrak B&B and IT departments. Urban also coordinates the training for Amtrak TOC and maintenance personnel.

The Amtrak PIDs project is focused on replacing and adding PIDS throughout concourse B in Penn Station.  In order to do so, many things need to be done beforehand, including the installation of junction boxes and conduits, framing of the various closets where these monitors will go, and integrating the electrical and data.

The PIDS project includes interfacing with the technology implemented at all times during the project.  This allows the ability to monitor the satisfactory integration of the technology with the standard construction elements in NY Penn Station, such as the installation of conduits, wiring and structural supports. As construction manager, Urban Engineers is monitoring the contractor work and coordinating the work with the Amtrak force account personnel. Amtrak forces are responsible for electrical and data wiring, and connections to existing Amtrak equipment. AT&T is providing the CAT6 cables and new switches. The construction contractor is installing conduit and other infrastructure elements. As construction manager, Urban resolves issues related to the work by and between these separate work forces.

Urban is working with the designer and commissioning agent to deliver a quality system. Urban is monitoring safety during the project and reviewing the Site Specific Work Plans. During a typical day, Penn Station serves a passenger population equivalent to the population of Milwaukee, WI. This is all conducted in a single city block beneath Madison Square Garden.

A large challenge faced throughout this project is the sensitivity of the work area.  As stated above, Penn station is considered to have one of the largest amounts of daily foot traffic. Surrounded by all of these people the work in the station has to be done at night, while the designers and contractors are working during the day.  This difference in work hours can present miscommunications which can delay the project.  Urban has been able to help overcome this challenge by sending out daily reports of what was done the night before and continuously making sure that all companies that are involved are on the same page.  A meeting is also held once a week to discuss the progress of the project and any open/ unforeseen issues.  Some issues that presented challenges include areas containing asbestos (ACM), unforeseen obstructions in the station, and the integration of new equipment and software with the existing.  Through weekly meetings Urban has been able to coordinate resolutions to the issues. 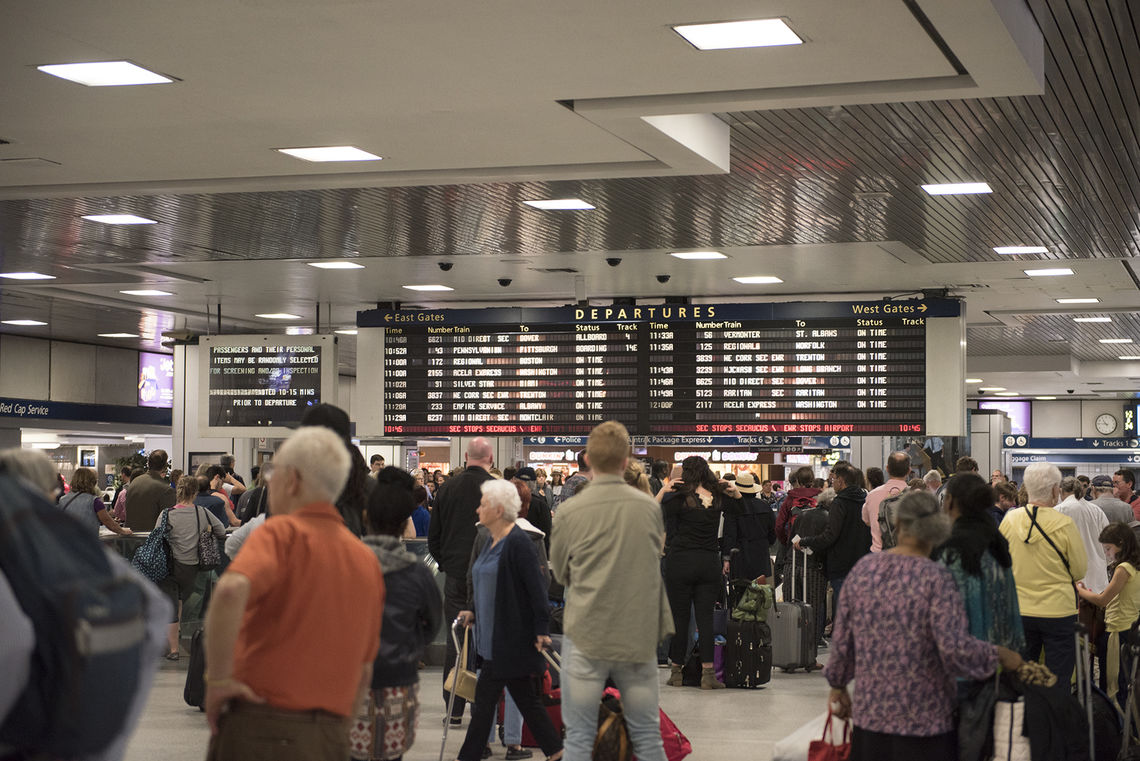 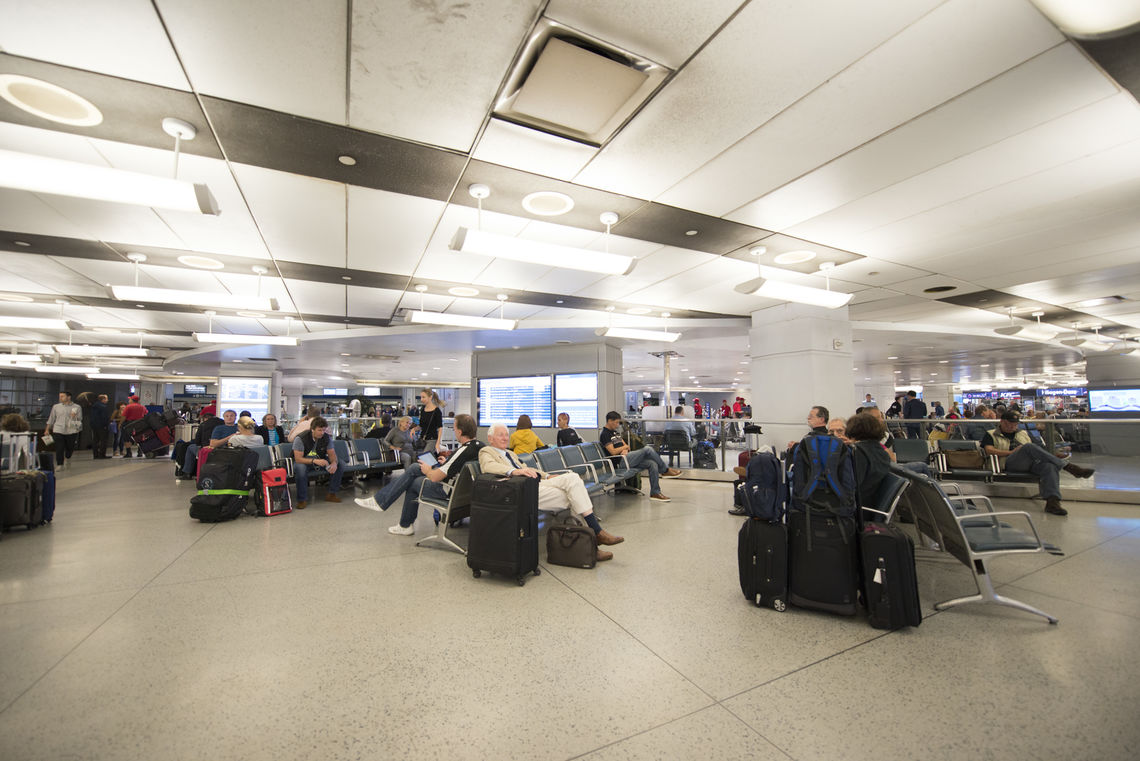 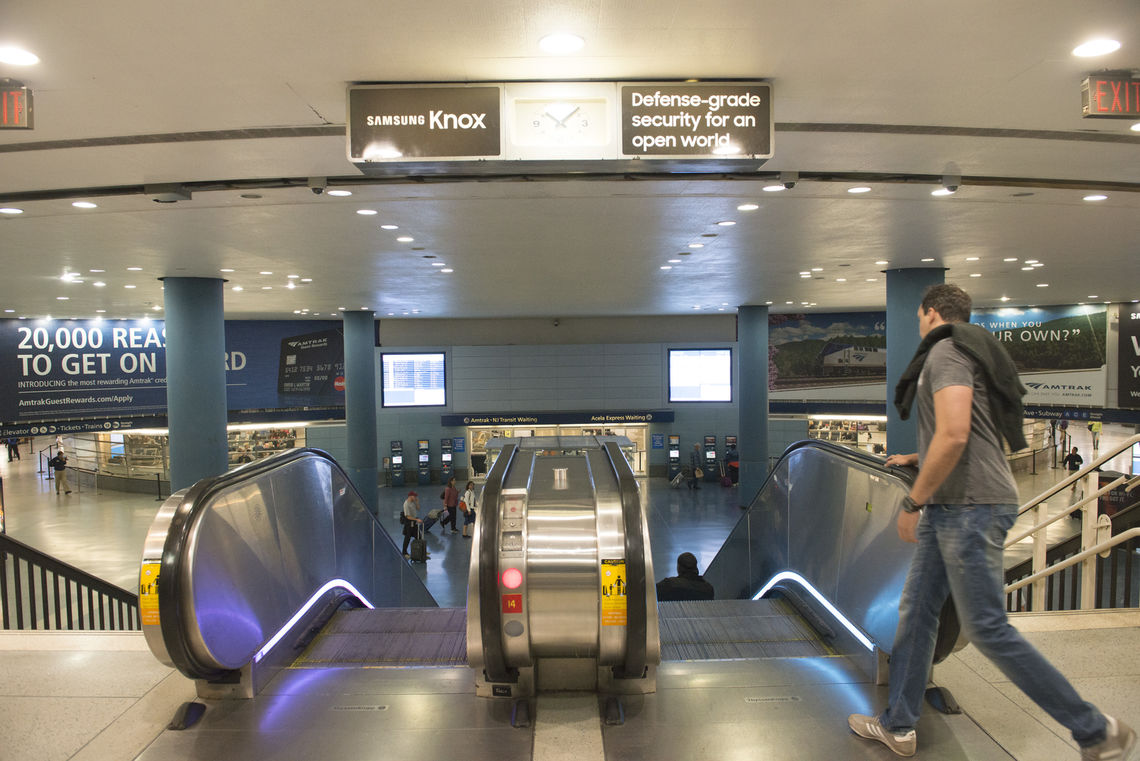 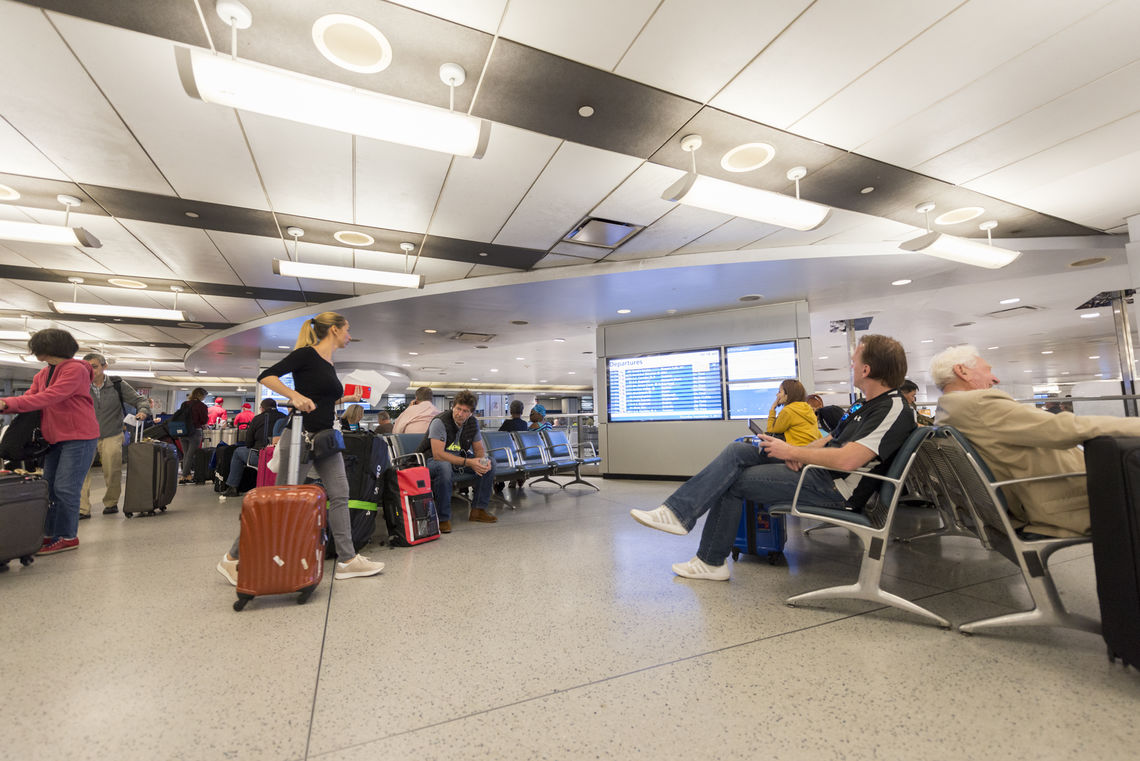 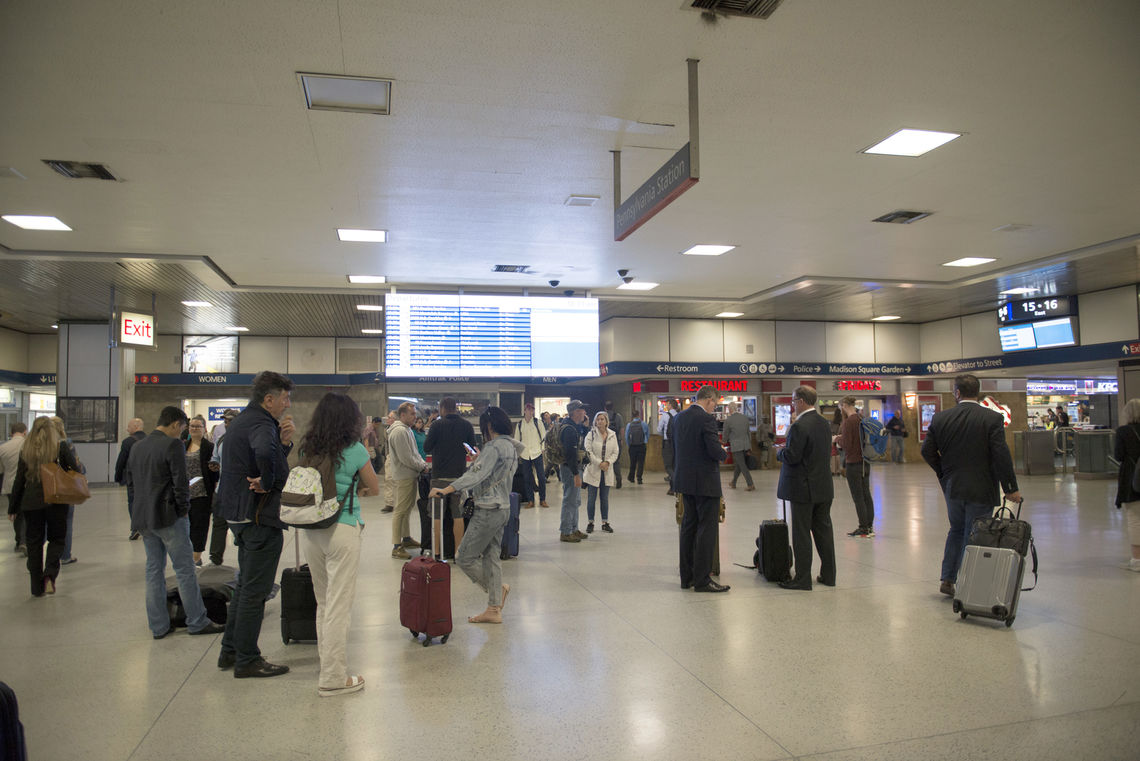 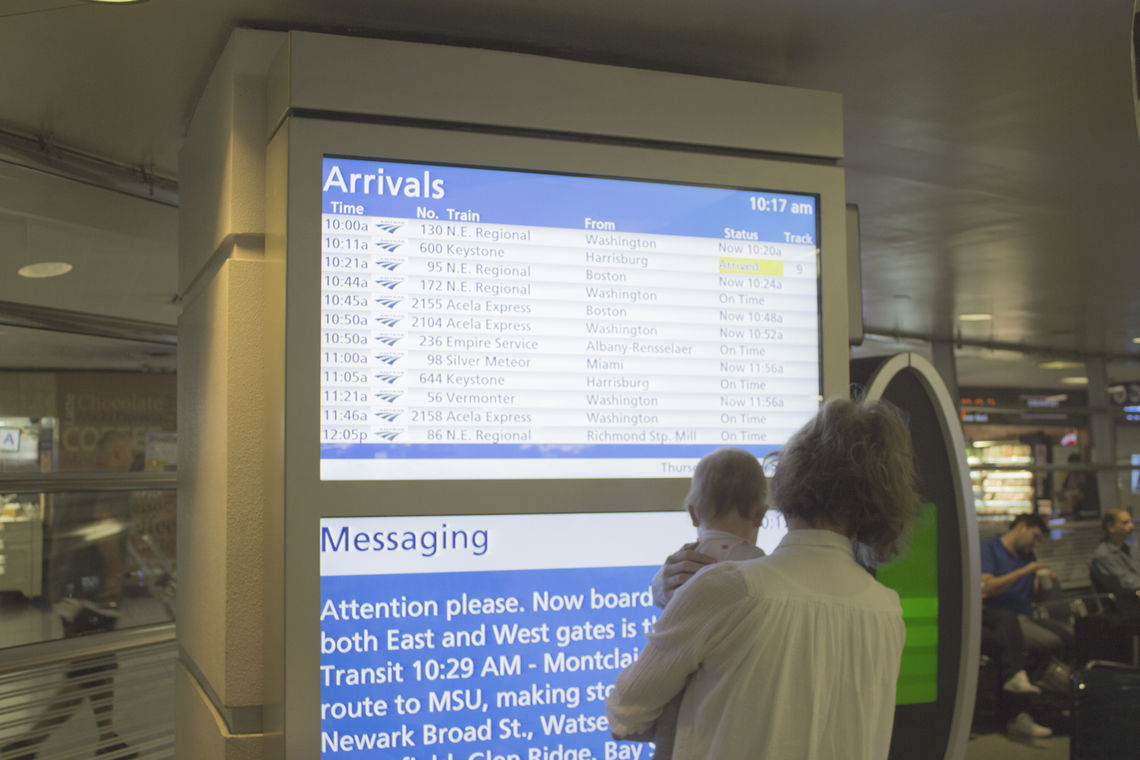