Urban is pleased to announce that it won three National Recognition Awards from the American Council of Engineering Companies at the organization’s annual Engineering Excellence gala in Washington, DC. Heralded as the “Academy Awards” of the engineering industry, the event honors the preeminent engineering achievements for 2015 from throughout the world. Urban was recognized for its local work on Dilworth Park, The Franklin Institute’s Nicholas and Athena Karabots Pavilion, and the Complete Streets Master Plan for Downtown New Britain. These projects were previously honored at the state competition.

“It is an honor and privilege to be recognized for these projects at the national level,” said Urban Senior Vice President Matthew Marquardt, PE. “Our staff diligently work on projects that improve the built environment, and these three projects are proof of their success.”

Once an uninviting apron of concrete around Philadelphia’s City Hall, Dilworth Plaza was transformed into a welcoming, transit-oriented park for all Philadelphians and visitors to enjoy. Urban led the design team and focused their efforts two-fold: the re-envisioning of the three-acre, above grade public area and providing better connections to the historic nexus of transportation directly beneath the park which transports 305,000 passengers each day. Now Dilworth Park, this new space introduces yearlong programming including movie nights, farmer’s markets, and concerts. The fountain area becomes an ice skating rink in the winter, and there is a café operated by one of the most gifted chefs/restaurateurs in the country for visitors to enjoy. Urban shares this award with client Center City District.

The Nicholas and Athena Karabots Pavilion was a significant expansion in The Franklin Institute’s history. The 53,000-square-foot, $41 million pavilion transformed the Institute in a number of ways, adding to the appeal of Philadelphia’s central hub, the Benjamin Franklin Parkway. The pavilion improves public circulation around Franklin Hall and has converted the once dead-end galleries into a continuous route on all floors. The three-story expansion is home to the museum’s, and country’s, largest permanent exhibition, “Your Brain,” a climate-controlled traveling exhibition gallery, a state-of -the-art conference center, and an expansive new education center. Urban served as the civil and MEP engineer for this monumental project. The firm share’s national recognition for this project with architect SaylorGregg and The Franklin Institute. 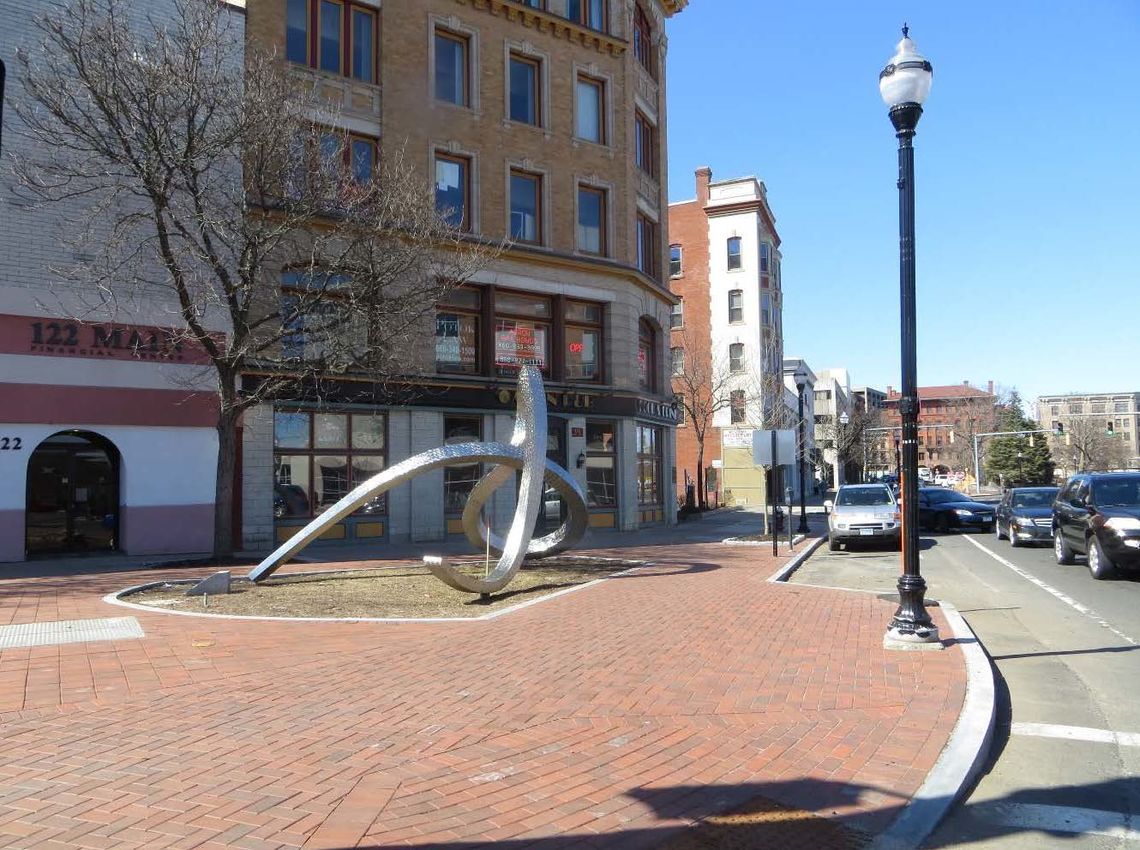 Internationally recognized as the home of invention and manufacturing for over 200 years, New Britain is reinventing its downtown in concert with CTfastrak, the innovative bus rapid transit initiative that is the spine of Central Connecticut’s new regional transit system. As the southern hub of the system, New Britain is transitioning its auto-centric infrastructure to one that centers on the concept of a “Complete Street,” one that is designed, operated and maintained to enable safe access for pedestrians, bicyclists, motorists, and public transportation users of all ages and abilities. The Complete Streets Master Plan for Downtown New Britain leverages the city’s best assets – its dense, compact, walkable downtown, open spaces, and many beautiful, historically significant buildings – with a comprehensive network of multi-modal transportation and urban design improvements. A road diet network centered on New Britain’s Main Street included a redesign of nine intersections with pedestrian enhancements to improve safety and reducing crossing distances. Reconfigured curb-to-curb space allowed bike accommodation, new and improved open spaces, a new roundabout gateway, and innovative head-out and shared parking solutions. The Plan also included a new wayfinding and historical signage system, and a design palette with design standards to provide a uniform look and feel to the downtown. The Plan’s recommendations set the stage for New Britain to both support and benefit from the federal and state investments in CTfastrak of over $570 million. Many of the Plan’s phases are in design and construction. Urban was the lead transportation planning and engineering design consultant for the Complete Streets Master Plan, designed and implemented the public engagement for the plan’s development, and coordinated the project team. Urban also wrote and produced the Master Plan. Project Team members included Richter & Cegan Inc. for landscape architecture/urban design, Rumney Associates for wayfinding, and AKRF for historic preservation.