Members of the Construction Management Association of America (CMAA), the country’s leading professional construction and program managers’ organization, deliver thousands of creative and innovative projects around the world. In recognition of projects constructed in the Mid-Atlantic Region, CMAA’s local chapter hosted the 2015 Achievement Awards dinner on June 2 at the Union League in Philadelphia. Some Urban Engineers’ projects received awards.

Recognized as a Project of the Year in the “Infrastructure Projects over $100 million” category was the Walt Whitman Bridge Deck Replacement, which was a joint venture between Urban Engineers and URS.

The bridge is a vital artery between Southern New Jersey and Philadelphia, averaging 120,000 vehicles per day, consisting of commuters, commercial vehicle operators  carrying goods to and from the ports along the Delaware River, tourists visiting the New Jersey Shore, and countless others traveling along Interstate 76. Over the years, all of that traffic resulted in a great deal of wear and tear on the bridge and its related infrastructure.

The Delaware River Port Authority implemented $128 million in improvements to the 57-year-old structure, which included replacing the seven-lane, 3,500-foot-long suspension span roadway deck with a lightweight concrete “floating” deck, and the 250-foot-long Pennsylvania and New Jersey anchorage decks. In addition to the narrow working conditions, adjacent to live traffic and 150’ above the Delaware River, numerous issues had to be overcome, yet the project opened to full-width traffic nine months early. As a result, the contractor received the maximum contract incentive of $1,200,000 for completing Stage 4, and a $25,000-per-day early completion milestone bonus of $5 million for completing all seven stages.

The DRPA stated that they could not be happier with the outcome, and the contractor’s Chief Operating Officer, Dan Bell, stated that he has never worked with a better construction manager, both testaments to a successful project. 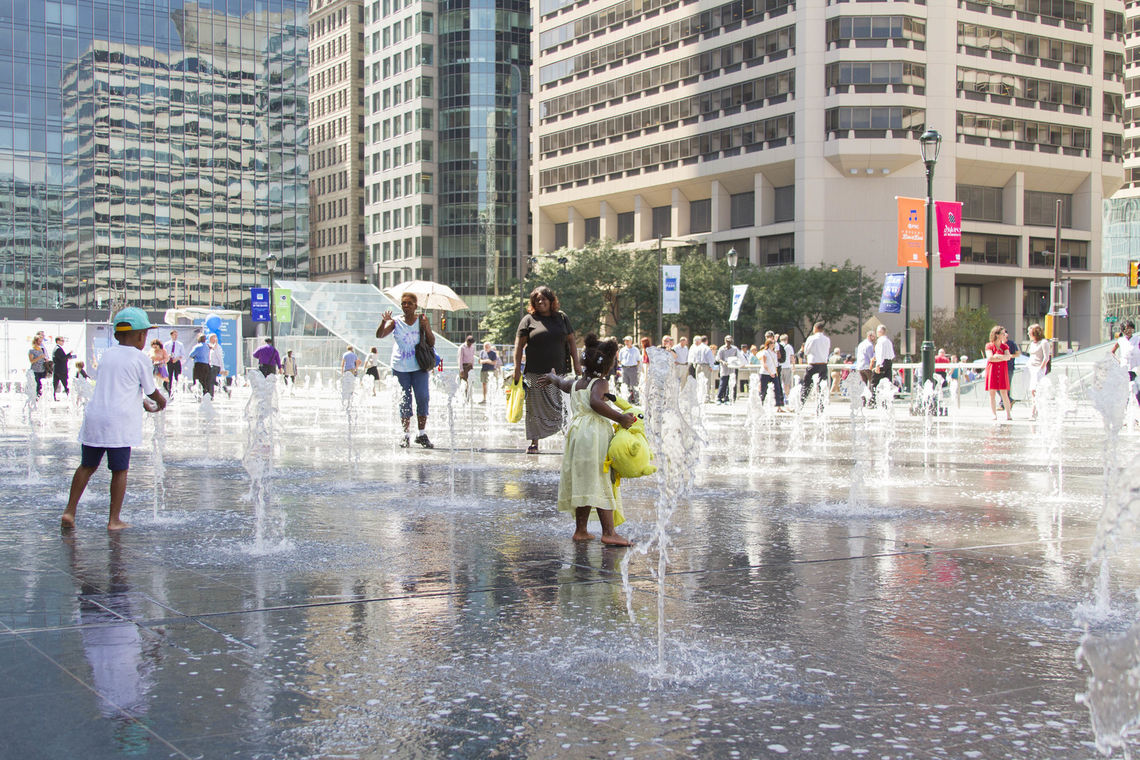 Additionally, Gilbane Building Company won the “Infrastructure Projects over $20 million” award for its work on Dilworth Park. Urban Engineers was the project manager for the design of renovations the 2.5-acre public plaza on the west side of Philadelphia’s City Hall. The project created a dynamic public space that provides a highly visible and active portal to the region’s multimodal transit system, enhances pedestrian safety and comfort, and celebrates City Hall, which is listed on the National Historic Register.