Urban Engineers of New York, D.P.C., is pleased to announce that two of its projects were recognized at the recent American Council of Engineering Companies of New York’s (ACEC New York) 50th annual Engineering Excellence Awards Gala at the New York Midtown Hilton. The New York City Department of Parks and Recreation project, the Reconstruction of the 44th Drive Pier in Long Island City, NY, was honored with for a Gold Award in Category C: Structural, while the Westchester County project, the Replacement of the Dynamometer System in Yonkers, NY, was honored with a Platinum Award in Category L: Industrial and Manufacturing Processes and Facilities.

“We would like to congratulate our clients, the New York City Department of Parks and Recreation and Westchester County, on the successful completion of these projects and on the recognition from ACEC New York,” said Charles “Chuck” King, PE, Urban’s vice president and New York office manager. “These projects, engineering achievements in themselves, also go a long way toward benefitting the communities in which they reside. 44th Drive Pier now provides breathtaking views of the Manhattan skyline for residents and tourists, while the new dynamometer system will allow Liberty Lines in Westchester County to more efficiently monitor the engine performance of its bus fleet. This diagnostic tool will save hours of engine life, resulting in longer service of the buses and reduced replacement times for the fleet.”

The deterioration of 44th Drive Pier along the East River made it an unappealing waterfront location. The pier’s marine location in a dense urban neighborhood, along with other factors, made reconstruction challenging. Through dynamic design and diligent and innovative construction supervision, the project was completed within budget and six months ahead of schedule. Construction challenges included the removal of a combined sewer outfall, encased in concrete, and the installation of a new 66” reinforced concrete pipe on piles. Urban coordinated removal and replacement of the sewer chambers with the NYC Department of Environmental Protection. Urban’s team provided construction management and supervision services and served as the owner’s representative on this project. Urban was also responsible for inspection during the removal and installation of the pier piles. 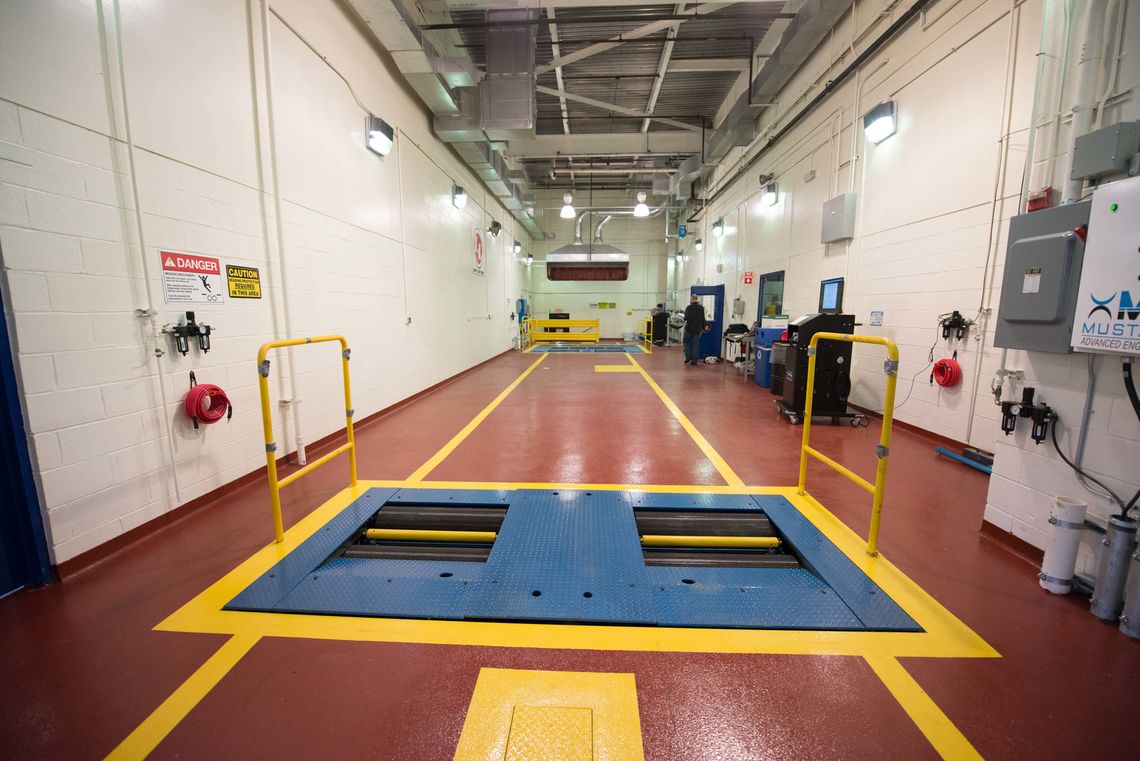 A new dynamometer and brake tester were designed and installed within an isolated, enclosed room in the Central Bus Maintenance Facility, which houses over 200 buses in Yonkers, New York. The dynamometer permits the bus fleet of over 300 vehicles to undergo checks of engine performance, road test simulation, drivetrain, and emission tests in a safe, clean interior environment. In addition, the brake dynamometer simulates the vehicle forward driving deceleration force and provides brake pressure for each brake drum. This allows the operator to obtain accurate efficiency on the performance of the brake assembly. The equipment is flush mounted in the floor slab and specialized heating, ventilation, and exhaust systems capture engine exhaust directing it away safely from the room and other work spaces.