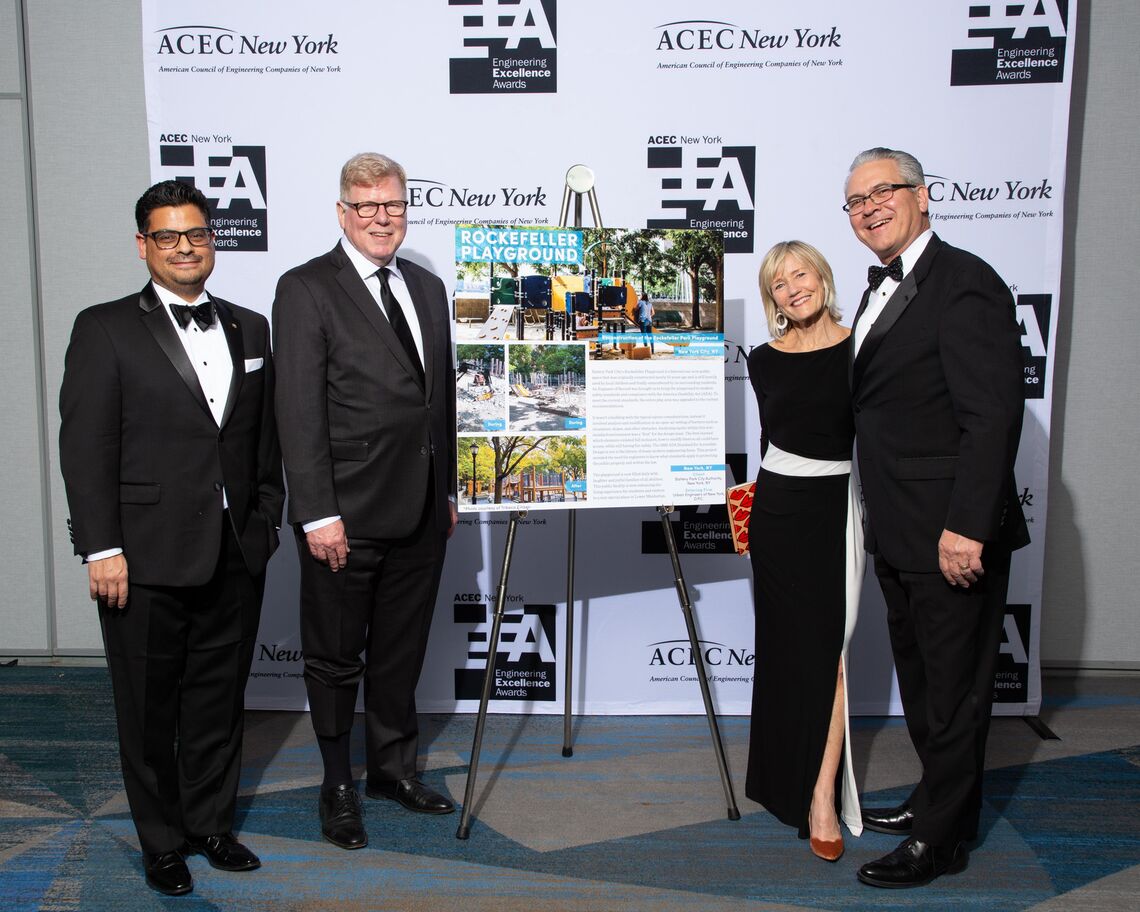 Urban Engineers of New York, D.P.C., is pleased to announce that the reconstruction of the Rockefeller Playground in Battery Park City was honored with a Gold Award by the American Council of Engineering Companies of New York’s 2022 Engineering Excellence Awards program. The project was recognized in the special projects category at the organization’s 55th Annual Engineering Excellence Awards Gala, which took place at the Hilton Midtown in New York City on April 9, 2022

“We would like to congratulate the Battery Park City Authority on this successful restoration and reconstruction project and on the acknowledgment from ACEC New York,” said William Thomsen, PE, president of Urban Engineers of New York, D.P.C. “Urban was proud to provide design solutions to allow this treasured public space to now be utilized by children of all abilities.” 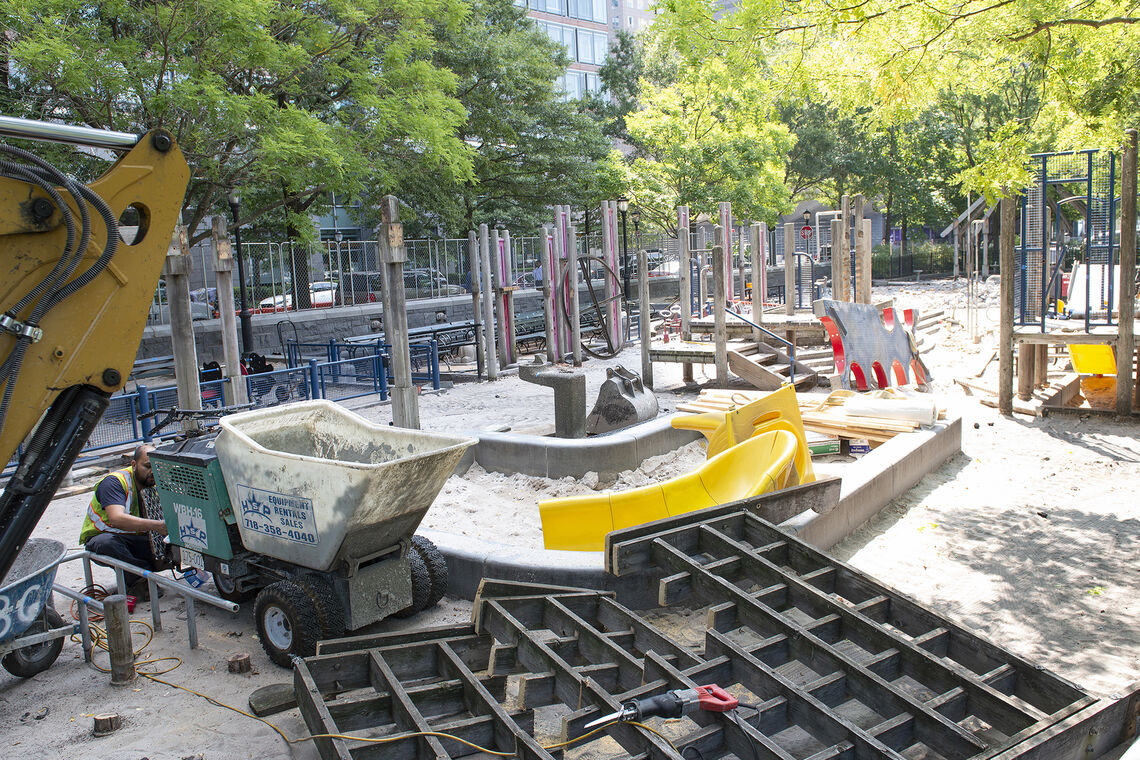 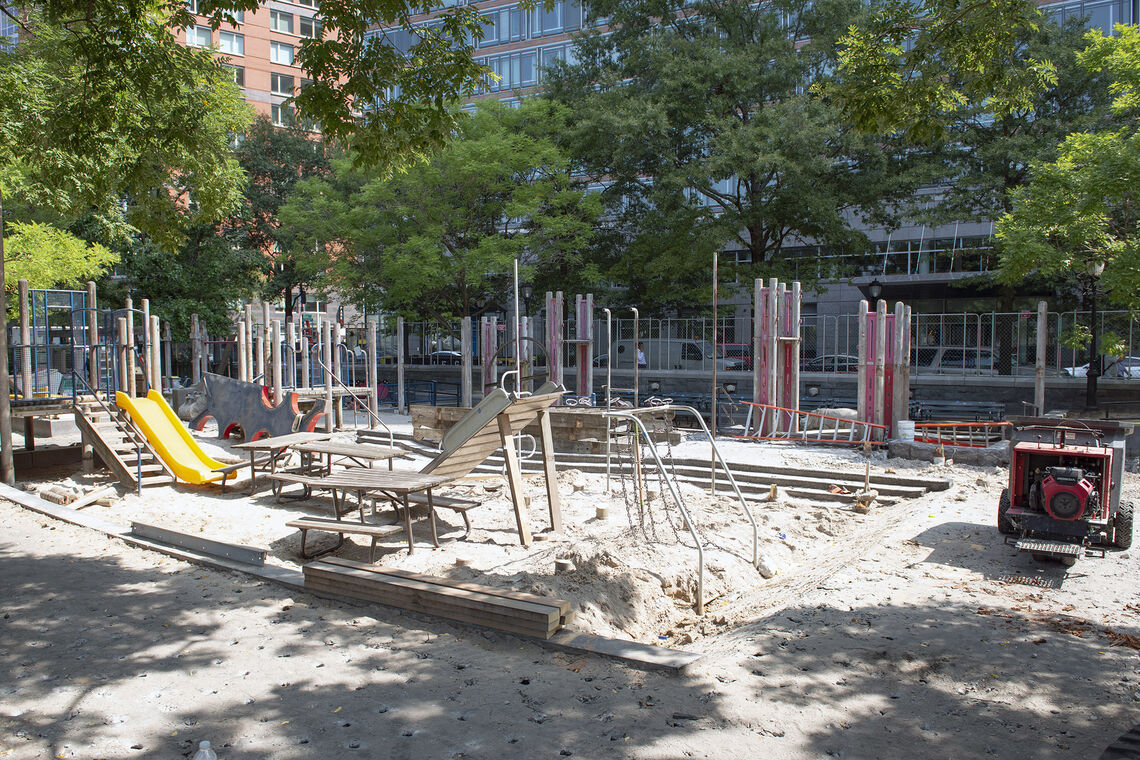 The Rockefeller Playground – which was originally constructed nearly 30 years ago – is a beloved feature within Battery Park City and is heavily used by the local children and fondly remembered by previous generations of the surrounding residents. The recreational area’s features were outdated and no longer met current recommended standards for safe play, leaving a potentially hazardous recreation environment for children. Urban Engineers was responsible for restoring and upgrading the one-acre public space to current playground safety standards and compliance with the America Disability Act (ADA).

The function and location of the playground equipment could not change because the community wanted the long-standing playground preserved. In order to achieve this preservation, all the equipment was replaced “in kind,” including configuration, dimensions, and materials. Surveys of the existing equipment were performed to document the original installation. These surveys used scanning imaging to record the “in kind” arrangement. This information was used by the playground equipment fabricator to replicate the equipment and construct the elements within an off-site fabrication shop. The pieces were then disassembled and shipped to the job site, where the construction crews assembled them.

Equity for all children was incorporated into the design of this playground by upgrading accessibility to ADA recommended standards. Elevated equipment balanced with ground-level equipment has led to a fair equitable experience for all children. Analyzing equity within this non-standard environment was a “first” for the design team. Urban learned which elements violated full inclusion, how to modify them so all could have access, while still having fun safely. The 1990 ADA Standard for Accessible Design is not in the library of many modern engineering firms. This project revealed the need for engineers to know what standards apply to protecting the public properly and within the law. 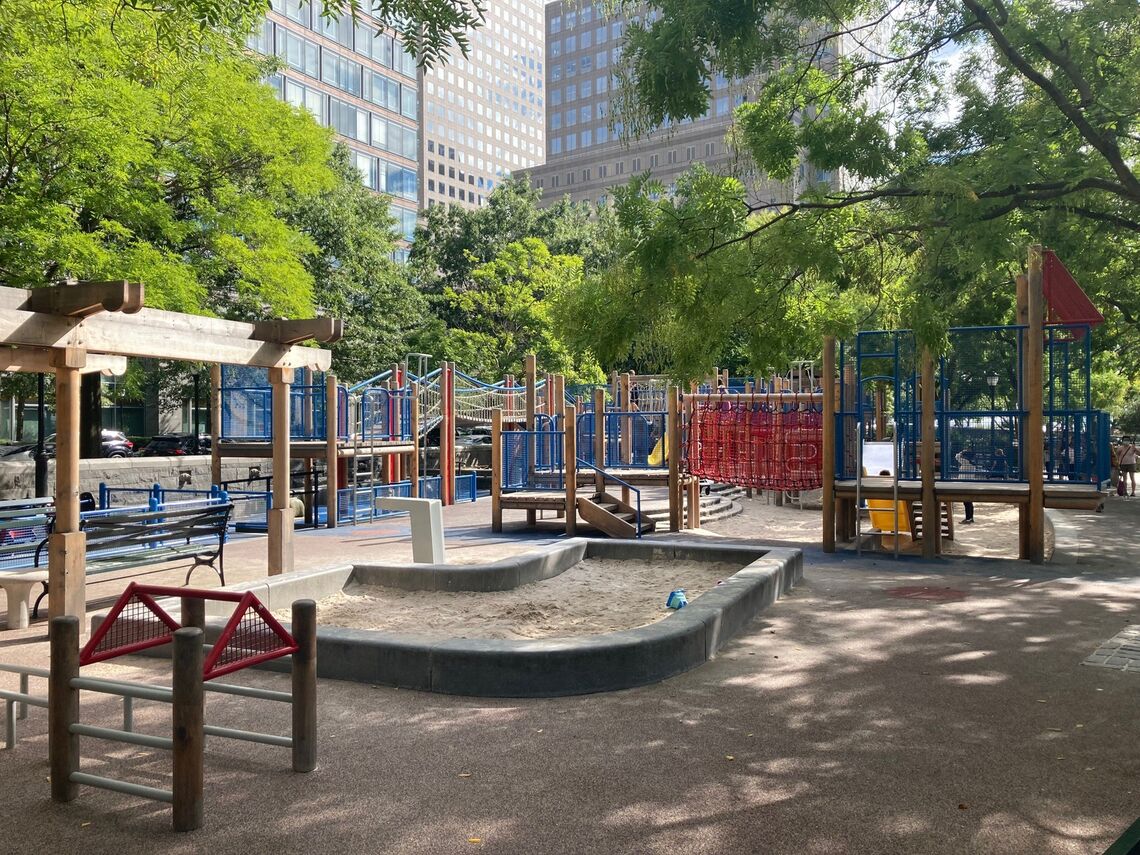 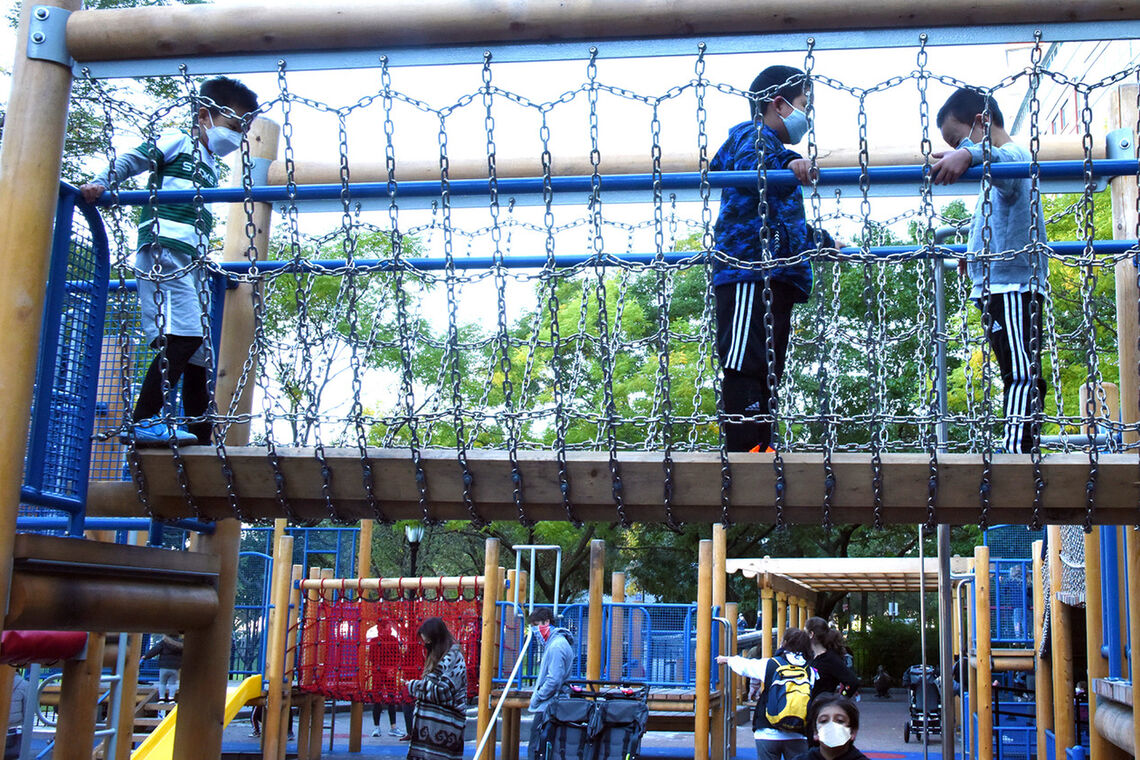 The playground’s opening was a long-awaited and much-anticipated event – having been delayed due to the COVID-19 pandemic – so it was critical that stakeholder satisfaction was achieved. This public facility is now enhancing the living experience for residents and visitors to a very special place in Lower Manhattan.