Construction is underway on the new Comcast Innovation and Technology Center (CITC) at 1800 Arch Street in Center City Philadelphia. The new $1.2 billion, LEED Platinum glass and stainless steel tower is a bold design and headlines the unprecedented $4.7 billion of development in the works for Philadelphia. It’s also a major milestone for Urban’s growing Special Inspections practice.

The 59-story, 1,121-foot tower is expected to be the tallest building in the United States outside of New York and Chicago. It will also gain  recognition as being the largest private development project in the history of Pennsylvania. For Urban’s John DiValentino, PE, LEED AP, the project is the realization of a dream. “I always wanted to be part of a team that transforms the city’s skyline,” said DiValentino, who is overseeing a team of special inspectors, who will carefully monitor the project from its first foundation to its completion in 2017. His crew will be drawing upon Urban’s experience from working on major building projects like One World Trade Center in New York City, where Urban monitored construction on behalf of the Port Authority of New York and New Jersey.

Recently, DiValentino’s team oversaw one of the largest concrete pours in Philadelphia’s history. During a 12-hour period, 370 trucks delivered 3,700 cubic yards of concrete for the CITC’s 10-foot-thick, 15-million-pound foundation mat. Urban’s special inspectors oversaw the quality of the material stream and its placement. Prior to the pour, they were responsible for checking the overall conditions of the placement area. As a testament to his work-ethic, DiValentino was the first one there and the last to leave. A three-sport star at Upper Moreland High School in Montgomery County, PA, he compares this work to grinding from the five-yard line for a touchdown. “It takes teamwork, endurance, and sheer determination,” he said.

Selected by Liberty Property Trust, the joint developer with Comcast, in a competition involving multiple local and national firms, DiValentino was integral in positioning Urban to provide special inspections service. 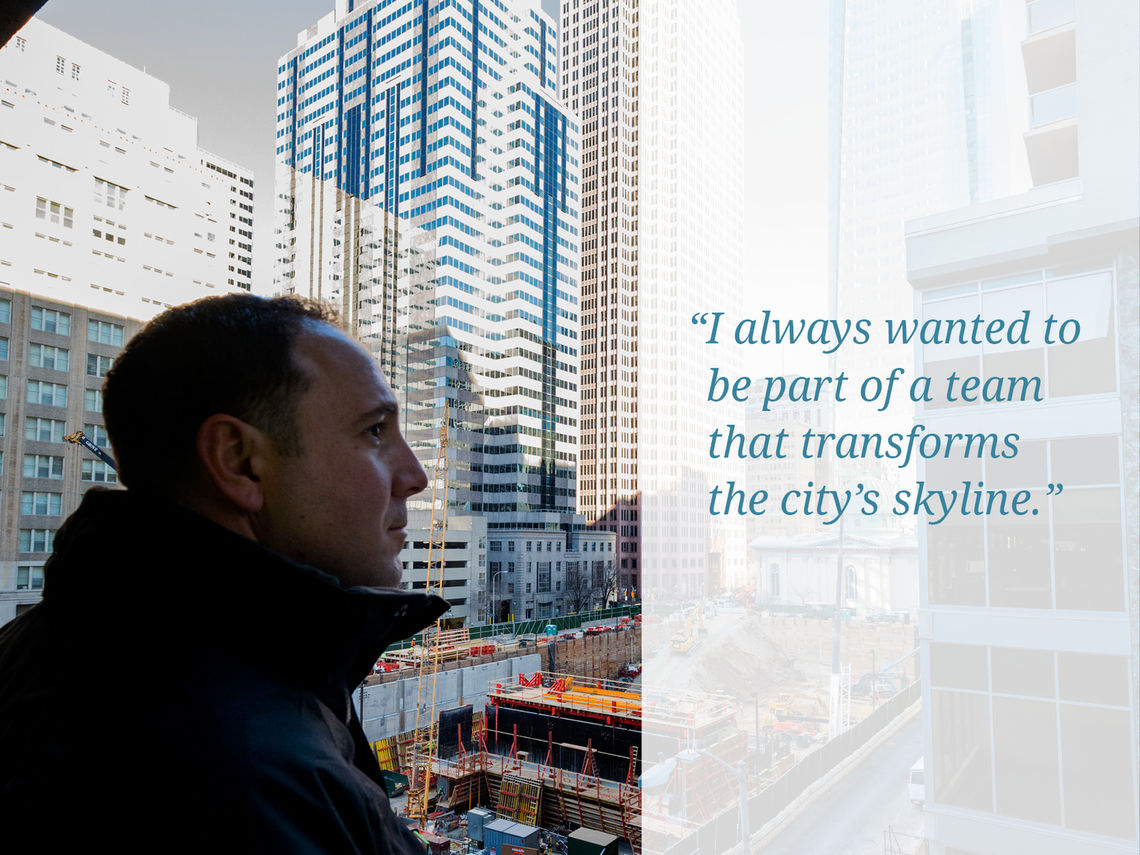 Urban has been ahead of the curve as recent changes in building ordinances in New York City and Philadelphia are requiring building owners to hire accredited special inspections agencies for their projects. Special inspections are conducted during the construction process to verify that work is being done in accordance to approved plans and specifications. In 2012, Urban’s New York City practice gained accreditation with the International Accreditation Service™ (IAS™), a subsidiary of the International Code Council. Urban is one of few firms that is accredited in over 30 special inspections categories in New York City. The firm is also poised to be one of the first to gain accreditation in Philadelphia.

One day, I’m going to walk down the street with my kids, proudly point to the skyline, and say ‘I had something to do with that’, DiValentino said.

The genesis of these new special inspections requirements comes from Section 17 of the International Building Code® (IBC). More often than not, in the past, these tasks were delegated to the building contractor, not the project owner or registered design professional as required by the IBC. “The pace of construction is so great that if documentation is lost, material records not followed, it could go real wrong, real fast,” said DiValentino. “Then it becomes a huge issue and you’re backtracking administratively and forensically to get the records you need for the permit, which could really delay the process.” The IAS is trying to raise the credibility of special inspections, which has largely been viewed as a commodity until now. “It’s great for the consulting industry,” said DiValentino.

Now as more local governments are recognizing the importance of these requirements, they will be calling for more appropriate oversight to ensure competent performance and completion of work as specified and approved.

In Philadelphia, the Department of Licenses and Inspections has always enforced Special Inspections since they were incorporated into the IBC, but the program lacked structure. “There were no defined qualifications outside of those identified by the IBC and the department assumed little responsibility in ensuring adequate communication between the contractor, design professional, and special inspector,” said Elizabeth Baldwin, PE, the Development Division Director for the City of Philadelphia’s Department of Licenses and Inspections. According to Baldwin, the opportunity for improvement was highlighted during an evaluation of the department for IAS accreditation in 2013.

“We were reminded that the primary cause of structural failure was inadequate inspection and the critical importance of a cohesive program,” she said. “We immediately took steps to improve the program.” As a result, by September 2015, the Department of Licenses and Inspections will require formal registration for both special inspections businesses, as well as the individual special inspectors. “Our ultimate goal is the protection of public safety through the enforcement of sound construction practice,” Baldwin says. “Quality assurance of critical construction components by individuals with the necessary, specialized expertise is integral to the achievement of this goal.”

According to DiValentino, “People who really know the science of engineering make accurate decisions that not only lead to a better constructed building, but also directly and positively affect the bottom line.” He hopes to bring this message to more building owners.