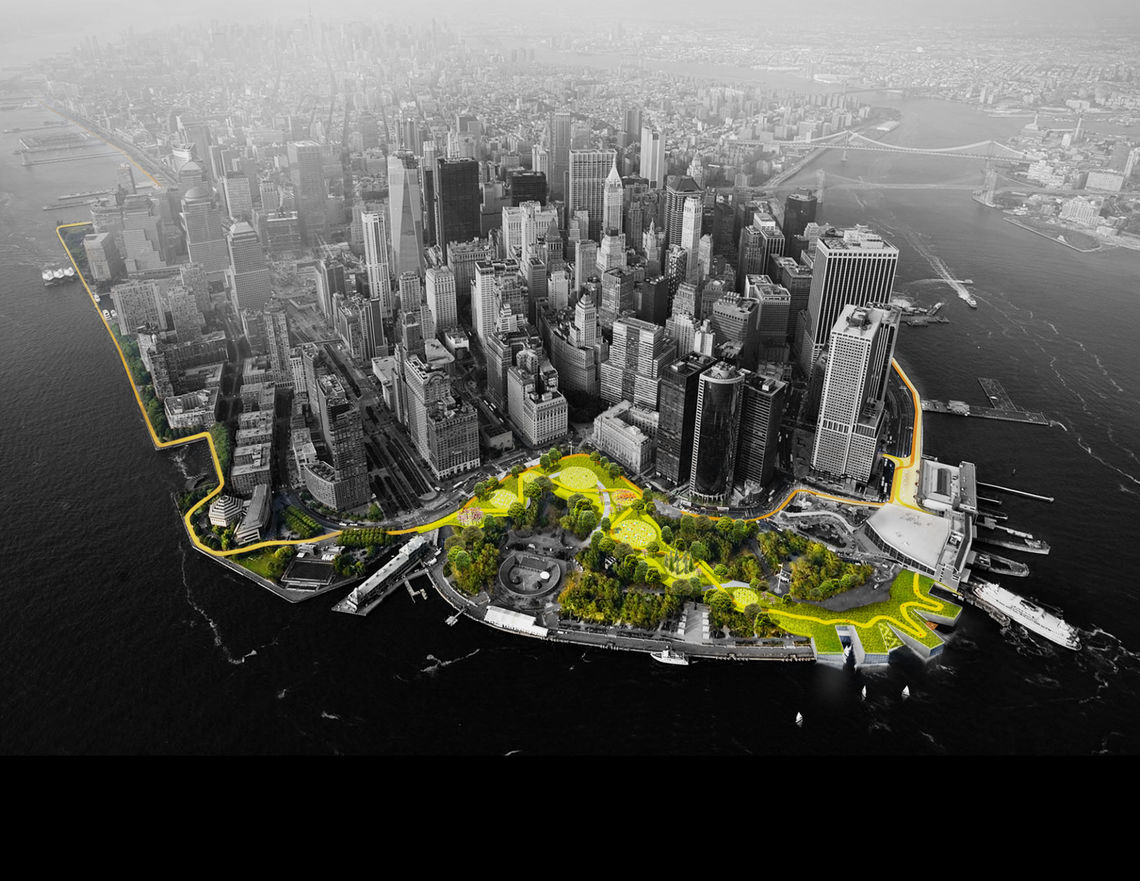 The "Big U" Credit: The Big Team

Matthijs Bouw, principal of One Architecture, based in the Netherlands, likes having the ability to select RFPs based on where his company can make the most impact. When the Rebuild by Design Competition was announced, he knew it was a once-in-a-lifetime opportunity.

Rebuild by Design was organized by President Barack Obama’s Hurricane Sandy Rebuilding Task Force as part of a larger $60 billion federal aid package for the NJ-NY-CT region in response to the natural disaster’s devastation in 2013. One Architecture teamed with the international architectural company Bjarke Ingels Group and focused their efforts on resiliency in Lower Manhattan. Their submission, called the Big U, was eventually selected as one-of-six winning solutions among 10 multidisciplinary design teams that feature 148 international applicants. The six winning projects have received initial funding of $920 million, with the Big U receiving $335 million of its $1.2 billion first phase. The six designs are just the start of a nationwide effort that will ultimately change the way we think of infrastructure.

Resiliency is about fixing your boiler and wiring to the Big U and everything in between. It’s a very exciting theme.

What attracted you to the competition?
Coming from Dutch culture, where there is a collective narrative about how things are shared, the prospect of multidisciplinary teams working collaboratively with the communities and agencies of the New York region to change the culture of urban design was super exciting.

What are the next steps?
In some ways, we’re going to have to go through the same phases all over again. Specifically, we have to better understand how the Greater New York City implementing agencies work and see how we can align their working methods. We also need to find a way to involve the engineering teams because they have had a limited part in the process. I tend to believe that this type of integrated, multidisciplinary work is the approach of the future. We all need to learn it – the engineering companies, designers, agencies, and communities – all of us.

What has influenced your design approach?
In the Netherlands, we are very good at preventing disasters from happening because we have this century-old planning machinery that is relatively top down. Also, because the country is below sea level, the only option we have is protection and prevention. Otherwise, the country would simply flood. In the U.S. though, you have the ability to calculate whether it’s better to prevent these disasters, such as in Manhattan, or prepare like in other cities. Resiliency is about fixing your boiler and wiring to the Big U and everything in between. It’s a very exciting theme.

What are the advantages of the Big U?
In the United States, issues that could be looked at and designed from a collective point of view often are not. After Hurricane Sandy, you saw all these transit authorities and DOTs who were sort of covering some holes, changing some wiring, etc. These are band-aids that need to be there now, but it would be helpful if the funding for all these projects could be linked together. With the Big U, we think a lot of the work could be done up front and for a much lower total cost.

The Big U close up 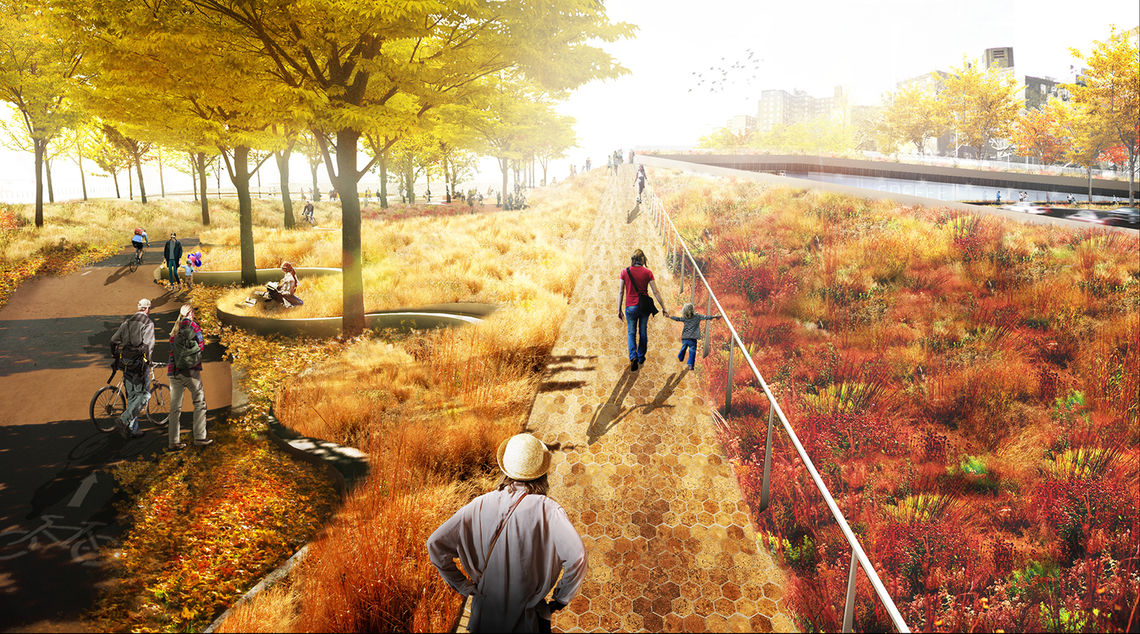 The "Big U" Credit: The Big Team

Why is risk management important?
Risk management is the crucial element of every plan. Basically, if you don’t organize a process well, you will lose a lot of money. The amount of money spent in the United States is sizeable, but spent very inefficiently. For instance, there’s $60 billion in Hurricane Sandy aid. If agencies would collaborate, the amount of money would go much further. Approximately $1.5 billion was spent on Lower Manhattan and for that we could have built that part of the Big U and there would have been enough money left over to build a school and museum there as well. Now, all the Wall Street businesses are trying to fortify their buildings one by one. It’s very inefficient.

What is most costly about projects?
The problem is not the very simple construction costs. In engineering and urban projects, once you strip everything down to labor and materials, it’s actually only 40% of the total amount spent. What actually ends up costing the most time and money is the process. Our world is complex and if you deny it, you’ll find it on your plate again later. Therefore, we have to embrace the complexity in the beginning and find a way to make it simple again. If you don’t find a way to cut the red tape early, you’re going to repeat steps, which costs more money in the long run.

Preparedness or Prevention?
Right now, insurance programs are based on the wrong models and very heavy subsidies, so it is hard to determine this. While they might get updated 10-15 years from now, my assumption is that the cost-benefits analysis will look completely different then. In terms of market research, you could start inputting stronger storms into your models and then identify where the cost-benefits ratio between preparedness and prevention starts to change. Knowing how this would help you prepare from a market view where these tipping points are and what to be ready for.

Final thoughts?
As designers, we have this broad scope where we can be of service. Of course, our design skills can be used for an engineer’s project, but we also need to be able to reposition ourselves as storytellers and facilitators so that we can bring individuals, communities, and agencies together around one vision. We should use design not only to attract people to certain issues and get them to congregate around them, but also to shape narratives about how people can benefit.