Much thought and planning go into the design of our cities and environments. While we only see the projects that reach completion, it is important to note that many designs and plans have come and gone before them. More often than imagined, major projects are started and never finished; they are left to be forgotten, holding secrets of the past and sharing insights into what could have been. This is the first post in a series about projects that share the same fate of abandonment and the bitter forgetfulness of the passing of time. These “ghost stories” provide a glimpse of just how different our nation’s built environment could have been if they had seen completion. 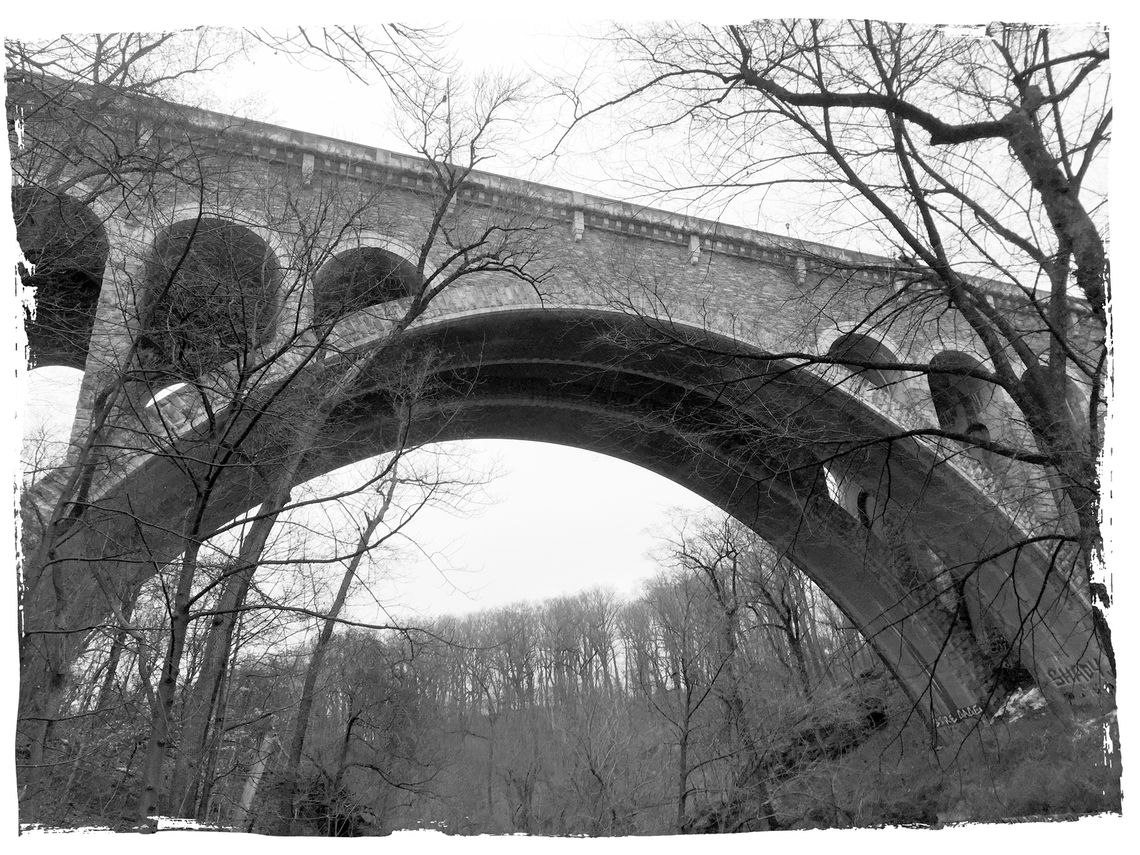 Philadelphia’s transit commissioner, A. Merrit Taylor, published a map of the future rapid transit lines in the City of Philadelphia’s 1914 Annual Report. The plan detailed many routes that Philadelphians know today, such as the Broad Street Line (BSL) and the Frankford Elevated - an early installment of today’s Market Frankford Line (MFL). Additional proposed routes are drawn alongside the BSL and MFL – including a spur that was to branch off the Broad Street Line at Allegheny Avenue – and carry service across the deep Wissahickon Valley to Roxborough. Although Taylor’s “Roxborough Spur” vision was never realized, hints of the 1913 plan lay within the substructure of the Henry Avenue Bridge that spans Wissahickon Creek and Lincoln Drive in Fairmount Park.

Completed in 1932 after nearly 20 years’ worth of proposals, the Henry Avenue Bridge is a single-span, two-ribbed reinforced concrete arch bridge. While the bridge is used for vehicular traffic, and has been since its opening, it was originally designed and constructed to carry a rapid transit rail line beneath the road deck with the hopes of connecting the Roxborough and Germantown communities to the City of Philadelphia. Upon comparing Taylor’s 1913 plan to the location of the Henry Avenue Bridge, it can most certainly be seen that the bridge was intended to accommodate his Roxborough Spur vision. But for reasons still unclear, the rapid transit line was abandoned by the City and never constructed. Instead, the tunnels beneath the Henry Avenue Bridge road deck sit quietly, a shell of a century-old transit project, waiting for trains that will never come.