With a permit to build issued November 25, 2011, the $50 million transformation ofDilworth Plaza, next to Philadelphia’s City Hall, has begun.

The design team, led by Urban Engineers, Inc. (Urban) includes world-class architects KieranTimberlake and landscape architects OLIN. Working closely with Center City District, Gilbane as owner’s representative, and the Daniel J. Keating Company as general contractor, the team’s efforts will transform an uninviting, cold-subterranean-granite space into an inviting new plaza, composed of green, shaded sitting areas and lawn, an outdoor café, and a programmable fountain that can be turned off in segments to accommodate special events, concerts, outdoor markets, and winter ice-skating. When complete, Dilworth Plaza will have 20,571 square feet of new useable area (an increase of 21%) and will result in an expanded 120,557-square-foot public space.

Dilworth Plaza sits atop the heart of the region’s robust transit network below, with direct access to four levels of transit infrastructure (Market-Frankford and Broad Street subway lines, subway-surface trolley lines, and connections to the Regional Rail line at Suburban Station). The renovated plaza will provide a new gateway to this network. It will improve commuter convenience and increase the station’s efficiency, with ridership levels projected to increase by 150,000 annually. For pedestrians, the revamped plaza will connect the Pennsylvania Convention Center’s new Broad Street entrance to South Broad’s Avenue of the Arts, link East and West Market Streets and serve as gateway to the Benjamin Franklin Parkway.

Planning and design for the project began in 2008, and more than 50 meetings were held with various stakeholder groups who reviewed and commented on its design. Dilworth Plaza is anticipated to reopen in 2014. “We are excited to see this project move into the construction phase and watch as it progresses from its current state to an open, inviting gathering space for the public,” stated Urban’s Senior Vice President and Project Manager, Andrew Scott, PE, LEED® AP. 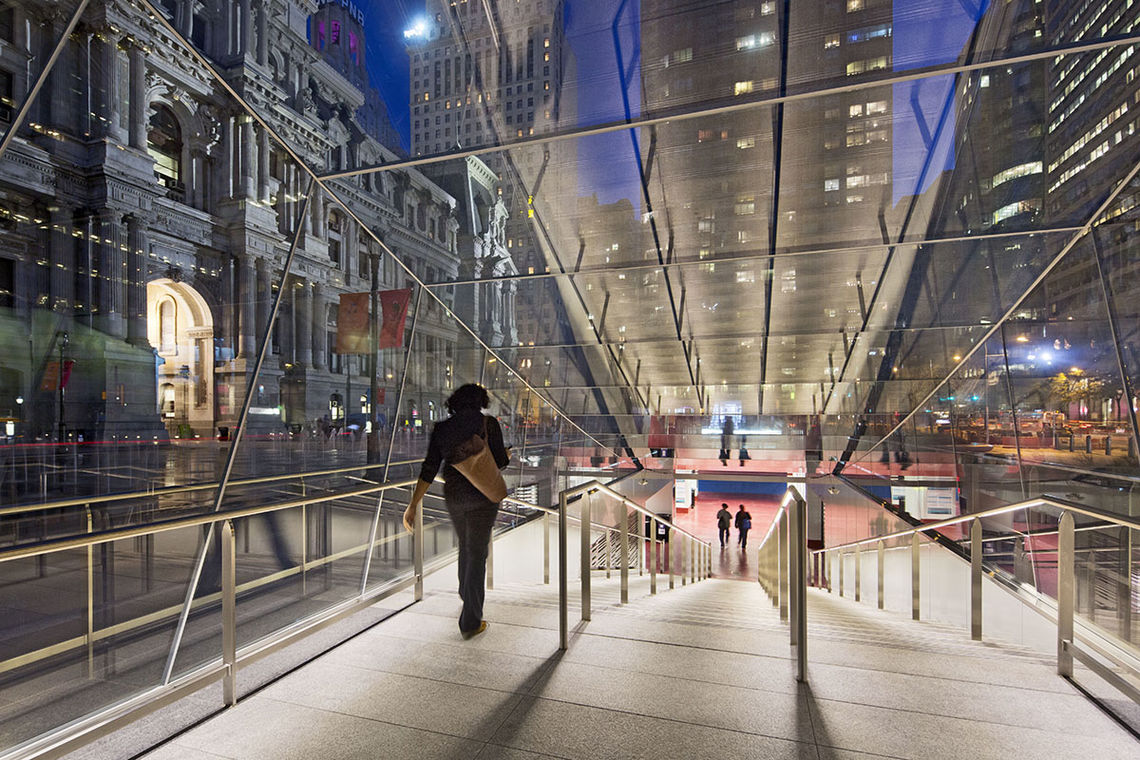